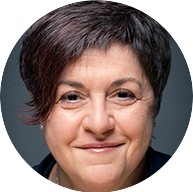 Linda is a medium that developed an astonishing sensibility for the interpretation of numbers.

Numerology comes from occult and esoteric relationships between numbers and physical objects or living things. People who believe in online Numerology claim that numbers govern much of what happens in relationships, health, finances and life in general.

There is something about the repetition of numbers and some numbers that captivate people. Some go so far as to name their children cartain names, so they correspond to a certain numerical value. But does online numerology really work?

The idea behind online Numerology is that your name and date of birth affect the cosmos and your life. For example, a birth date of 23 January 1985 corresponds to a life path number of 11.

“We know so little about the universe and we have uncertainty, people like the systems that help it explain,” said Douglas Arnold, professor of Mathematics at the University of Minnesota.

Numerology and its qualities

There is an overwhelming desire in almost every human being to know the future. The main methods of future disclosure are based on certain assumptions — that planets influence individual human beings.

The planetary position at the time of birth determines the personality of the individual. Although the entire universe is full of cosmic energy known as chitainya, it is surprising that this chaitainya vibrational force exists not only in animated beings, but also in objects.

There are nine planets that have a greater influence on human life and each of them has been assigned a particular number. At the moment a person is born, he or she is governed by a certain main planet and the secondary planet is guided by the numbers assigned to these planets.

He or she begins to radiate the vibrations of this number or of the planet by which he is governed. His physiology, his thoughts, his reason, his emotions, his ambitions, his tastes, his dislikes, his health, his career, etc., are all dominated by the number who represents him.

Curious about online numerology? Why not to try a WeMystic reading for free?