Shodo: the art of Japanese calligraphy 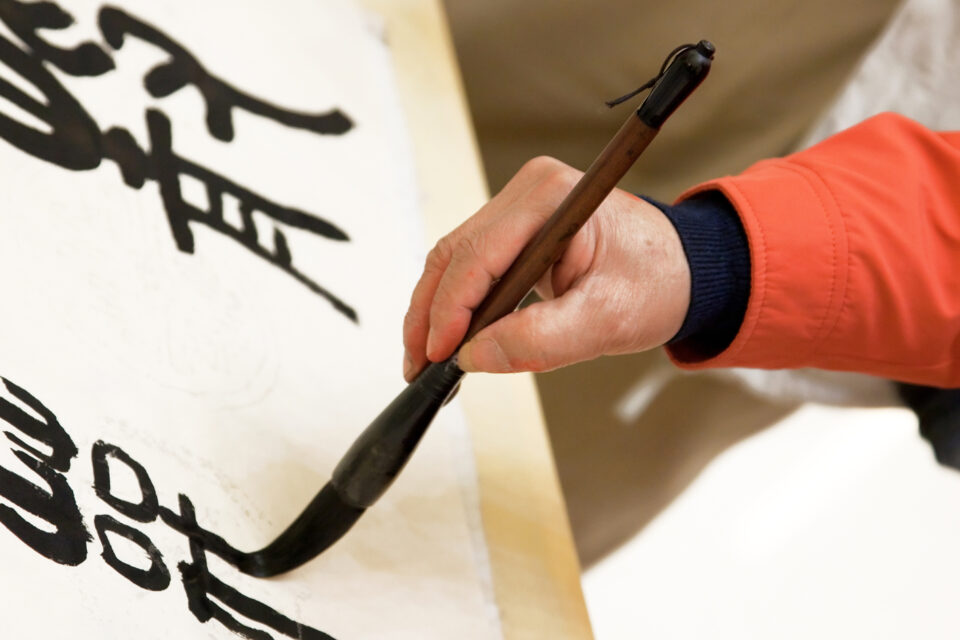 Japanese calligraphy is a very popular art in Japan. In a literal translation to english, “sho” means calligraphy/writing and “do” means way, that is, Shodo is the way of writing. Even though it’s a very old technique, Shodo is still teached today in Japanese public schools.

Let’s go a little deeper and tell you everything about the history of the art of Shodo, its meanings and techniques.

History and Tradition of Shodo

What guides the art of Japanese calligraphy is the simplicity, beauty and connection between the mind and the body. The Shodo arrived in Japan in the 6th century, coming from China. In the beginning, calligraphy was highly influenced by the Chinese style. Their experts copied Chinese poetry and texts to learn more about the art.

Throughout the Heian era (794-1185), the Japanese writing system evolved. Chinese characters (kanji) imported into Japan were still used, however, a new type of kana character system (hiragana and later katakana) was created. With these additional characters, the calligraphy has gained a unique style in the country.

The Shodo is directly connected to Zen Buddhism and is influenced by its ideals and values. Japanese calligraphy goes beyond just writing words or characters. The real key is to bring your mind and soul to work and write with your heart, otherwise it makes no sense to practice it.

The calligrapher has only one chance to write, as the writing cannot be corrected. In order to express the deepest possible meaning, it is necessary to demonstrate the artist’s emotions, personality and passion. It is still believed that the way of writing is the path to enlightenment.

Calligraphy is widely practiced by Buddhist monks. Japanese philosopher Nishida Kitaro argues that Japanese calligraphy cannot be mastered through constant practice. To write Zen calligraphy, you must have an empty mind and the characters must flow effortlessly.

This is a state of mind known as mushin, which means “conscience without conscience“. When practicing Japanese calligraphy, you need to empty your mind and focus only on the meaning of the words you are writing. 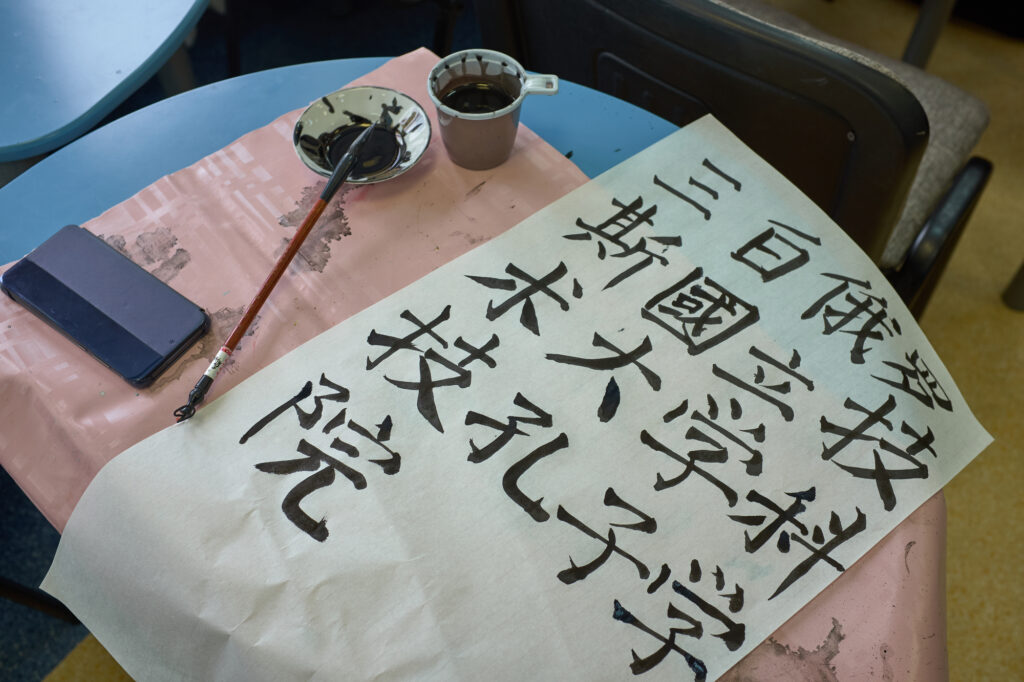 There are three styles of Japanese calligraphy and their base is the font called Kaisho. It’s considered the basis of all styles of Shodo writing and students always start at this point. This is a style similar to what we find on computer keyboards or in everyday writing. At the beginning, it’s necessary to master Kaisho to later learn more artistic styles of writing.

Gyōsho is a semi-italic style that is less formal. Literally translated as “writing in motion” it’s a more fluid style, with less angular characters. Each line must flow and be transmitted to the next. The relationship between the characters is also essential.

The most difficult to read and also the most abstract style is called Sōsho. This is a style of calligraphy that is more difficult to master. The characters must flow to each other, which means that fewer strokes are made. Sōsho’s cursive style mimics how the wind blows under the grass. The focus is on aesthetics and emotions, it’s not possible to understand or read the text that is written.

Several tools are used in Japanese calligraphy, but four of them are considered essential. These tools are the four treasures of calligraphy studies.

There are other useful tools like paper weights (bunchin) to hold the paper while writing, the mat (shitajiki), placed under the paper so that the ink does not spread.

Usually, beginners start by reproducing the characters and ideograms and, when they are ready, create their own style. At the most advanced levels, the individuality of the author comes to the fore due to the shape of the features of the ensemble, which is not limited to official calligraphy. The result is the production of incredible works of art, appreciated in galleries and contests.

To write Shodo it’s not enough just to rub the brush on the paper. The calligraphers are very thorough evaluating the size and balance of the lines, the light and dark of the ink, how easily the ink runs, how the lines are broken and nothing can be changed later.

Shodo works are exhibited in Japanese tatami rooms, in alcoves (tokonoma). Scrolls (kakejiku) hung on the walls represent Japanese calligraphy and are part of the tea ceremony (chado).

The ink and pencil are also used in painting with wet ink (sumi-e). The goal is to capture the spirit or essence of an object. Similar to Shodo, the intention is not to copy the appearance of the drawn object. But, above all, capture the image without fixing on details. Often, ink paintings are drawn hand by hand with calligraphy.

Japanese calligraphy is an ancient art that reflects Japanese culture and aesthetics. It’s one of the most important traditional arts in the country and a true popular cultural activity. 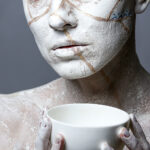 You may also like
Wabi-sabi: the imperfection can be perfect