Buddhism: the search to end suffering 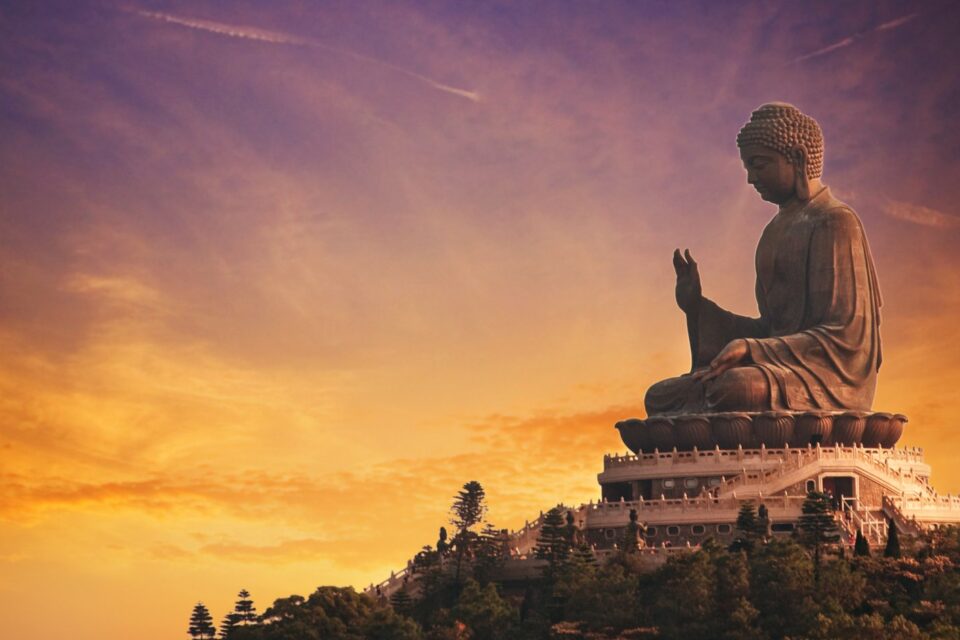 Buddhism was coded as a faith a way of life more than 2,500 years ago, by Siddharta Gautama, the first Buddha, in India. With a long history of advances and setbacks, it’s definitely one of the most popular religions nowadays, conquering more and more followers in the western world as well. It’s been even subject in the famous tv show Simpsons and is followed by top celebrities like Richard Gere or Orlando Bloom.

The moral code clearly identifies with the concerns that characterize the beginning of this millennium, as the respect for nature and animals. At the same time, the growth of mindfulness and yoga, even though the practices are not strictly connected, make Buddhism part of the set of beliefs from the oriental world that are arriving especially to the western world.

In this article, we highlight the key aspects to start understanding Buddhism.

A brief history of Buddhism

Buddhism’s roots can be found in the person of Gautama, the Buddha, who is supposed to have lived between 566 and 480, in the 5th century B.C. Siddharta was born in a rich family in Lumbini (today, Nepal), son of an Indian warrior-king. He lives the luxury life of a high cast in his early adulthood. Despite that, he ended up renouncing everything and search for fulfillment in a life of poverty.

After seven years of enduring poverty without reaching his goal, he ended giving up and started promoting the idea of the Middle Way. It consists of a lifestyle between extremes.

During his life, he ended up reuniting his own community and shared his teachings. His followers were called Sramanas, and after his death, they slowly developed into a more organized religious-like movement. 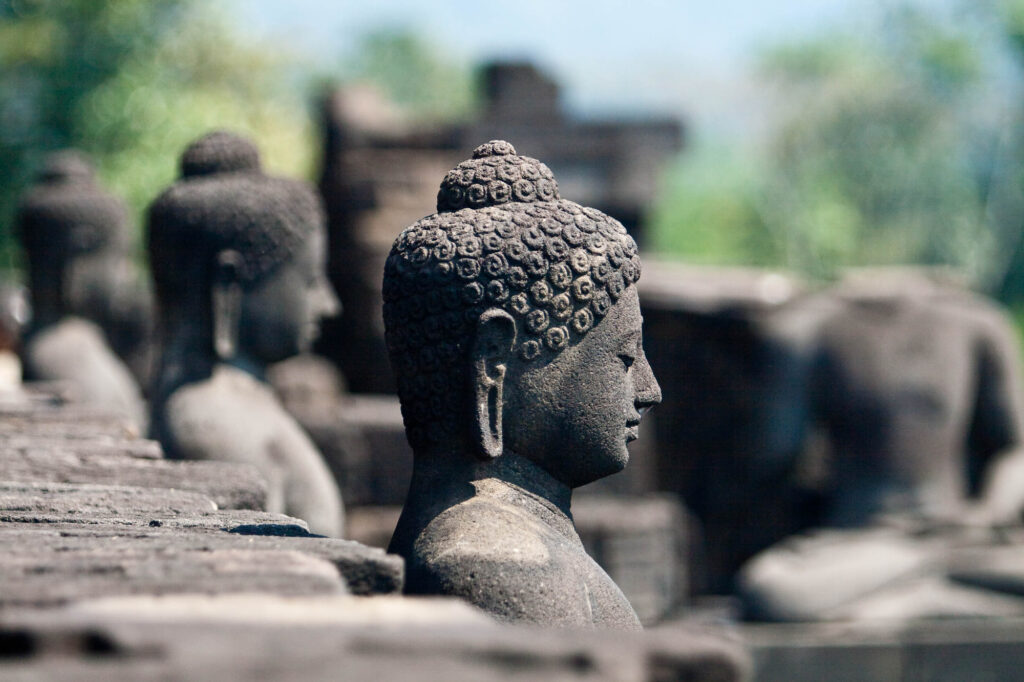 The growth of Buddhism

The community of Sramanas is in the origins of different religious codes, such as Jainism. Nonetheless, the community was limited and small during the almost two centuries, even though in India there was already a revolutionary movement around the religious and belief systems.

In the 3rd century B.C. under the power of Ashoka the Great, the Mauryan Indian Emperor, Buddhism became the official religion and was supported by the State. Monasteries were edified, and following the code of values and actions was encouraged. As a consequence, it not only spread around India but to other Asian territories, such as China, Korea, it also reached Indonesia. Its expansion resulted in multiple interpretations of the original teachings of Siddharta.

During the 6th century, the Huns invaded India and one of their actions was the destruction of the symbols of Buddhism, especially the monasteries. With time, Buddhism lost space for Islamism, which was growing in the region.

Nowadays, also as a consequence of the discovery of Asian systems of beliefs, we can find Buddhism everywhere in the world. Although there is a discussion if it’s, in fact, a religion or a lifestyle, it’s considered one of the biggest religions in the world. Around 470 million people live according to their code of values and practices. 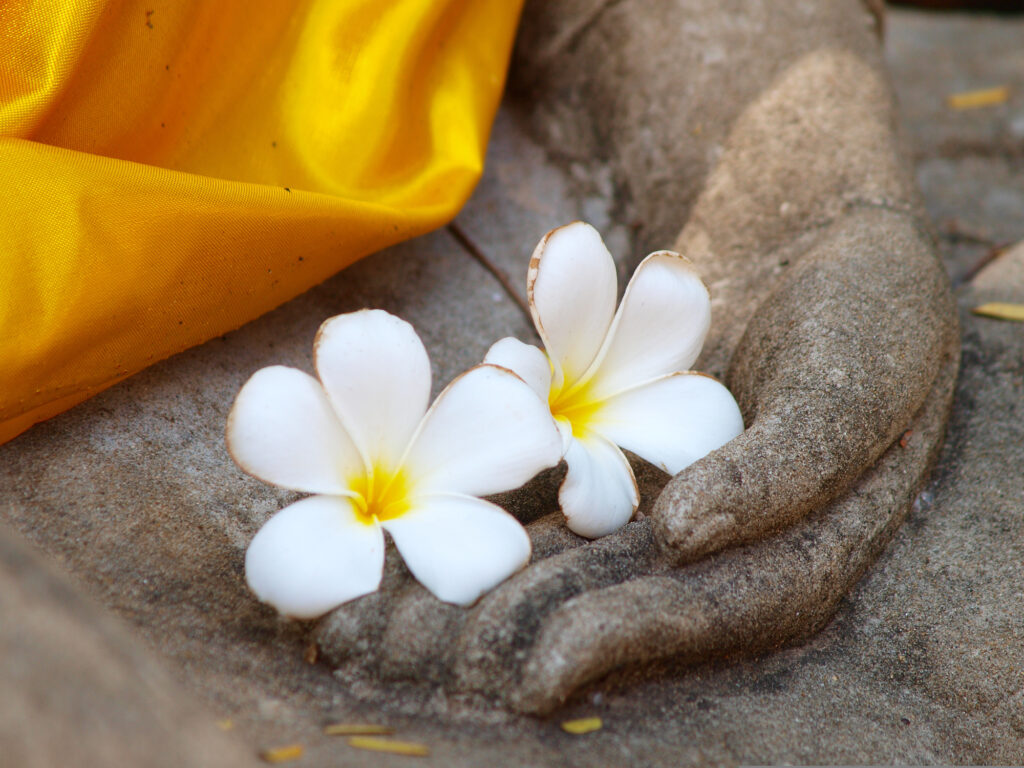 Almost everyone knows a few things about Buddhism, despite the existence of different approaches to it. We gathered some of the key aspects that define this lifestyle.

What is Dharma and why to practice Dharma?

When you suffer, whether physically or emotionally, when your mind is not at peace, what do you do? You are looking for solutions to overcome them. It can range from the innocent piece of chocolate to soothe the heart, to excess of alcohol or violence against yourself or others.

We all suffer because life puts us to the test. What to do? Philosophy is the only one to be able to bring us durable solutions, because a glass of chocolate will make you feel good for a moment, a glass of alcohol will relieve you momentarily, but these practices only repress your emotions. These are backup solutions. They are healing.

Dharma practice allows you to find inner peace so that each trial gives you more strength, so that your pure energy is never blocked or stopped. For you to live with your whole being while respecting those around you. The practice of Dharma is preventive, it will always be beneficial.

The end of suffering

Buddhism defends that we need to keep a pragmatic approach to the world, and it means to acknowledge the existence of suffering and its sources. The concepts are complex and need a deep study. Nevertheless, the basic idea is that its sources are desire, which leads to an endless craving for pleasure, and pleasure is temporarily limited; and ignorance, not seeing the world as it actually is, that leads to vices, like greed.

Buddhism also requires a life of studying and meditation that is more and more appealing in the world of nowadays.

Is Buddhism a Philosophy?

Etymologically philo means love, and sophie means wisdom. If philosophy is love of wisdom, we can say that Buddhism is a philosophy, because Wisdom is the most important quality in this practice, it predominates faith and love. The job of a Buddhist is to develop his wisdom. A Buddha is one who has his Wisdom fully developed.