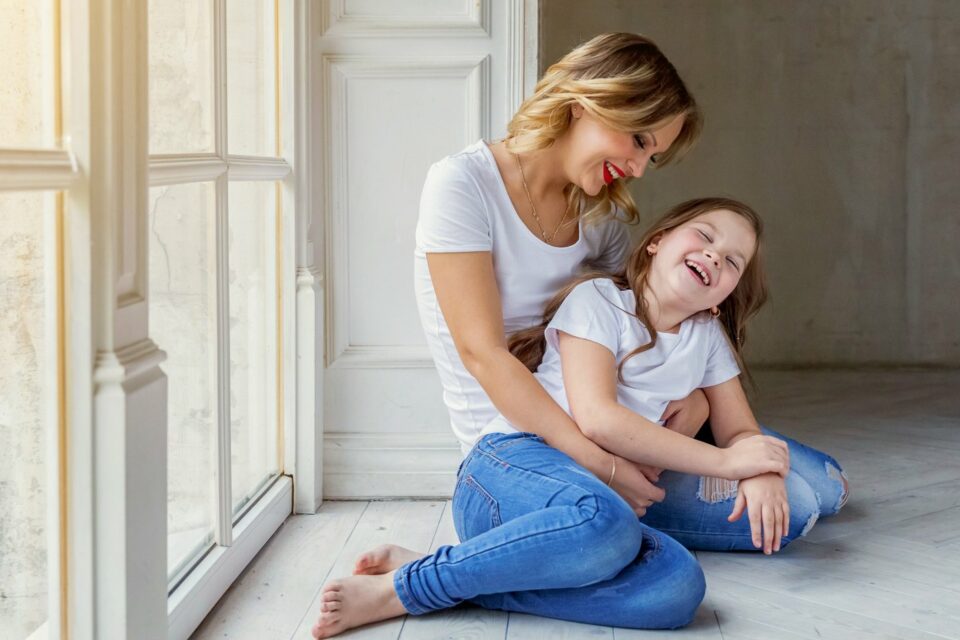 Kids rarely have the vocabulary and maturity or the emotional sophistication of adults in handling feelings like anger, frustration, or anything similar.

So when they feel the emotion, they become anything but calm, throwing temper tantrums, whining, putting up defiant acts, fighting, and getting on your nerves.

If kids are not taught to manage their emotions properly, their lack of emotional control could grow with them until they are adults. And then, it would be harder to control such habits. You know what they say about old habits dying hard. So, how do you teach your kids to be calm? Calm down and your children will follow.

Calm down and your children will follow: learn how to do this

Usually, meeting their lack of calm with your lack of calm only aggravates the situation, and it hardly ever solves the problem. In the end, you and your kids find it harder to come back to each other after that, which is not helpful to anyone.

So what do you do? Remain calm, even when all you want to do is anything but be calm. This implies that you would need to know how to remain calm in the face of anger. Recall that you are the more mature person between both parties. And have you noticed it is harder to remain angry with someone who is not even angry with you? Yes, this trick works on them like magic.

When you can remain calm in the face of their tantrums and anger, you are presenting yourself as a mature example for them to follow. Although you might not notice the effects of this immediately, the long-term effects are often hard to miss.

And when your kids get angry next time, with you or their friends, they can manage their emotions and not do anything silly that they might end up regretting later.

But assuming that all adults could manage their emotions is grossly false. And for them, it is hard to teach their kids what they don’t practice.

It’s okay if you fall into this category and we would be discussing some effective tips to help you remain calm as a parent when dealing with your kids’ outbursts. 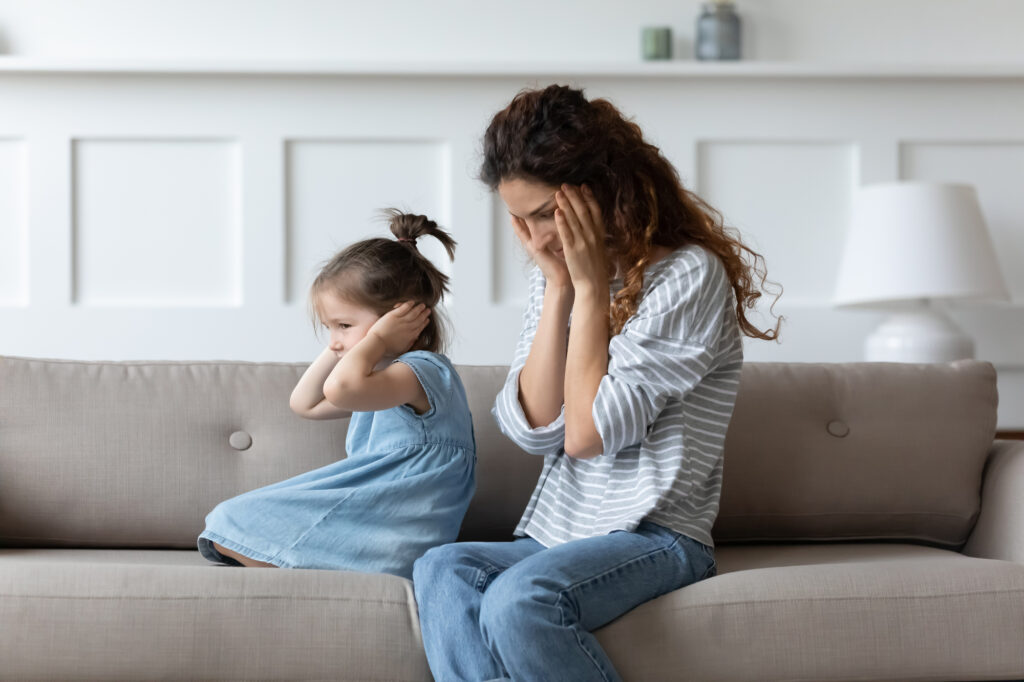 How to be calm when your kids are being difficult?

1. See things from a positive perspective

Calmness is all about how your mind perceives things. Many kids get agitated and fearful when the doctor holds a syringe close to them. But you, as a parent, know that whatever is in that syringe is ultimately for their good. So, you don’t go around getting scared like your kids, do you? That, right there, is the power of how the mind sees things.

When your kids are being difficult and are trying to get on your nerves (and maybe they are already succeeding at it), you can keep yourself calm by not seeing things as your kids trying to hurt you on purpose.

You shouldn’t see it as them being difficult just so they can give you a heck of a time. Instead, see your kids’ annoyance, frustration, and madness as just them being what they are: kids.

Yes, this could be hard. If you are not used to doing it, remaining calm when your child says hurtful things to you would be the last thing that comes to your mind, right after your face takes on all shades of red in anger. But the more you practice it, the better you get at it.

Now, don’t get me wrong. You should make them face the consequence of their actions if they deserve it. Don’t condone any inappropriate behaviors from them. But try as much as you can to remain calm, even when you have every reason not to.

Moreover, punishing your kids while you are angry is not always the best option. The kids may see it as you trying to take out your anger on them, rather than you trying to correct them. Instead, wait till you are both calm before you dole out any punishments for their improper actions.

2. Try to identify what you’re feeling

Before you bark out in anger, frustration, or irritation at your kids’ unreasonable behaviors, take a moment to identify your feelings. Are you more disappointed than angry?

Or are you merely irritated at their actions? It is possible that you are feeling more than one emotion at the same time. Pinpoint the deepest of them and ask yourself this question: why are you feeling this way?

Sometimes, the feelings that arise from within you in response to your kids’ outburst is more about you than it is about them. You may get angry when your kid disobeys a simple instruction, not because of the act of disobedience itself.

When you can process the root of that emotion you are feeling, attack that root problem first. When you work on the root cause of your feelings, it helps you to better put things into perspective, and react more maturely to your kids’ actions.

3. Take a deep breath, let it out, and take a break from the situation

When you feel hot inside after your kids have gotten you angry, that is a signal for you to take a break from that situation. Tell your kids you are too angry to talk now, and that you need to take a break so you can handle the situation later.

There is a hormone in you that floods your senses when you are angry. It is called adrenaline. Some call it the fight-or-flight hormone. It is the hormone that is triggered when you need to run from danger or face it.

It takes control away from the logical part of your brain and puts it in your muscles. As a result, you feel the urge to do something physically to let out that hormone. But when you let it out on your kids by saying kids you might regret or hitting them in anger, you would only be making matters worse.

Instead, take a deep breath, let it out, and take a break from the situation until you are calm enough to handle the situation more rationally.

4. Focus on the positive

This is probably the hardest part. Some people are programmed to have a pessimistic view of things, so optimism is far from their nature.

Such people may need to learn some optimistic habits to help them cope with the difficulties they are facing with their kids.

When your kid does something you are not happy about, try to shift your focus away from their unreasonable act to something more positive.

Something you think is going right or may go right. It helps to keep you from worrying and to stay calm in the face of your kids’ lack of calmness. 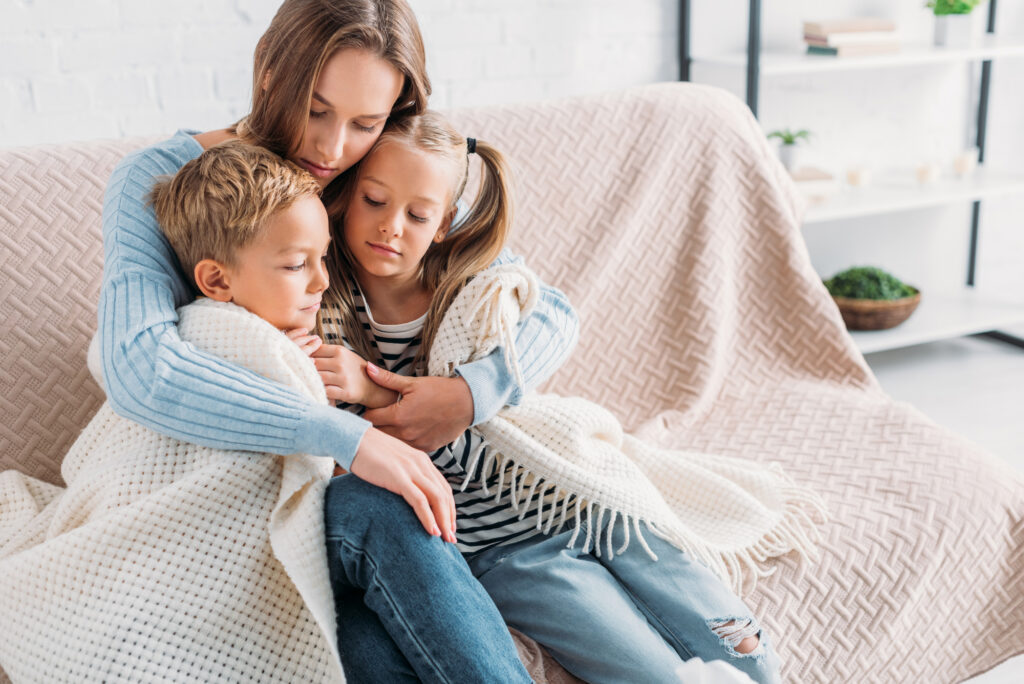 Now that you are calm…

The next thing to do is to help your kid gain their calm as well. Naturally, kids learn from what they see adults do.

So, when you remain calm even when they are angry with you, they passively learn from you.

But there are more active ways to teach your kids to be calm. These two ways have proven to be really helpful for many parents:

1. Help them express their feelings

When kids feel a host of pent-up emotions they don’t know how to express properly, they resort to tantrums, outbursts, and sometimes violence.

But when they know how to express their feelings, they don’t feel that deep need to let off some steam by doing unreasonable things or hurting others.

When your child has recovered from their outbursts and they are calm, try to talk things out with them. See if you can help them identify their feelings and get them to talk about it.

This way, no negative feelings accumulate in them to the extent that they feel the need to let it out irresponsibly.

2. Try to come up with solutions

See if you can help them come with solutions to whatever problems they might have. Remember that if they let out their negative feelings on you, you may not be the reason they had those negative feelings in the first place.

They could be going through some issues in school or with their friends. Try to get to the root of the problem and see if you can come up with solutions to help them out.

If you forget everything else, remember to never return the outbursts of your kids with your own outbursts. Show some calm. Engage regularly in effective calming activity.

It could be singing, reading, or dancing. Do whatever it is, but make sure you remain calm. 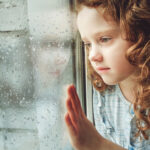 You may also like
Things toxic parents do: 8 behaviors that harm your children