The mystery of the Winchester Mansion - WeMystic

The mystery of the Winchester Mansion 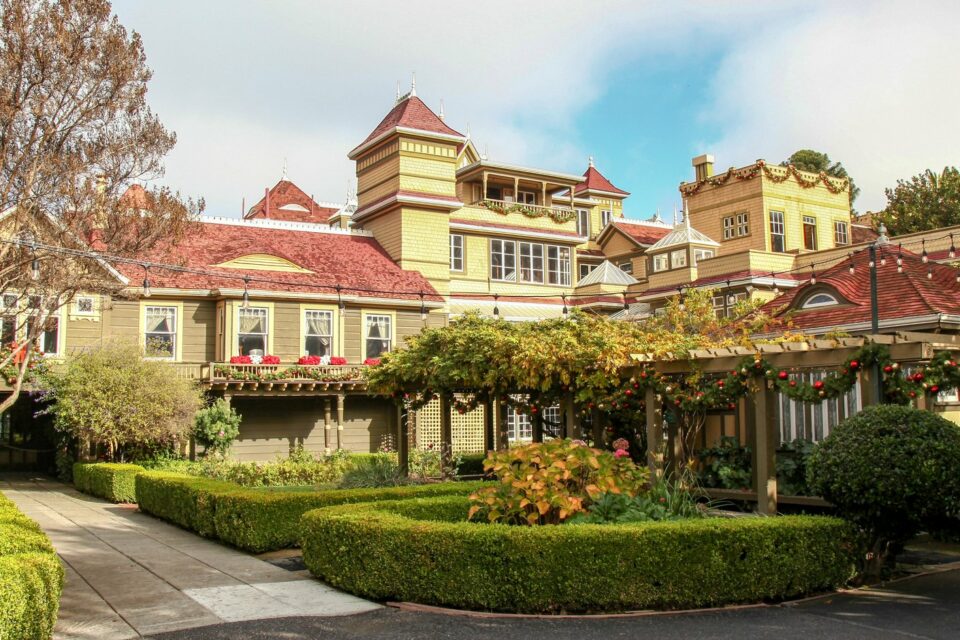 The Winchester Mansion is a sprawling Victorian mansion surrounded by manicured gardens, which from the outside appears nothing out of the ordinary. But the interior is another story.

It was one Sarah Winchester that built the mystery mansion. Strangely enough, in her will, Sarah had specified nothing for the house she had tirelessly transformed for thirty-eight years, nor for the many orchards around it. At the time of her death, the vast mansion spanned over six acres and had 160 different rooms, including 13 bathrooms and 6 kitchens, but the plans were so confusing that every time they counted the rooms, they found a different number.

So why did she build such a mysterious building in the first place?

Winchester Mansion and the reason it was built

Let the ghosts get lost

One story goes that Sarah Winchester was haunted by the spirits of those killed by the famous Winchester firearm – whose business was developed by her last husband. When the latter died, Sarah was advised to move to the West, buy a land and have a house built on it without ever stopping because when the work is done, she would die. The point here was to stun people with countless rooms and with doors and stairs leading to nowhere. The same source advised her to never to sleep in the same room.

But today, some historians have a sharper opinion on this house. It would seem that Sarah Winchester imagined this manor of the kind not because some ghosts were chasing her but well because she had no architectural vision.

Sarah instructed her workers to build a room that she called the blue room; no one ever entered it while Sarah was still alive. Only she entered there for her seances. Legend has it that the owner built this room as a gateway to the other world, and that there she received the spirits during the sessions.

The house was already seven stories high, countless rooms, several fireplaces and countless windows, when in 1906 an earthquake destroyed part of the house and threw the last three floors to the ground. 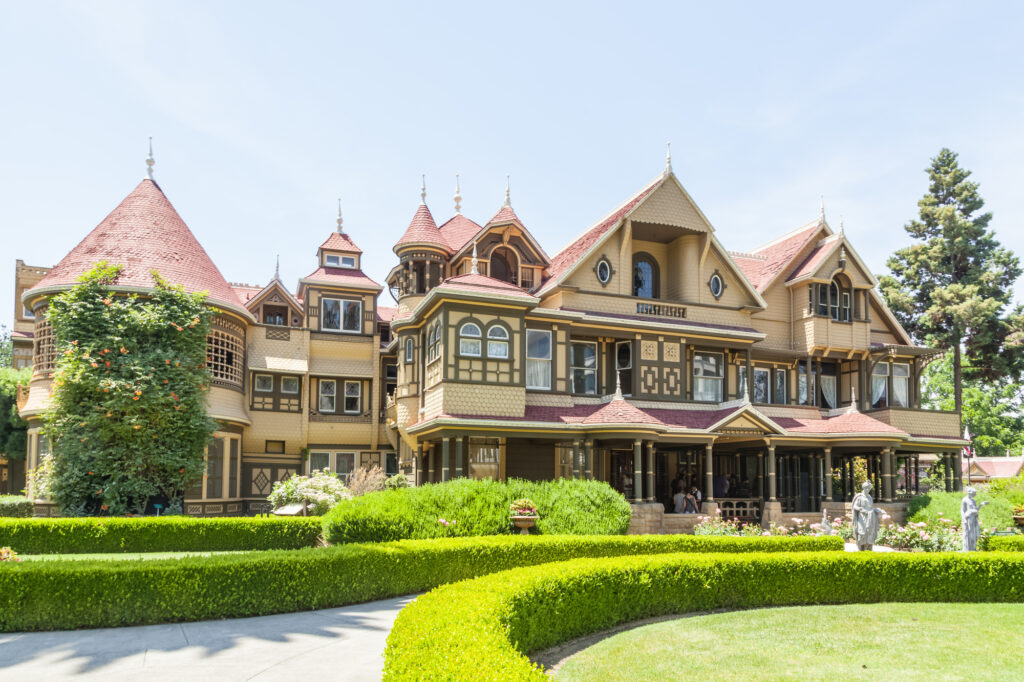 What happened to the mysterious Winchester mansion after her death?

During her old days, Sarah, who suffered from arthritis, needed a permanently assistance of a nurse, but in order to be able to move freely in the house, she had installed a new staircase with smaller steps.

The work never stopped. For 36 years, countless carpenters and workers built, increased, destroyed and rebuilt until 1922. After a seance in the blue room, Sarah went to sleep and died in her sleep at the age of 83, leaving a house with approximately 160 rooms, 47 fireplaces, more than 10,000 windows, countless stairs and doors.

Her sister, nephews and nieces inherited most of her property, but her most loyal employees also received a certain sum of money. Also, the Winchester clinic at Connecticut General Hospital received a large donation.

At that time, Sarah’s fortune had greatly diminished.

She had spent $ 5.5 million on the construction of her house, but rumors suggested that somewhere in the big house she hid a safe containing tons of jewelry as well as a solid gold table which she used during the visits of her guests.

Currently, the Winchester mansion is open for visitation and attracts many tourists looking for supernatural experiences. In addition, the site was the setting for several horror films, including the story-based film called The Curse of Winchester Mansion, premiered in 2018. 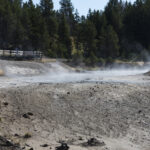 You may also like
Centralia: the story of a burning ghost town