Northern Buddhism: get to know all about it - WeMystic

Northern Buddhism: get to know all about it 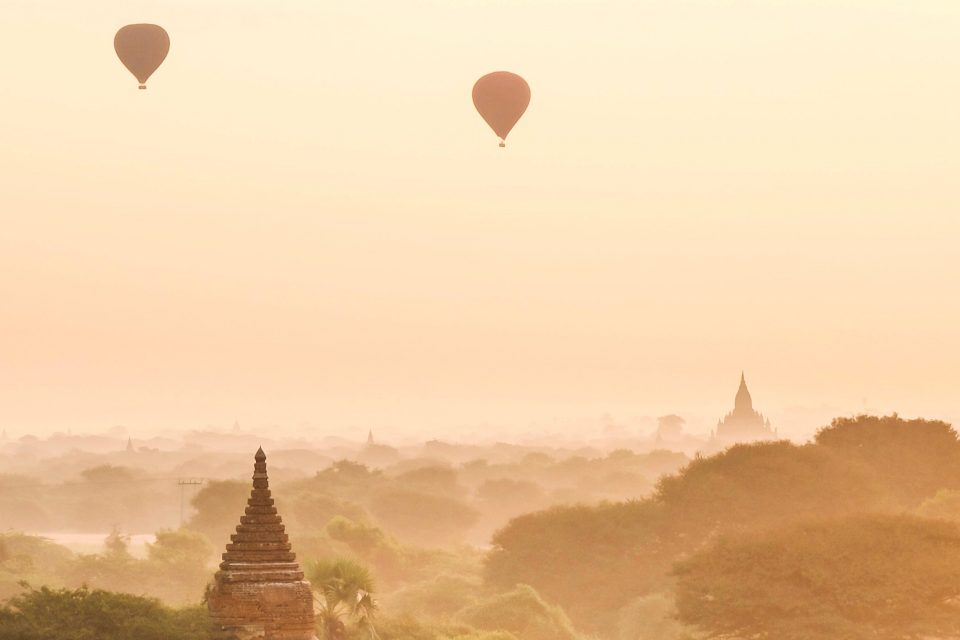 Northern Buddhism contrasts with Southern Buddhism. The first spread from India to Tibet, China, Korea and then to Japan. The second spread south to Sri Lanka, Myanmar, Thailand, Laos, and Cambodia. But the geographical division is not the only thing that distinguishes them, there are other reasons for it.

In the areas where Northern Buddhism spread, Mahayana Buddhism is predominant. Remember that Mahayana and Theravada are two of the major schools of Buddhism and preach different things.

Mahayana buddhists worship Buddha not as a person, but as a deity. They consider that there have been many enlightened ones, many Buddhas, reason why they have a theistic vein and don’t pray to a single man.

In this sense, they teach a new model of enlightenment, based on:

They consider that you don’t have to be a monk or a nun to achieve enlightenment in this life. You just need to practice the six bodhisattva virtues or perfections, namely:

For their turn Theravada buddhists believe that the path to nirvana lies in becoming a perfected being, or arhat. This path requires rigorous practice and is undertaken only by becoming a monk and passing through the following four stages:

1. Sotapanna: meaning ”one who enters the stream”, a person who realizes that he lives under an illusion and catches a glimpse of the true path.

2. Sakadagamin: meaning ”one who returns once”, a person who has shed many of his attachments to worldly things and who will only have to be reborn once more before he can achieve nirvana.

4. Arhat: meaning ”one who is worthy”, an enlightened one who will never again be reborn.

Northern Buddhism and the process of becoming a Buddha 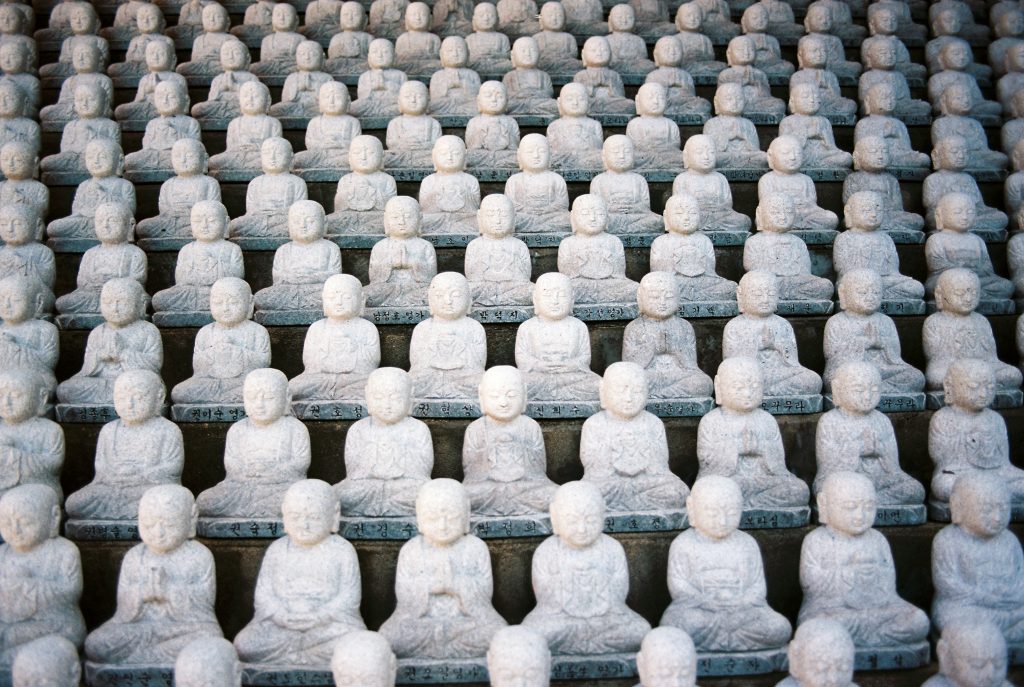 Despite the intricate relations and beliefs, for Northern Buddhism, a Manushi-Buddha is the one who has acquired such enlightenment by his previous incarnations as bodhisattva, that he is capable of receiving bodhi, or Supreme Wisdom. He has become a Tathagata and can have no more rebirths.

There are, however, some sects of the Northern Buddhism that did not adopt this system, looked upon the Manushi-Buddha as a manifestation of, or an emanation from, the Dhyani-Buddha; or, according to the system of the Tri-kaya, as a distinct nature or body (kaya) representing the embodiment of intellectual essence.

The system of the Tri-kaya supposed each Buddha to have three kaya or bodies. In other words, three distinct natures, which might be said to be living in three spheres at the same time:

On earth, as Manushi-Buddha: mortal and ascetic, having passed through innumerable transformations on earth and arrived at the Nirmana-kaya state of practical bodhi.

In Nirvana, as Dhyani-Buddha: abstract body of absolute purity, in the Dharma-kaya state of essential bodhi.

In reflex in the Rupadhatu heavens as Dhyani-Bodhisattva: body of supreme happiness, in the Sambhoga-kaya state of reflected bodhi.

In this sense, the kaya of a Manushi-Buddha is material, visible, and perishable. Being of human form, the Manushi-Buddha is born into the world and released from it by death. He did not, however, enter the world as a Buddha but as a bodhisattva, nor did he reach the stage of Buddhahood until the moment when he attained Supreme Enlightenment.

If we draw a parallel between the system of Try-Kaya and the Christian Trinity, we would have:

1. The body of transformation (Nirmana-kaya), that may be considered to correspond to Christ in the flesh;
2. The body of bliss (Sambhoga-kaya), either to Christ in glory or to the Holy Ghost;
3. Dharmakaya to the Godhead.

There is another curiosity about the transformation of a bodhisattva into a Buddha. It is believed by the Mahayanists that when the bodhisattva arrived at the stage of bodhi, he would have acquired the thirty-two superior and eighty inferior outward marks of a Buddha.

This because they believe that the future Buddha would have all the outward signs at his last rebirth. But the representations of bodhi as a child do not show the protuberance on the skull (ushnisha) – which is the most important and probably the last acquired of the thirty-two outward signs.

Nor as an ascetic is he represented with the full-sized ushnisha. It is only after his attainment of Supreme Wisdom that the representations of the Buddha show the fully-developed protuberance on the skull — the receptacle of the divine mind, which was thought too great to be held in a normalsized skull.