Numerology of the number six - WeMystic

Numerology of the number six 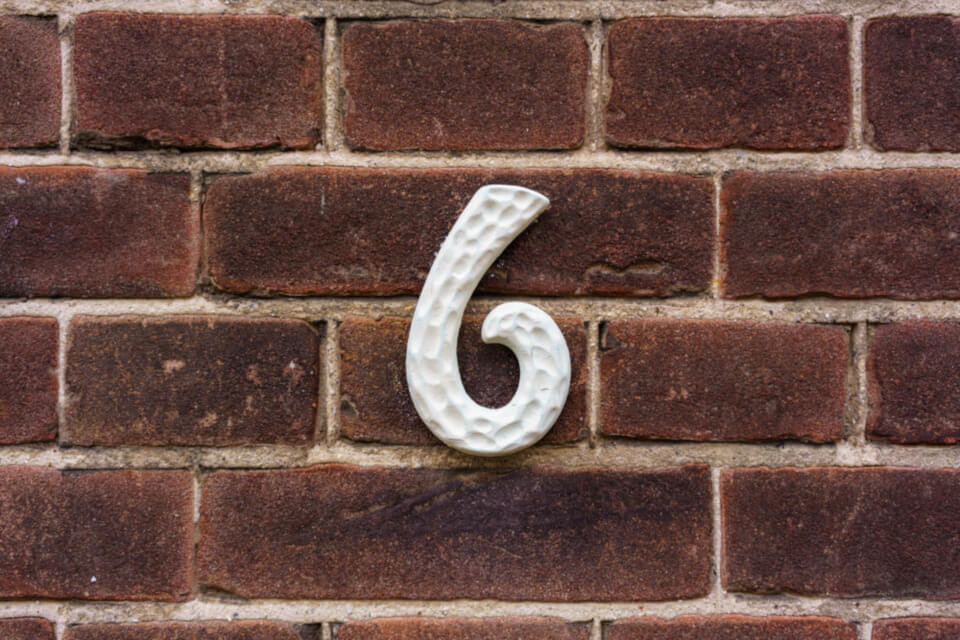 Numerology has consistently proven to be one of the most constant sciences in humanity. Throughout many cultures and civilizations, it has taken on different interpretations; yet the proof of its influence has remained. One of the most significant numbers to understand at this time on Earth is number six.

The number six is so detrimental to understand at this pivotal time in the physical realm, that we have to dive deeper into its meaning. As we have discussed in our Numerology articles, one of the very few constants in the Universe is numerical value.

All that we know, in this existence and beyond, is somehow composed of a number weight of some kind. Whether it be physics, astronomy, monetary currency, or even the composition of any type of matter (which is everything!), underneath the surface lies the vibrational frequency of numbers.

In this article we will discuss the number six in depth. This will include aspects of its physical shape and vibrational correlations that lend itself to both the science of astrology and to the intuitive practice of tarot readings. 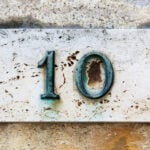 You may also like
Numerology of the number ten

The Energetic Frequency of the Number Six

The energy that the number six possesses happens to be the most harmonious energetic frequency of all of the cardinal numbers (or single-digit numbers 1 through 9). The vibration of the number six is one of a more feminine-biased nature, that is an intermix of traits that are of opposite polarity.

For example, the number six holds an energy of both idealism with stability – a higher inner wisdom, with a down-to-Earth practicality. These mental and physical elements combined end up being the perfect recipe for a peaceful and harmonious existential energy.

Number six is the most nurturing of the single digit numbers. It emanates unconditional love, compassion, and an instinct of protection and caretaking. Think of the most maternal or motherly energy you have ever experienced; that is the energy of the number six to the core.

Now add in a very “grounded” common sense, that also contains such supreme wisdom, one that can not only solve problems logically, but also do so in a very fair way. It carries a frequency of analytic skill of the mother, alongside the domestic and familial connection that relates to spouses, children, and domestic life at home.

Visual Interpretation of the Number Six

The shape of the number six, as with all of the cardinal numbers, displays the energy it holds within. It is known in Numerology that numbers having any type of a circular shape tend to exude a more feminine-based and loving frequency.

This obviously relates to the intrinsic energy of the nurturing number six.The visual shape of the numerical 6 can be symbolized by a spirit “pregnant” with unconditional love and compassion.

Zodiac Relationships to the Number Six

Virgo is the 6th sign of the astrological zodiac, which is symbolized by “The Virgin.” Ruled by the planet of communication Mercury, Virgo is also an Earth sign. Earth signs always reflect the utmost example of a practical and grounded energy.

The Earth sign Virgo, however, sprinkles in some other qualities that make it one of the most unique astrological signs of the zodiac. Virgo energy embodies each of the individual definitions of innocence, analysis, and perfectionism.

The vibration surrounding Virgo is one of hard work, criticism, and attention to detail that eventually (but not surprisingly) manifests in the physical realm.

This zodiac sign is the purest reflection of communication – but this energy is also one that contemplates deeply, thinks before speaking, and absolutely considers all angles before taking action. You may find a Virgo child organizing their blocks perfectly by color, as opposed to creating a tower to knock down – they enjoy everything being in their correct place.

A very intuitive sign, they’re constantly “in their head” deciphering information – but one of their strongest talents lies in the ability to discern information based on morals. Injustice is never tolerated, and anything that concerns the improvement of the collective is where priority will always remain.

The 6th card in the Major Arcana is The Lovers card. Contrary to the belief of amateurs, this card is not necessarily reflective of “love” itself, but more so reflects major life choices and commitment.

Oftentimes this will relate to romantic relationships, but it is also represents the energy given off by partnerships of any kind (such as in business, friendships, etc.).

When this card appears, the meaning is deeper than simply relationships and love. The illustration on The Lovers card portrays a certain sense of duality. A man and a woman are displayed, one standing by what is known as the Tree of Life, while the other stands near the Tree of Knowledge .

It seems as though they are both debating on one of two choices: following their heart (intuition and spirit), or following their temptations (responsibilities in the physical dimension).

The Number Six expresses an energy of nurturing and balanced stability

The expression of the number six is the most balanced of all single-digit cardinal numbers, and gives off an energy of higher love combined with Earthly practicality. Even though its shape goes in opposite directions, it is stable.

Number six reminds us that we are always manifesting here in the physical realm, so we must keep our thoughts and actions ones of unconditional love; this will always lead us on the best path along our journey toward spiritual growth.