Astrology 2020: a forecast for the 12 zodiac signs - WeMystic

Astrology 2020: a forecast for the 12 zodiac signs 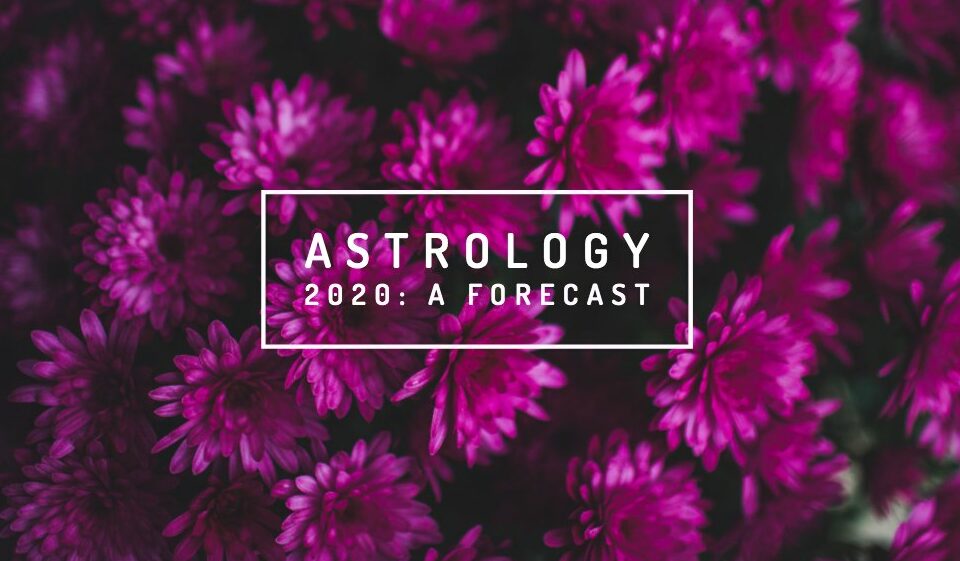 The year 2020 will be characterized by interesting astrological events, such as the conjunction of Saturn and Pluto, an event that only occurs once every 34 years, and this time it will happen under the influence of Capricorn, on January 12. Want to know more about Astrology 2020?

We will witness 6 eclipses (four lunar eclipses and two solar eclipses); three retrogradations of Mercury; Saturn’s entry in Aquarius; the retrogradation of Venus in Gemini and Mars in Aries; the North Node in the sign of the twins, and the South Node in Sagittarius.

On January 27, Lilith will enter Aries, where it will remain until October 2020. With this astrological position, there is a powerful link with the instinctive nature of being, but also a tendency to commit impulsive acts, and seek conflict.

On the other hand, the retrogradation of Mars in Aries (09/09), can increase the reactivity of the native, and the tendency to suffer episodes of irritability. The practice of meditation and relaxation techniques will be fundamental tools to overcome this transit.

Venus, the ruling planet of Taurus, will begin to retrograde, on May 13, in the House II of Taurus. This transit warns us about the importance of not basing self-esteem on the accumulation of material objects, and taking care of internal dialogue.

The Blue Moon in Taurus, on October 31st, will be the opportunity to capture those behavior patterns that prevent the expression of your talents, with confidence and assertiveness.

Venus, planet of desire, will be retrograde in Gemini from May 13 to June 25, which will bring out the insecurities of the natives, with respect to their self-esteem and personal appearance.

Two of the main astrological events, which will take place in June 2020, will have a profound impact on the Geminian nature: the Venus Star Point in the sign of the twins (06/03), and the entrance of the North Node in Gemini (06/04) .

The Venus Star Point in Gemini refers to the motivation to invest in education itself, personal development, travel and new experiences; while the North Node in the sign of the twins constitutes an invitation to project yourself to the future, think before speaking, and listen to the ideas of third parties.

On January 10, the full moon penumbral eclipse in Cancer will take place, an event that points to the connection with the emotional world of the individual, and the recognition of internal patterns, rooted since childhood, that must be overcome.

For the natives of Cancer, the retrogradation of Mercury (06/18), increases susceptibility to diseases of an allergic, infectious or respiratory nature.

In March 2020, three stars will transit in House VII of Leo, where the dwarf planet Ceres remains. We talk about Mercury, Saturn and Mars that will make their entry into this sector of the astral map, on 04, 21 and 03/30.

Although the transit of Mercury, over House VII of Leo, is of short duration, it will place on the table some issues that have a negative impact on personal relationships, such as misunderstanding of ideas, manipulation, aggressiveness and skepticism.

The subsequent entry of Saturn and Mars in the House VII of Leo, points to the need to establish responsibilities and engage in a mature and honest dialogue, which defines the course to follow.

Mercury, the ruling planet of Virgo, will begin to retrograde in your House VII, on February 16, which can provoke discussions between couples. Avoid victimization, and focus on what really causes discomfort.

The beginning of the phase of apparent retrogradation of Venus in the X House of Virgo (05/13), will raise intense questions about the native’s vocation, and their search for vital purpose.

Venus, the ruling planet of Libra, will begin a retrogradation process, on 05/13, in your House IX, translating into inconveniences that delay the resolution of trips and academic procedures. Desire is not enough, you must work for your dreams.

In another order of ideas, Mercury will be in a phase of apparent retrograde motion in the sign of the balance, from October 27 to November 2. Although it is a short transit, it is convenient to use it to analyze the way you express your ideas, and how you dialogue with yourself.

October 2020 will be a complicated year for the health of the sons and daughters of Scorpio. The relief and energy gained, with the beginning of Pluto’s direct trajectory (10/04) and the entry of the Sun in Scorpio (10/22), will be diminished by the presence of retrograde Mars and Chiron in Scorpio’s House VI, and the apparent retrograde motion of Mercury in the same location, from October 13 to 26.

On June 4, the South Node will move to Sagittarius, resulting in a change of consciousness, recognition of the value of humility, and of transmitting one’s own wisdom and experience to new generations.

On the other hand, on 05/06 the full moon penumbral eclipse will take place in Sagittarius, which will raise questions about your individuality, and how you manage the influence you have on others.

The stellium (accumulation of planets) formed in December 2019, under the influence of Capricorn, will continue active during January, February, and part of March 2020.

This configuration in the sign of the goat suggests the importance of practicing self-control, cultivating a patient attitude, not allowing oneself to gain selfishness, learning to delegate and working in partnership.

In the same way, and as part of its annual retrogradation process, Saturn will return to Capricorn on 07/01, which will put the creation of healthy limits under the spotlight, which can protect you from third-party breaches of trust.

From March 04 to 08, retrograde Mercury will be moving over Aquarius. Although it is a short transit, it is advisable to take precautions against the possibility of contracting respiratory or allergic conditions.

Also, on March 21, Saturn will enter Aquarius, aiming to take responsibility for your actions, work on the imposition of healthy limits, and flexible thinking (avoid stiffness in ideas and opinions).

Mercury will begin to retrograde in Pisces on 02/16, which, in addition to generating some confusion, suggests a greater susceptibility to nervous diseases, respiratory conditions, and allergies.

On March 16, Mercury will re-enter Pisces, this time in direct trajectory, conferring inspiration and mental clarity to the subject, to define the course of the actions, which will impact on their immediate future.