I Ching: more than an Oracle, a Book of Wisdom - WeMystic

I Ching: more than an Oracle, a Book of Wisdom 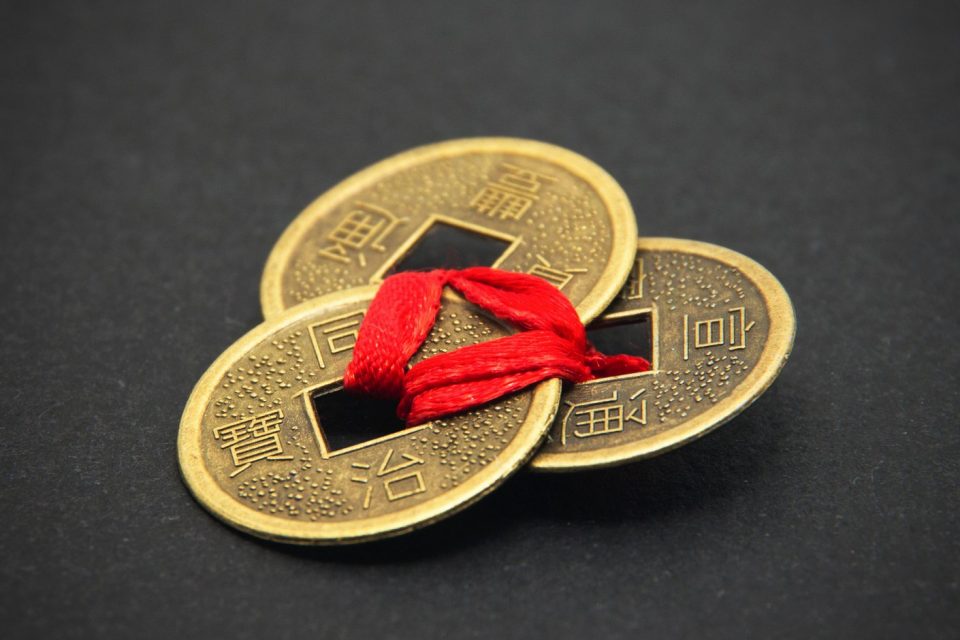 The I Ching, also known as the “Book of Changes,” came about more than three thousand years ago, at a time when religious studies were largely myth-based. As is well known, the Chinese classics are one of the oldest in the world and have been composed, over time, by several layers – and from there they have gained a great importance among scholars.

A long time after its creation, psychoanalysts and philosophers began studying it; from there, people began to use it as a powerful tool of divination. Based on balance with nature and the mutation conducted by the forces of the cosmos, this book is a system of wisdom that guides people in their decision-making

I Ching: how does it work?

The oracle I Ching is based on the interpretation of 64 hexagrams. They are obtained from the combinations of 8 main trigrams; these form the Pa-Kua, known in the West as Ba-Gua.

The trigrams are symbols composed of 3 horizontal lines (continuous and discontinuous), placed in column (one on the other); while the hexagrams are integrated by 6 strokes, in the same arrangement.

The purpose of consulting it as an oracular system is to obtain information about a particular situation of the consultant and then to offer them advice that favors the favorable unfolding of events.

Eastern culture is a great source of wisdom, so consulting this book is a way of learning how to deal with multiple situations. It can help you make decisions in various areas of your life, and for that reason, it should be looked at with great respect.

How are trigrams and hexagrams obtained?

Initially, the I Ching soothsayers used 50 stems of thousand leaves (a species also called yarrow) to obtain the trigrams and hexagrams. It was a very elaborate and slow system, which implied in mathematical operations of some complexity.

Subsequently, the method was simplified, and the plant stems were replaced by 3 Chinese coins; or conventional coins and current use (with the same denomination). This system is most commonly used in the West, where I Ching practitioners assign a number for each side of the coin: 3 for heads and 2 for tail.

The 3 is considered a number associated with Yang energy and the 2 with Yin. In addition, the use of smaller figures helps to facilitate the mathematical operations, linked to the process of obtaining the symbols. Once the value of the elements is defined, the interpreter takes the 3 coins in his hands. He then visualizes the question asked by the querent, and throws them on a table or hard surface covered by a cloth or rug.

You should ask a practical question about your life, mentally or aloud. In order for the result to be better, you must be well focused and have positive thinking. Soft music, incense and candles also help creating the right mood. If the sum of the value released by the three coins is an odd number, a continuous line (Yang) is drawn, if it is an even number, a broken line (Yin) is drawn.

Trigrams and hexagrams must be created from the bottom up (the first line is the bottom). The coins have to be thrown in 3 opportunities to obtain a trigram, and 6 for the hexagram (a hexagram is composed of two trigrams, placed one above the other). 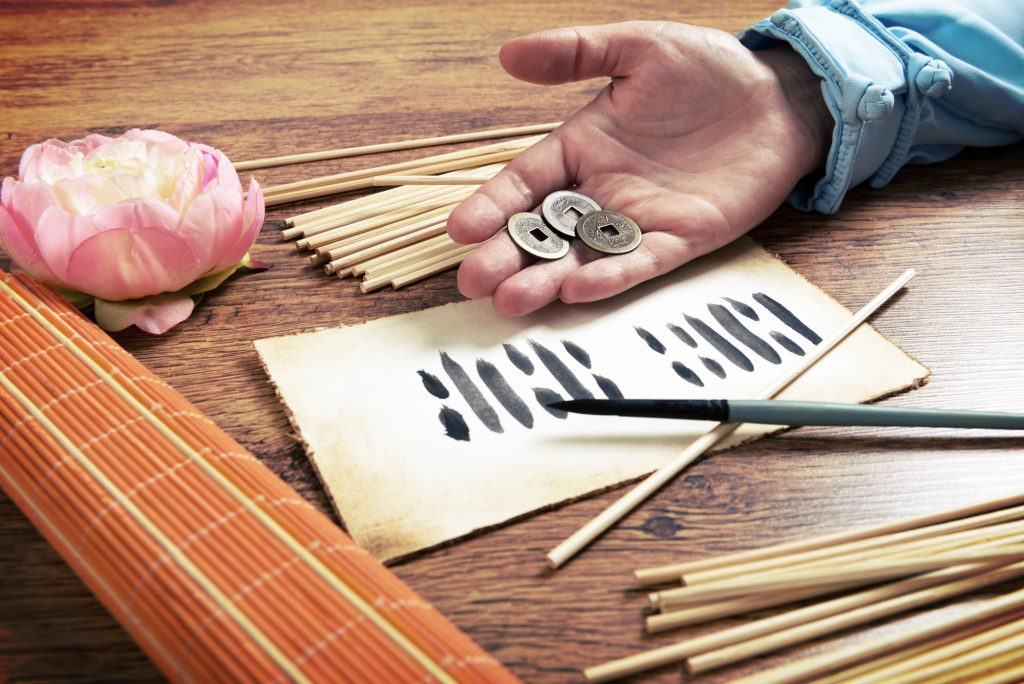 The Changing Lines of I Ching

It is important to emphasize that in the study of trigrams and hexagrams, the lines that are drawn, from a 6 or a 9 (as a result of the summation), are called “mutable lines”. The appearance of mutable lines requires the creation of a complementary form, which will be equal to the first; except that it will change the nature of the lines having values ​​6 and 9, which will change from discontinuous to continuous, and vice versa.

However, since there were two mutable lines (6 and 9), we drew a second hexagram next to it, which would be (from the bottom up) a continuous line; a broken line; a broken line; one continuous line; and two solid lines at the top. The second or complementary hexagram will give us additional information about the querent’s problem and its evolution, as suggested by the first symbol.