Numerology of the number four - WeMystic

Numerology of the number four 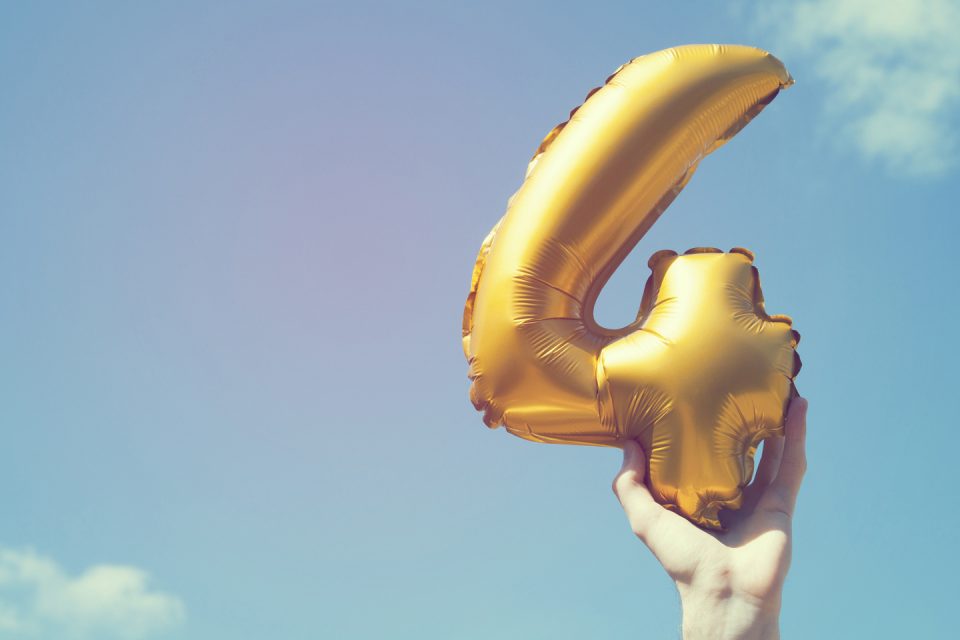 The science of numbers and their energetic vibration is called Numerology, the most fascinating truth in our Universe. Those who study math or science know they are two of the very few studies that remain constant – this is why Numerology is so epic. Number four is one that’s detrimental to understand.

Numbers have a huge influence in our daily lives, mostly in ways that cannot be understood until the veil is lifted. Numerology can assist us in many areas of our lives, including not only your personal life and career, but also with your journey to spiritual growth.

Numerology can also help us understand this physical realm a little better while we are here on Earth. The first 9 single-digit numbers are called Cardinal Numbers, which make up every single other number in existence.

Here we’ll discuss the intrinsic value and energy of the Number 4, including it’s visible structure and relationships with the zodiac and the tarot.

The Energetic Frequency of the Number Four

Number four is the “Foundation Builder” of the 9 single-digit cardinal numbers in Numerology. This is because it gives off a strong masculine vibration of stability, security, practicality, and order-based worker energy.

The number four reflects a diligent and goal-oriented frequency, which sometimes includes an aspect of control and even restriction. It represents never cutting corners to get what you want, but rather utilizing a quiet, introverted mindset to brings things to completion.

Though the 4 may not emanate a social vibration, it reflects the “Salt of the Earth,” an energy that builds foundations of lasting value. This is something not one of us here in the physical could survive without. The number four is all about internal thoughts being manifested into the physical in a practical way.

It is no coincidence that there are many related concepts that revolve around the Number 4 . Some examples that have lasted the test of time throughout multiple cultures and realities include:

The stabilized energy of the 4 is reflective of being able to undertake difficult tasks with a methodical sense of organization and strength. Other significant attributes carried by the number four include patience, productivity, dependability, and obedience.

This vibration is more traditional and conventional, as opposed to spontaneous or imaginative. Another fun fact: just as the Pythagoreans considered number three “the first real number”, they considered the number four to be the absolute “perfect” number.

Visual Interpretation of the Number Four

The number four has a shape that is undoubtedly reflective of its natural energy. Think about the square. A square has 4 equal sides, showing its spiritual and vibrational significance of organization, solidity, and how it is foundationally built to last.

Squares also have 4 hard angles, which also symbolize a straight-edged attitude – like when someone is called a “square”. But being called a “square” should be considered a compliment; a square has no weak points, is equal and balanced on all sides, and is stable and static, as opposed to dynamic or circular.

Zodiac Relationships to the Number Four

The fourth sign of the astrological zodiac is Cancer. It is the only sign ruled by the Moon. Therefore Cancer is considered the “Nurturer” of the zodiac, as the Moon is the divine feminine reflection of our inner self, emotions and desires.

Cancer is represented by the glyph of the Crab, which so very obviously displays the characteristics of this sign. A crab possesses a hard and tough exterior, while holding a very sensitive and soft interior – and this shows the energy of Cancer to a tee.

Cancer resists any kind of change, and then retreats to their inner to shield themselves. As a water sign, Cancers are natural born detectives, and as a Cardinal quadruplicity they are initiative. But their emotions rule them, which creates a balance of strength versus vulnerability.

The fourth card in the Major Arcana of the Tarot deck is The Emperor. The Emperor is considered the ultimate in authority and masculinity, like the “father figure” of the tarot deck. He is both the protector and the provider.

The Emperor is the person who assures security to the people around him, and utilizes his personal experiences to assist with wisdom. He distributes guidance, via the wisdom he has obtained on his journey, to the generations that follow his own.

The Emperor easily creates order out of chaos, because he maps out his intuition completely and devises the ultimate plan of action. This indicates an ability to manifest ideas into the physical realm. He also sits on a throne made of stone, one that is unmistakably secure and sturdy.

The number four encompasses the energy of building foundations that will be made to last. No matter the goal, or how long it takes, a 4 energy will be sure to utilize their mental strength while taking positive strides toward goals.

The Universe is always on our side, and will help you advance along your journey as long as you put in the necessary preparation and effort toward your plans.