Symbology of Ganesha: protection and the removal of obstacles - WeMystic

Symbology of Ganesha: protection and the removal of obstacles 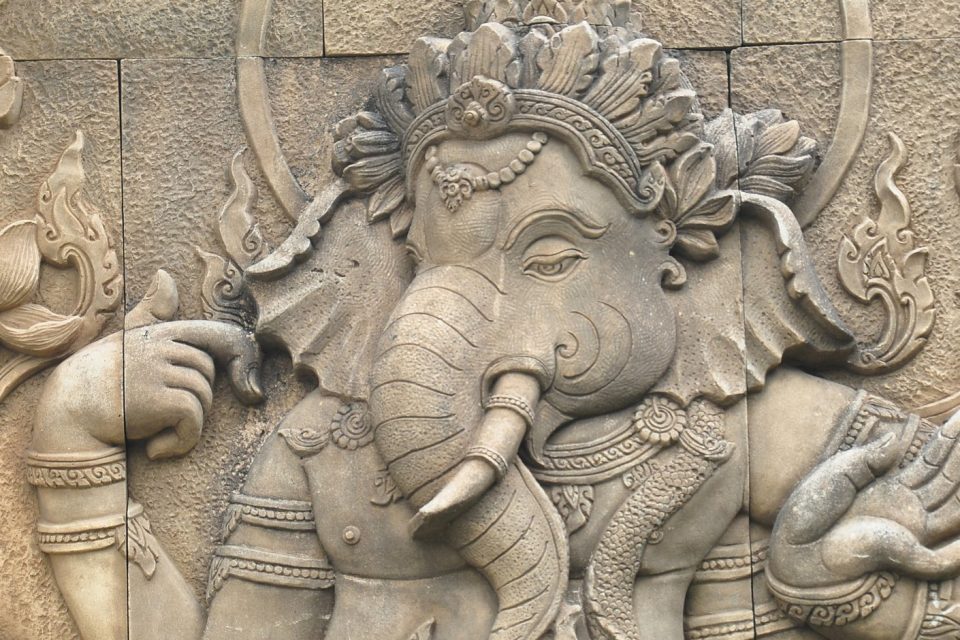 The symbology of Ganesha is a great way to start understanding the culture that comes along with yoga. Ganesha is the son of Shiva and Parvati, and is part of the Indian tradition, based on the Vedas, the scriptures that are the base of the entire Hindu culture.

Hundreds of deities are worshiped in India, each with its own meaning and symbology. Although it looks polytheistic, Vedic Culture considers that all deities represent a characteristic of God.

The symbology of Ganesha and his story

Despite the fact that these deities are not approached as real individuals, that exist in one place, and they are symbols of characteristics of the world, each of them as their own story. That’s why understanding their meaning is so important. Only through that, worship can be understood, and here we explore the symbology of Ganesha. But first, let’s start with his story.

Parvati, Shiva’s wife, told her husband taurus to guard the door while she was going to take a long bath.

In the meantime, Shiva arrived home from his daily meditation and Nandi, the taurus, couldn’t stop him from going inside his house. Parvati was really upset about it, and her friends advised her to have her own protector, since Nandi was faithful to Shiva.

When Parvati went bathing again, she created her own protector from dust. It was a strong kid named Vinayaka “the one who removes obstacles”. When Shiva returned from his meditation, he was forbidden by the kid who presented himself as Parvati’s son.

Despite the argument that it was his own house, Vinayaka didn’t let Shiva in and beat him, leaving the deity really upset.

After fighting many battles and demonstrating its tremendous strength, Shiva finally beat the kid and ripped of his head. Parvati saw the battle and was so upset that she started her fight between her army, the Devis, and Shiva’s army, the Devas. Her army finally won the battle and she declared that could only forgive them unless they could bring her son back to life.

Shiva ordered his army to find the head of the first animal they find which was an elephant with a broken tusk.

After coming back to life, Parvati told the Vedas her son would be the removal of all obstacles and should be worshiped. Shiva also named him the chief of the army of Ganas, and from that moment on he was also called Ganesha.

The meaning and symbolism of Ganesha

The symbology of Ganesha represents the removal of the obstacles and his worship before any new enterprise, being for that constantly remembered and therefore extremely popular. But this deity has other meanings associated, namely the intellect and the wise and thoughtful actions and decisions.

He is also considered the lord of the groups, so it’s normal to find groups and organizations honoring him. Its big head is in contrast with its vehicle, the rat, which has the goal of making clear that not only big things are important, but that God is present in both big and small things in life and in the universe.

It also points to meanings of knowledge and self-knowledge, since elephants are recognized for their sensitivity and intelligence.

It’s possible to explore even deeper the importance of Ganesha, since is such a complex deity. It’s common to see people worshiping Ganesha all over the world, since it’s so easy to understand its importance and protection.