Blood Moon: spiritual meaning and a ritual to prosperity - WeMystic

Blood Moon: spiritual meaning and a ritual to prosperity 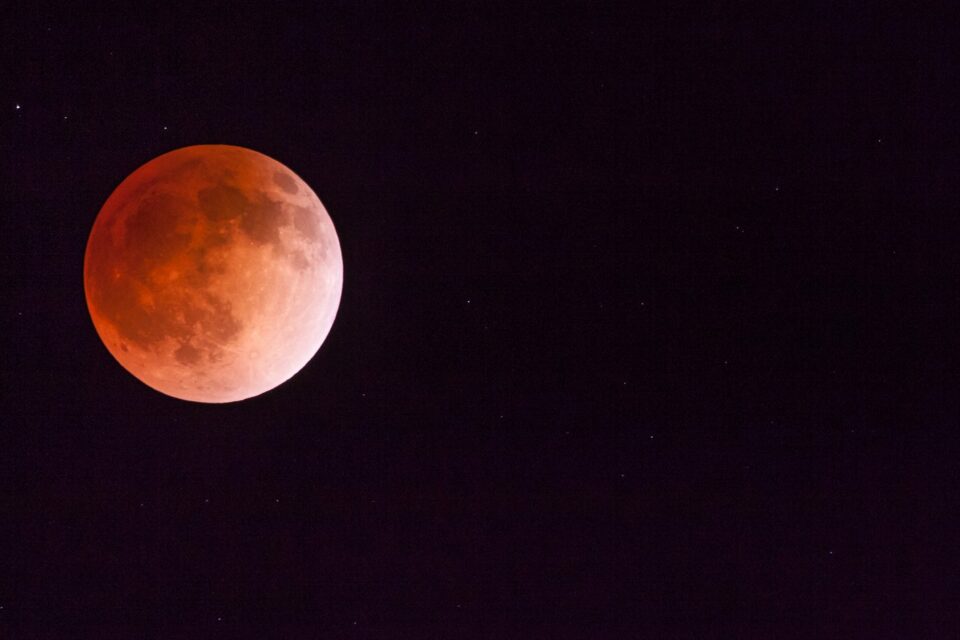 The term Blood Moon has been used in different contexts and to define different happenings. Nevertheless, it’s obviously a natural and scientific phenomenon that leaves the moon in tones of red reproducing an incredible moment for the lovers of this satellite of the Earth, so connected to us on a body and mind level. The next total lunar eclipse will occur on Wednesday, May 26, 2021 and will be visible across the western U.S. in the early hours in the western night sky. “Totality”—when the Moon turns reddish—will be visible from 11:11 through 11:25 UTC.

We’ll give you the scientific explanation that results in such a wonderful moon, and the different situations the Blood Moon refers to. Finally, we’ll also talk about its spiritual meaning. 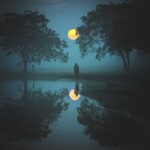 You may also like
Lunar calendar for 2021: upcoming astrological events

The first approach, and more common use of the term Blood Moon, refers to the total lunar eclipse. There are many eclipses, though a total eclipse is not so common, and its frequency changes.

The total lunar eclipse happens when the Moon moves through the Earth’s umbra and hides behind our planet. That means the planet Earth is right in between the Sun and the Moon, blocking the sunlight to arrive at the Moon’s surface. And why does that make the Moon reddish, instead of totally dark?

Nonetheless, the sunlight doesn’t directly reach the Moon, some of its light indirectly does. That happens through the Earth’s atmosphere, in a phenomenon called Rayleigh scattering. The rays pass through our planet’s atmosphere, which filters some colors in the light spectrum, the ones from the violet spectrum. Those amazing orange, violet, reddish sunrises and sunsets you love to watch (and so do we all!) are the result of the same thing as the Blood Moon. 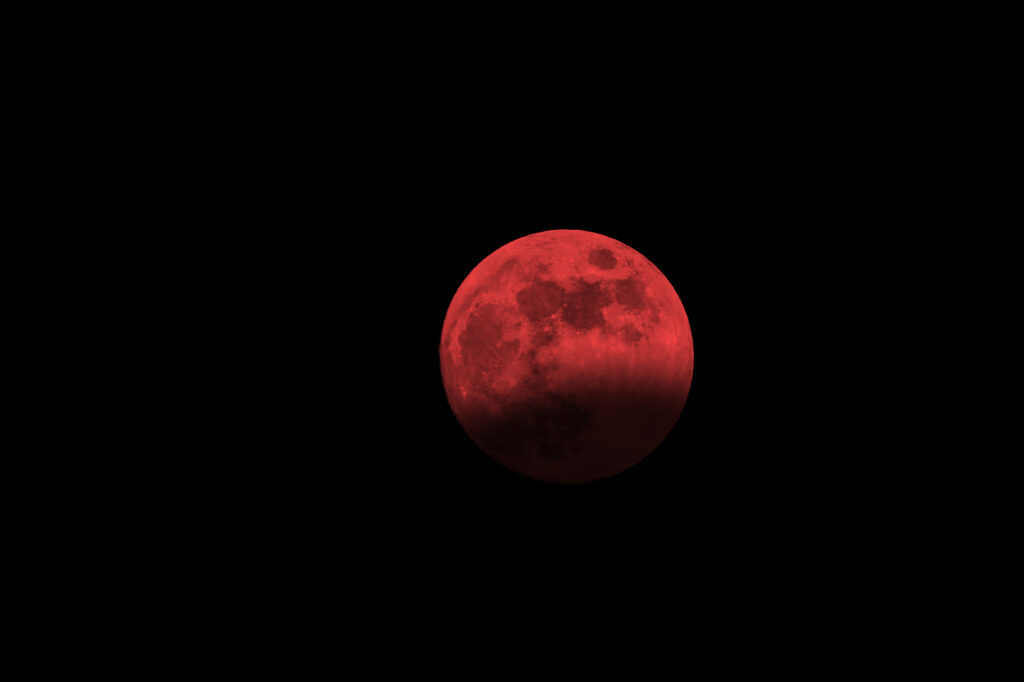 When four total lunar eclipses happen in the span of two years, the astronomers called that a lunar tetrad. These eclipses occur somewhere as with six months in between them and with the minimum of other five Full Moon in the meantime.

Lunar tetrads, or Blood Moon as recently this phenomenon has been called, is something rare.  During the last decade, some religious prophecies appeared, relating it to parts of the Bible that announce the apocalypse.

The Blood Moon in ancestral cultures

The term Blood Moon has been also used for thousands of years from traditional and indigenous communities. Especially in North America, this term refers to the Full Moon that happens in the month of October.

Despite the most common name for this moon is the Hunter’s Moon, since it represents the moments when men would go out for hunting and preparing for the Winter. Because it happens in the Autumn and usually appears right after the sunset and low in the sky, it usually presents orange and reddish colors, the reason for the Blood Moon definition.

Exists a huge misunderstanding around the Blood Moon, the Total Lunar Eclipse. Its strong energy and potential for unexpected situations, some of them related to accidents, or interior anger, make many people think it’s a bad influence. This happens even in the spiritual world.

Like everything else that happens in the universe, it requires an attentive look, a conscious approach and an adaptation to the energy.

It’s strong, and we should keep calm and observe the answers and vibes it’s giving us.

It represents and rebirth or a Zenit of energy (which is usually related to the proximity of the end of a cycle).

It’s normal to feel fear and resistance, but it’s an attitude of trusting and confidence that will bring the best results. Practices of grounding like meditation are essential since the energy is high and it’s easy to feel out of ourselves.

Eclipses are always a strong moment, and it’s a great strategy to always search and understand the energies that surround the times it happens. It will help you keep calm, look inside and understand any turmoil that appears. Choose a perspective of calm and confidence, and the universe will give you the tools to the deal with the next Blood Moons. 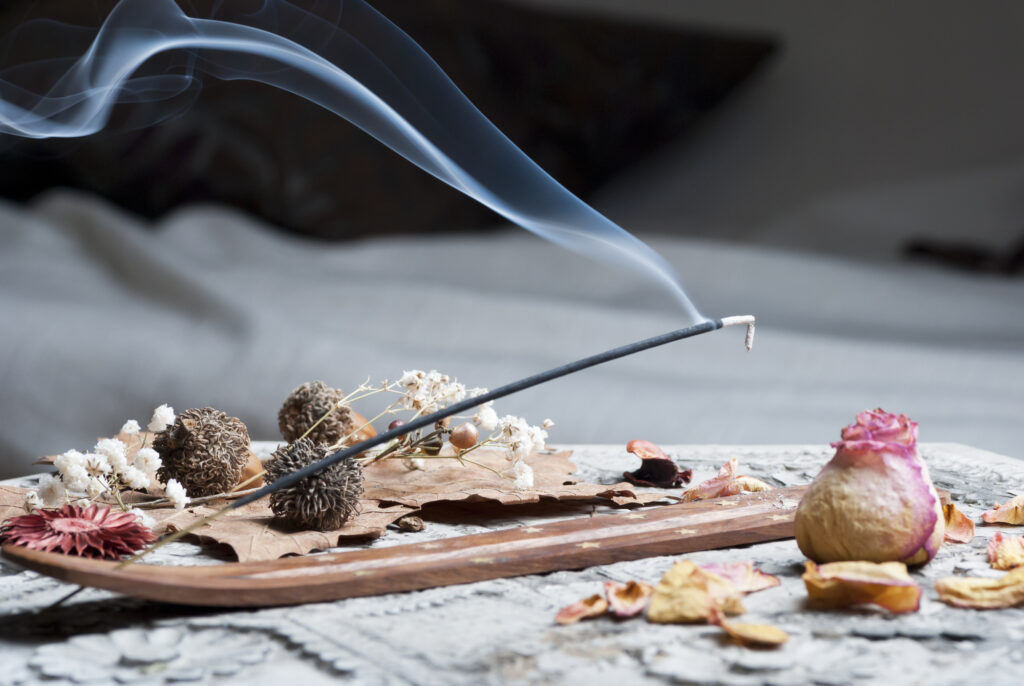 The Blood Moon is a phenomenon where we experience a moment of union between the Goddess and God. It is a moment of great power and magic that must be experienced with enthusiasm.

During a Blood Moon you can cast a spell to attract prosperity, so that energy flows like the blood that keeps us alive.

For this Blood Moon spell you will need:

During the night of the Blood Moon, trace the magic circle and stay in its centre in a comfortable place. Put the 4 red candles so that they represent the 4 directions and the 4 elements. Light your favourite incense if you wish.

Fill your chalice with wine and dedicate it to the Goddess. Concentrate on the Blood Moon and let your mind connect with the energy of the moment. Visualize the blood running through your body as you watch the Blood Moon. Feel the heat. Feel the life that runs within you.

Stay in this state for the entire passage of the Moon through the Umbra. You can also close your eyes as you feel the power within you.

“The strength of the Goddess and the power of God flow within my body as well as my own strength represented in my blood. I am divine and I deserve all the energy of prosperity, of love and of satisfaction that there is in the world. So be it! “

Drink the wine or the juice and thank the Goddess and God. Let the candles burn to the end if they are still on and, finally, unlock the circle.