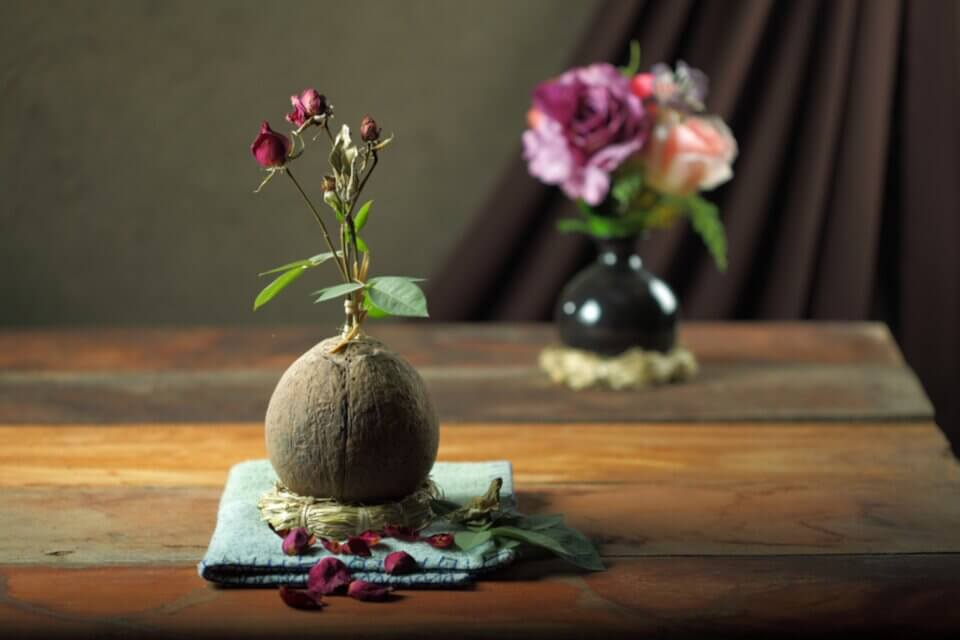 Ikebana, which in Japanese means live flowers, is the Japanese art of floral arrangement, also called kado or “way of flowers”. Ikebana art seeks to portray the balance that exists in the universe, bringing together heaven (Shin), man (Soe) and earth (Tai or Hikae) within the same arrangement.

Japanese arrangements are very different from Western arrangements, seeking to create a harmony of linear construction, rhythm and color. Westerners, on the other hand, tend to emphasize quantity and colors, focusing mainly on the beauty of flowers, while the Japanese focus on the linear aspects of the arrangement.

Ikebana is much more than putting flowers in a container. The structure of a Japanese floral arrangement is based on the three main points that symbolize heaven, earth and humanity. That is, there is a whole symbolic meaning behind any arrangement. 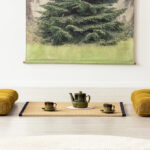 You may also like
8 Japanese rituals for a happier life

The history and styles of Ikebana

Ikebana began as a form of ritual, offering flowers in Buddhist temples in Japan in the 6th century. Both the flowers and the branches were made to point to the sky, as a sign of faith.

A more sophisticated style of arrangement, called rikka (permanent flowers), appeared in the 15th century. This style reflects the splendor of nature and its wealth. Pines, for example, symbolize stones and rocks, chrysanthemums represent rivers or streams.

The rikka style became better known in the 17th century, being used for decorating parties and ceremonies. Currently, it is considered an old-fashioned form of flower arrangement and is rarely used.

The most significant changes in Ikebana occurred during the 15th century, when Muromachi shogun, Ashikaga Yoshimasa (1436-1490) was ruler of Japan. In the houses and buildings he built there was a love of simplicity. These houses had the tokonoma (oratory), where people placed objects of art and flower arrangements. During this period, the rules of Ikebana were simplified, so that all social classes could enjoy this art.

Another remarkable event took place in the 16th century, when a simpler style of arrangement called nageire (which means to throw or throw) appeared as part of the tea ceremony. In this style, flowers are placed in a vase in the most natural way possible, no matter what materials are used. Because of its association with the tea ceremony, the style is also known as cha-bana (literally “tea flowers”). 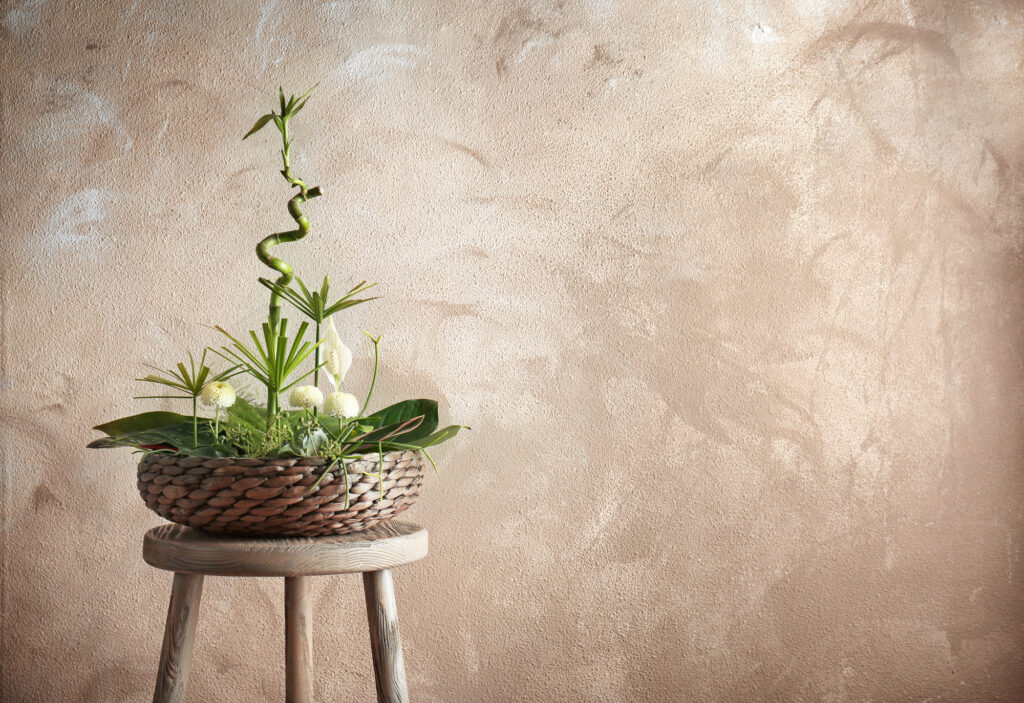 In the 1890s, right after the Meiji Restoration (a period of modernization and westernization of Japan), a new style was created, called Moribana Ikebana or stacked flowers.

This style emerged due to the arrival of western flowers and the westernization of Japan. The Moriban style gave more freedom to flower arrangements and is used for a landscape or garden setting. This style can be adapted for formal or informal situations.

In 1930, the transition to Zen’ei ikebana or Zen’eibana (Modern Ikebana) begins. This Ikebana form is more expressive than the classical style.

In addition to the tea ceremony and calligraphy, Ikebana was one of the arts in which women were traditionally educated to prepare for marriage. Currently, the flower arrangement is revered as one of Japan’s traditional arts. The technique is practiced on several occasions such as ceremonies and parties and many people dedicate themselves to studying it.

The art of Ikebana is so popular in Japan that it ended up spreading all over the world and today there are more than three thousand schools that teach on the planet and more than 15 million practitioners.

Each style has a specific set of rules and techniques when creating a floral arrangement. Some are simple and delicate and others are very complex and laborious. They seek to translate into ways, colors and sensations the way the human being views life, the nature around him and his connection with the divine and transcendental.

According to the Japanese, Ikebana can be an opportunity for the individual to set up arrangements and reflect on their place in the world, understanding the limitations and sacrifices that are necessary to seek the meticulous and linear beauty of the branches, flowers and leaves that must be arranged in the arrangement. Art works as a meditative process that, when taken seriously, promotes self-knowledge and thus facilitates interpersonal relationships. 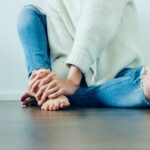 You may also like
Mottainai: the zero waste japanese philosophy