Learn the phases of the Moon in 2019 - WeMystic 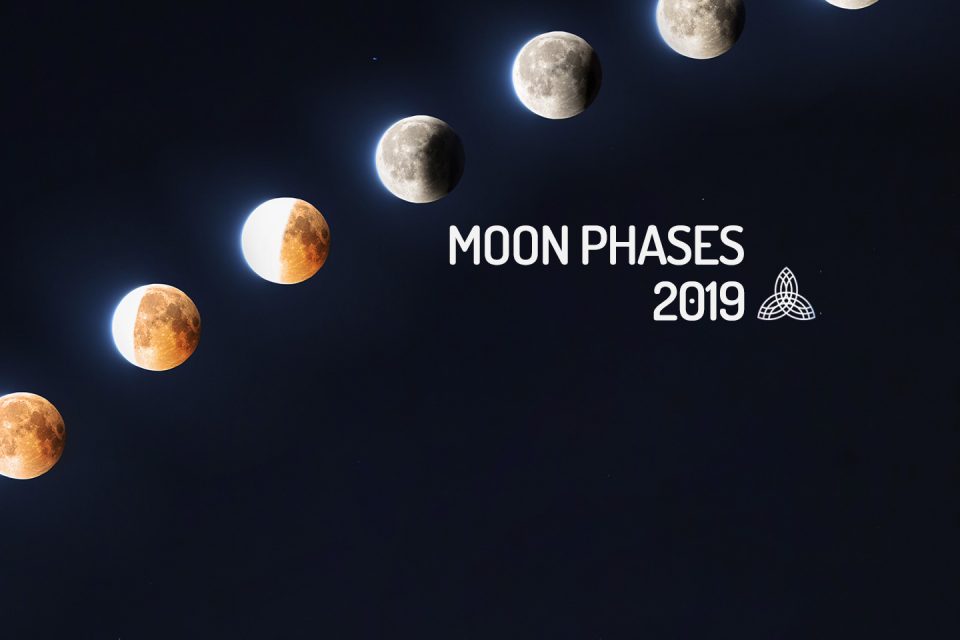 Time passes and Earth’s old satellite continues to generate the same attraction and mystery for human beings as it did thousands of years ago. It is an astral body whose sections are illuminated or hidden according to their position in relation to the Sun. Knowing the phases of the Moon in 2019 will allow you to take into account the most appropriate times to perform certain actions.

The influence of the Moon on our planet and on human beings has been known since ancient times. Thus it affects the tides, influences agriculture when it comes to sowing, and is related to the menstrual cycle of women.

The phases of the Moon in 2019 are completed once every 29 days, 12 hours, 44 minutes and 3 seconds. During these stages, the area that is illuminated increases progressively until it reaches the Full Moon, about two weeks later. It then shrinks again, two weeks later, to begin a new stage. 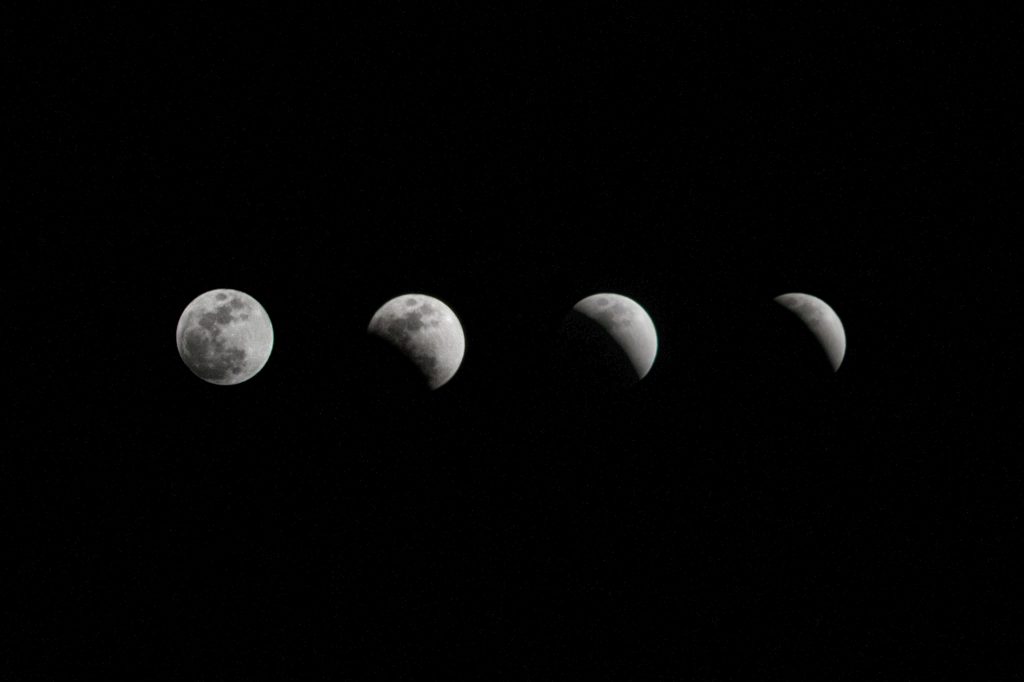 The New Moon is also know as Novilunium or Interlunium. It takes place when the Moon is in a position between the Earth and the Sun, in such a way that the hemisphere that receives sunlight is not visible from our planet.

This phase of the moon in 2019 implies a new stage, a kind of rebirth. It is an ideal time to embark on new trips, begin projects or start a career. You can count on the support of its positive influence.

This is a good opportunity to devote more time to relationships, start a beauty treatment or request a salary increase at your company when backed up by good work.

The Waxing Quarter occurs when the visible surface of the satellite increases as seen from our planet. This is the moment when between 35% and 65% of the Moon’s surface can be seen, something that occurs in the afternoon and at the beginning of the night.

This is undoubtedly a propitious situation for doing business which will lead to monetary gains within a few days. It is a phase where it is easier to assimilate changes that you propose, whether it be starting a diet, starting a new relationship or starting to do sports.

It is very positive for any major assets that have been acquired recently, such as a house or a new car. It is also the ideal period to do a cleansing of your aura.

Phases of the Waxing Quarter in 2019

Among the phases of the moon in 2019, normally the Full Moon is the most popular. It occurs the instant the Earth is exactly between the Sun and the Moon. The visibility of the satellite is then 100%.

It’s time to make important decisions, to expose others to what we’ve been thinking about or working on. It is not a good time to start anything new and it is better to finish up stages and slow down a bit. Higher probability of births during this lunar phase.

This period is also ideal for resolving pending legal issues, preparing artistic projects or taking into account and knowing how to interpret prophetic dreams.

The Waning Quarter is the lunar phase where the surface of the satellite that is visible from the Earth is reduced. Thus, the Moon can be seen at dawn and in the morning, ranging from 65% to 35% in visibility.

With the decrease of the visible surface of the Moon, plans related to your emotions may be decreased. You have to be careful. It is a period of rest where the most important thing is to be prudent and do things calmly.

It is a good time to try to channel the existing energy in your home, clean your auric field or deal with possible cases of melancholy or depression that you may be going through.

Phases of the Waning Quarter in 2019

Finally, we must talk about two types of Moon known as the Old Moon and the Black Moon. The first is very similar to the Visible New Moon. It is a small Moon that can only be seen at dawn, above the horizon just before the Sun rises. It is known as the waning Moon or the waning Crescent.

The other type of Moon would be the Black Moon. It occurs when the satellite is so close to the Sun in our sky that it is impossible to see it from the Earth even though we are at sunset or sunrise. The Sun’s light prevents us from seeing it. 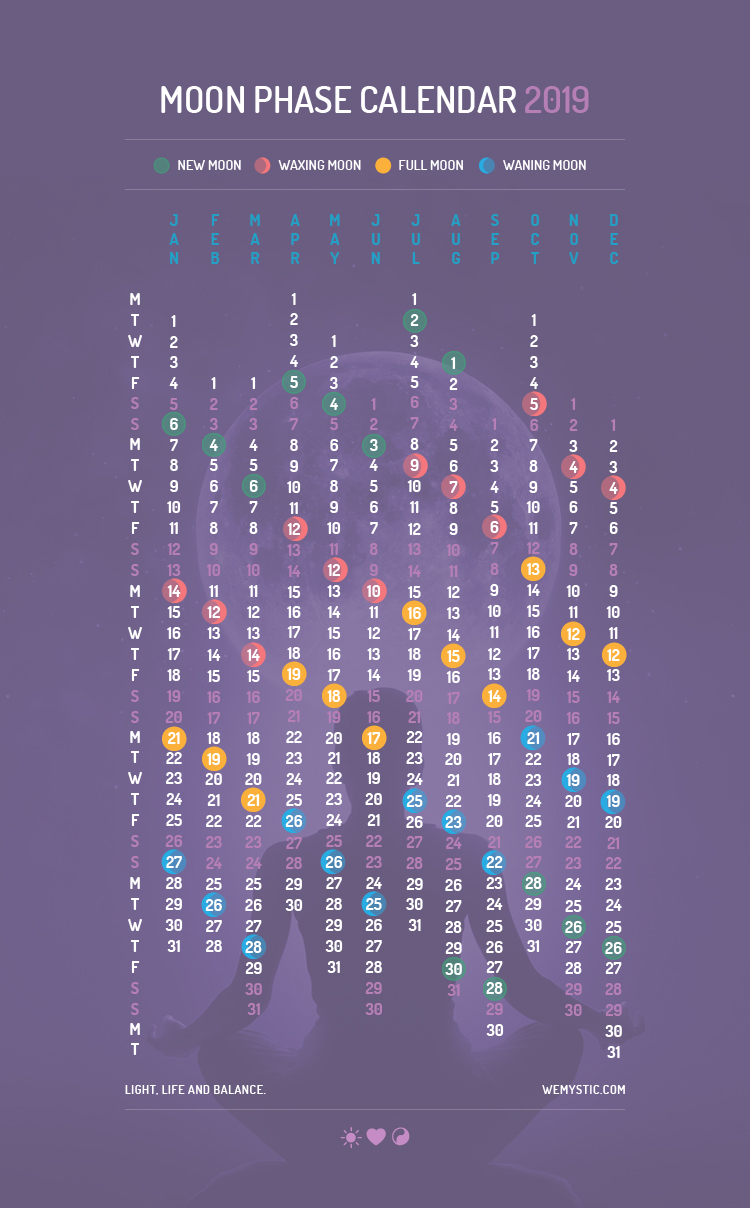 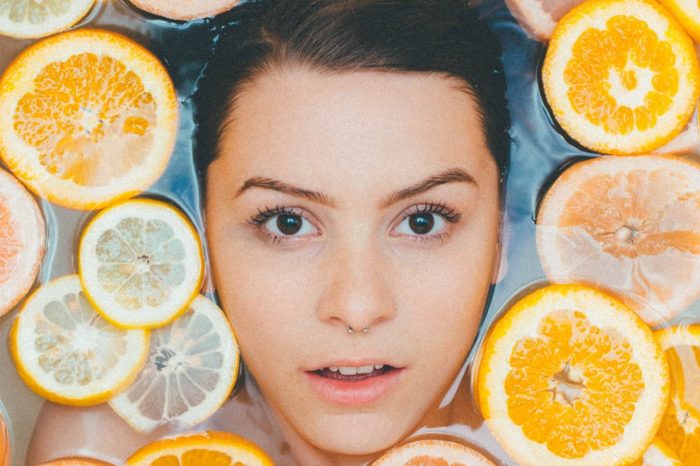 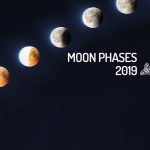