The Tower: discover the meaning of this Tarot card - WeMystic 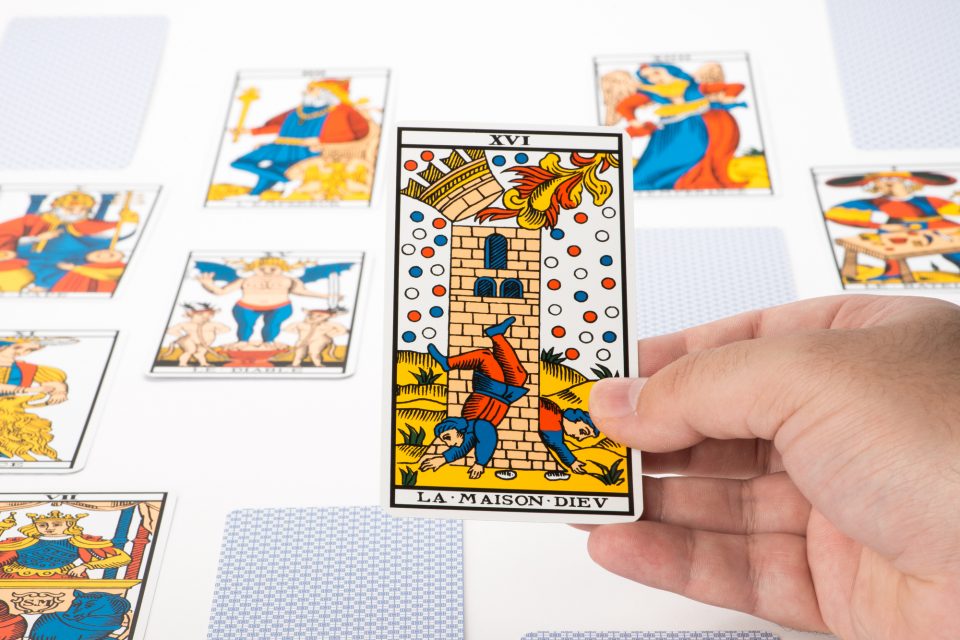 The divinity of the Tarot deck is unveiled in just how ancient the practice is of using this set of 78 cards. Going back as far as the 15th century, we have been able to connect with Source, and reveal insight and answers that can help us understand our life and the world around us. The Tower Card is labeled card “16” in the Major Arcana, and holds significant meaning when it shows up in a tarot reading.

The Tower Card ​is the “16” card of the Major Arcana. The Major Arcana are the first 22 cards of the tarot deck, (considered “trump” cards), numbered from Number 0 to Number 21. The Tower Card is labeled number 16, and the energy of Number Sixteen is intricately woven into its meaning.

There are many associations we can examine to help us interpret the meaning of the Tower Card. Here we will utilize the illustration on the card and the meaning of Number Sixteen in Numerology.

Visual Interpretation of The Tower Card

The illustration on the Tower​ Card​ displays a tall tower perched on top of a mountain of obviously difficult terrain – icy and craggy. Lightning is striking the Tower, and it is aflame, while the top of the Tower, (in the shape of a golden crown), has been blasted off.

There are two figures who appear to be falling or purposely leaping headfirst from the Tower; one is in a red cape with blue clothing, and one is completely in blue, with a golden crown and red shoes. There are 22 separate flames around the Tower.

The burning tower signifies destruction and darkness, but more so represents our ego and power of authority. The lightning striking the Tower is symbolic of a sudden awakening, or striking of “light” based energy. The golden crown, or the “top” of the Tower that has been blasted off, is representative of our conscious mind and how we think.

The 22 flames falling from the Tower represent:

The victim in the red and blue seems to be grasping at the chance to be saved, while the victim in all blue seems much more calm or accepting of their fate. This reflects the first victim as having a spiritual connection (blue), yet still wearing the mask of the physical world over that (red cape).

The figure in all blue with red shoes depicts a true and deep connection with spirit (all blue clothing), while still having a sense of grounding in the physical material world (red shoes). He wears a yellow crown, reflective of enlightenment in many cultures and belief systems.

Numerology Association of The Tower Card

The Number One possesses an energy of p​ioneering, independence, masculinity, confidence, new beginnings, initiation, and individuality.

The Number Six possesses an energy of grounded wisdom, practicality, harmony, unconditional love, and an instinct of protection and caretaking.

What The Tower Card Means In a Reading

When the Tower Card appears in a tarot reading, you can be rest assured it is reflecting upon a current situation in your life.

Sometimes, insight or the uprooting of certain ideals happens suddenly and it completely destroys the peace and harmony of our mindset. Unfortunately, we learn best through these types of experiences; though it can be uncomfortable, trust that these shocking paradigm shifts are a necessary piece of your spiritual evolution. They assist you in realizing thoughts or beliefs you hold that are no longer serving you.

This may be a time of destruction and challenges, causing you to unveil situations or people in your life that make you feel naive for even having considered them trustworthy of your better good. The real question is: how are you going to handle these unexpected upheavals and changes?

After destruction comes transformation and creation. This card represents an awakening going on in your life, which will free you of the shackles of misinterpretation and naive beliefs. Real truth comes in the form of a sudden and shocking event, but it is necessary to undergo. It will force us out of our comfort zone, and experience the epic change and growth that results from it.