The Holy House of Loreto - WeMystic

The Holy House of Loreto

Have you ever visited the House of Loreto? Located in the Italian city of Loreto, this is a sanctuary devoted to Our Lady, where pilgrims can visit the original house of the Virgin Mary and the Holy Family.

House of Loreto: the history 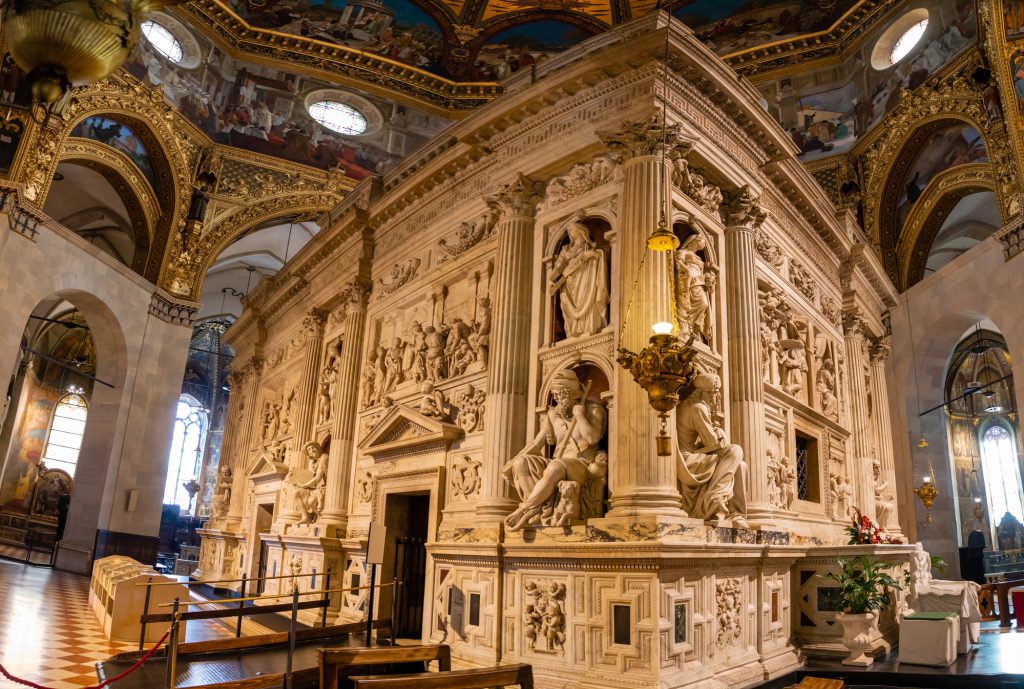 Inside the Basilica of the Holy House in Loreto, pilgrims can visit the original house of the Virgin Mary. It is believed that the house was removed from its original foundations in Nazareth and it was taken by Angels across the Mediterranean Sea to a small town in Croatia, called Tersatto.

In Tersatto, the priest of the town, Alexander Geogevich, who was sick, was the first one to see the small house that looked like a church. Although he was surprised by it, the Virgin Mary appeared to him in a dream and told him about the origins of the house. To confirm Her story, the Virgin Mary interceded to Our Lord for him and the priest was cured from the illness from which he was suffering for years.

In 1924, three years later, the house was moved again by angels and this time it appeared in the woods of Loreto, in Recanati. The house did not show any signs of being dismantled and built again in a different place.

What did the Church do?

To confirm that this was not the job of men, the Church hired engineers, architects, physicists, historians and scholars to conduct studies on this event.

The more they analysed the case, the more inexplicable the appearance of this house was. The phenomenon of the appearance of the house of Our Lady in Loreto was never explained by the scientists who studied it and they all came to agree on the following facts:

Prayer to Our Lady of Loreto

Oh Mary, Immaculate Virgin, for the sake of your blessed house,
Which we the angels moved to the pleasant hills of Loreto, turn your benevolent eyes toward us.
For the holy wall within which you were born and lived as a child,
With prayers and the most sublime love; for the fortunate walls that listened to the greetings of the angel who called you:
“Blessed among all women” and which remind us of the incarnation of the word in your purest bosom;
For your blessed house, where you lived with Jesus and Joseph,
And which became during the centuries the fervently longed-for destination of the saints,
Who considered themselves lucky to kiss fervently your sacred walls,
Bestow upon us the graces which we humbly ask,
And the fortune of coming to heaven after the exile, to repeat to you the greetings of the angel: Hail Mary.