Conjunction of Saturn and Jupiter in 2020: a new cycle begins - WeMystic

Conjunction of Saturn and Jupiter in 2020: a new cycle begins 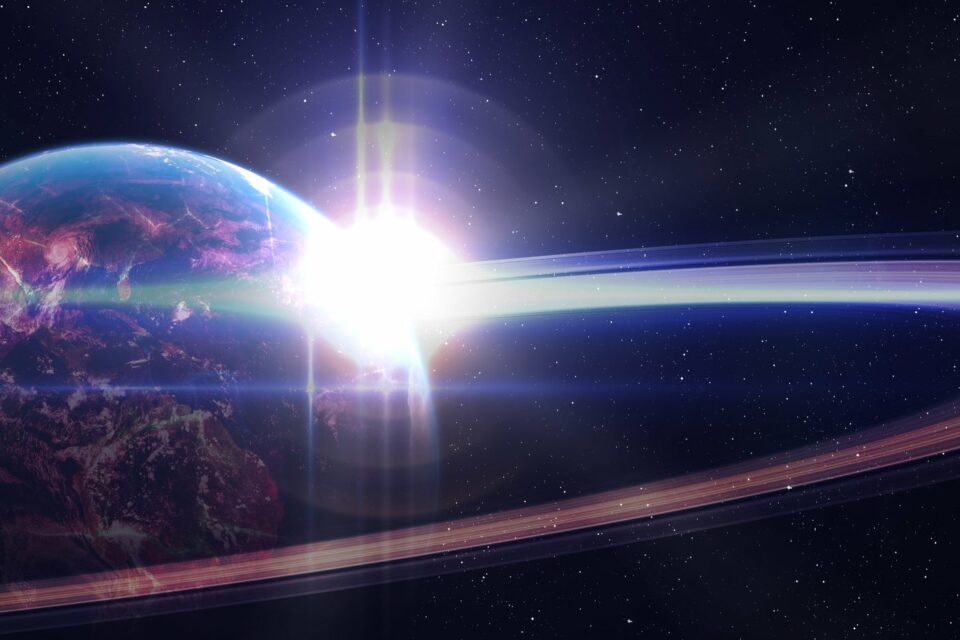 The 2020 conjunction of Saturn and Jupiter inaugurates a new cycle in air signs after 800 years and will bring profound changes in world politics and economy. When the last cycle occured, in the late Middle Age, the known world turned upside down and improved substantially.

Conjunction of Saturn and Jupiter

From very early times, the planets Jupiter and Saturn have been called Chronocrators or Markers of Time. It was the largest cycle to which ancient astrologers had access, which made them conceive of a very original predictive system, consisting of conjunctions that occur in signs of the same element every 20 years.

It was followed by the average cycle, when the conjunction occurs in a different element from the previous one, approximately every 200 years and the great cycle every 800 years, when there was a fresh start in Aries. And just like that, the history was told and predicted.

The conjunction of Saturn and Neptune synchronizes with the historical trajectory of Russia (former USSR). It’s the representative cycle of Socialism-Communism. Among countless possible decodes, it was called the “construction cycle (Saturn) of utopias (Neptune).” By similarity, the Saturn and Jupiter cycle expresses, to a greater or lesser extent, the structural viability of society.

This time, it will happen on December 21st, under the influence of Aquarius.

This alignment alludes to a paradigm shift, which generates a new order at the individual and collective level (with an emphasis on political and religious organizations, social relations and technological advances).

From the psychological point of view, the conjunction Jupiter – Saturn in Aquarius promotes the balance between the material and the spiritual; and honesty, responsibility, and integrity as life values.

For this very reason, we will call the Saturn and Jupiter cycle the “construction cycle of progress,” because power structures (Saturn), organizing (Saturn) laws (Jupiter), financial system (Jupiter), and society itself (Jupiter) are the background scenario where the actors – each of us – play.

This cycle of ideal-building begins again in 2020, one of those times when we can sit by the window and watch history happen before our eyes. The conjunction Saturn and Jupiter, passing from a cycle of Earth that began in the nineteenth century, and which underpinned the entire course of capitalism to the present day, to an air cycle, will allow us to observe a paradigm break: we may see the end of the Capitalism as hitherto conceived and the unfolding of this remarkable fact, such a reborn Phoenix.

An important advance towards the Age of Aquarius

Astrological ages are constituted by periods of about 2,160 years. In total there are twelve of these eras that make up what is called a great year of about 26,000 years. We are currently in full transition from one era to another. Specifically from the Age of Pisces to the Age of Aquarius.

This change began in the middle of the 20th century and in the year 2020 it will have a fundamental turning point. Also coinciding with the conjunction of Saturn and Jupiter. It will be a time of change, as has already been seen in the last century. It must be taken into account that a little more than one hundred and twenty or one hundred thirty years ago, fire was used for heating, cooking and lighting, as it had been happening for centuries. On the other hand, during the 20th century, technology brought the car, the railroad, electricity, computing… Then in recent years the internet and the spectacular explosion of technology have arrived.

Aquarius is a sign linked to sudden changes. Therefore, all these changes are not surprising. As it is related to the values ​​of solidarity, freedom and rebellion against the conservative powers. Something that we see reflected in 2020.

Conjunction of Saturn and Jupiter: the economy, politics and culture

The cycles of Saturn and Jupiter affect the economy, politics or culture. Twenty-year periods in the same element indicate variables of the same development. On the other hand, the changes generated by a change of element after two hundred years give rise to an important background variation in the collective psychosocial field.

The conjunction of Saturn and Jupiter marks the beginning of a social cycle marked by those values ​​of the sign in which they are found. However, we are not talking about one more conjunction. After ten consecutive meetings in which the same element existed, in 2020 there will be a change of element. Thus, the natural order of the four elements continues. Fire, Earth, Air and Water continue their course.

The cycle of change from one element to another is called Great Mutation, which supposes the beginning of important social changes that will be related to the element involved. Changes that will affect the next two hundred years.

The 200-year cycle of the Earth element started in 1802 is over. Its beginning coincided with the Industrial Revolution, which led to great economic and social transformations. Thus the modern capitalist system arose.

The conjunction of Saturn and Jupiter in 2020, with an element change included, will promote many ideas related to the qualities of the air. Renewable energies related to the air will prevail over those linked to the earth, such as oil or coal. People will fight for equality and solidarity to spread throughout the world and an effort will be made to achieve a healthy and pollution-free planet.

The stage is set, the curtains open. Let’s watch and pray.