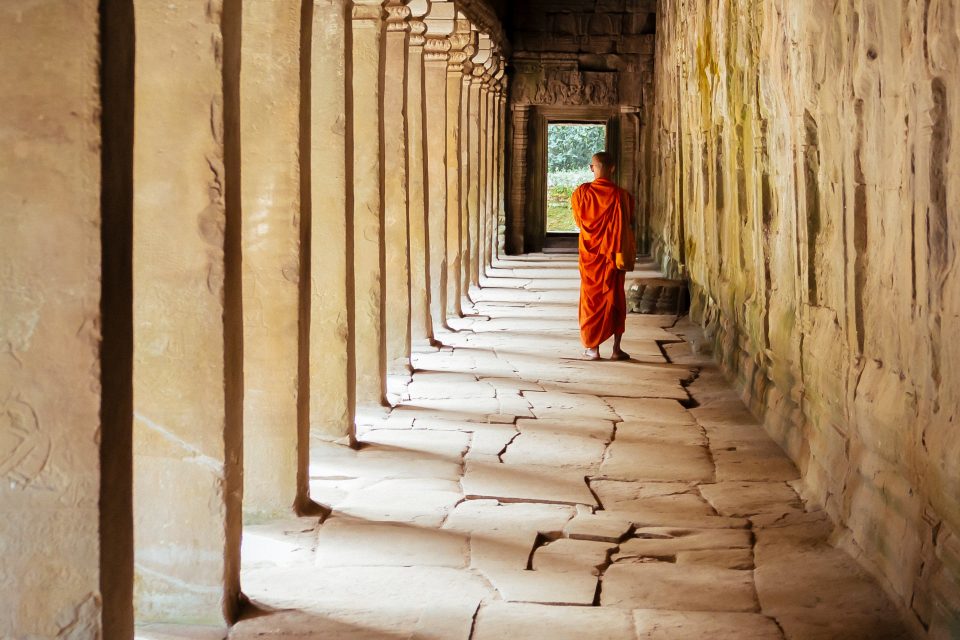 Diksha is the Sanskrit word for “initiation”. The term can have several origins. The word da in Sanskrit means “to give”, the word di means “intellect”, ksha means “the horizon” or “the end” and diks means “to consecrate”, but many other origins or translations can be found.

Diksha refers to a religious ceremony that can be practiced in religions such as Hinduism, Jainism and Buddhism, as well as in the yogic tradition.

How does the Diksha ceremony work?

In the religious ceremony, a guru initiates a disciple, so both their minds become one to be transcended and the journey becomes a heart journey. The guru’s wisdom will go into the disciple’s heart without any need for words.

During the Diksha ceremony, the guru can give a mala (mantra beads) as a sacred gift to be used for the repetition of a mantra, which is also offered by the guru during the ceremony.

The purpose of the mantra is to awake the potential of the disciple and to create a state of harmony between their external and internal life.

This mala, that in English can be called a “rosary”, can only be used for repetition of the mantra given by the guru and should be kept out of sight in a specially mala bag.

It’s used to break the monotony of concentration, so that the disciple will not lose their awareness while repeating the mantra. The guru can also simply use a sight, a touch or words that purifies the disciple so they can receive the divine grace.

Receiving the divine grace through Diksha

The second stage of Diksha is to receive a spiritual name that will give to the disciple a new spiritual identity and help them to awake their essential nature. The guru is able to see this essential nature and gives a name according to it.

The ceremony can be defined as a transference of Divine energy that brings a state of oneness and enlightenment to the disciple.

After this ceremony, the student engages in a spiritual discipline and becomes able to transcend the intellect and find happiness in the thirst for knowledge and in the path of inner life. The more they dedicates themselves to the inner quest, the more they will see.

Then, they become able to detach from their mind in a way that old thoughts and feelings, that can steel occur, are no longer heavy and they can experience permanent peace, joy and happiness. Developing the capability of being totally present in the now and accept the reality as it is, the disciple becomes mindful.

Nowadays, a Diksha can be given by a Diksha giver, usually by putting his hands in the heart or the crown chakra, allowing an experience of oneness and a conscience expansion that brings balance between mind, emotions and body. The receiver gets into a state of balance that allows self-healing.

Diksha can also be used to introduce a student into yoga practice. Kriya yoga, for example, performs Diksha to initiate its students.