The Chariot: discover the meaning of this Tarot card - WeMystic

The Chariot: discover the meaning of this Tarot card 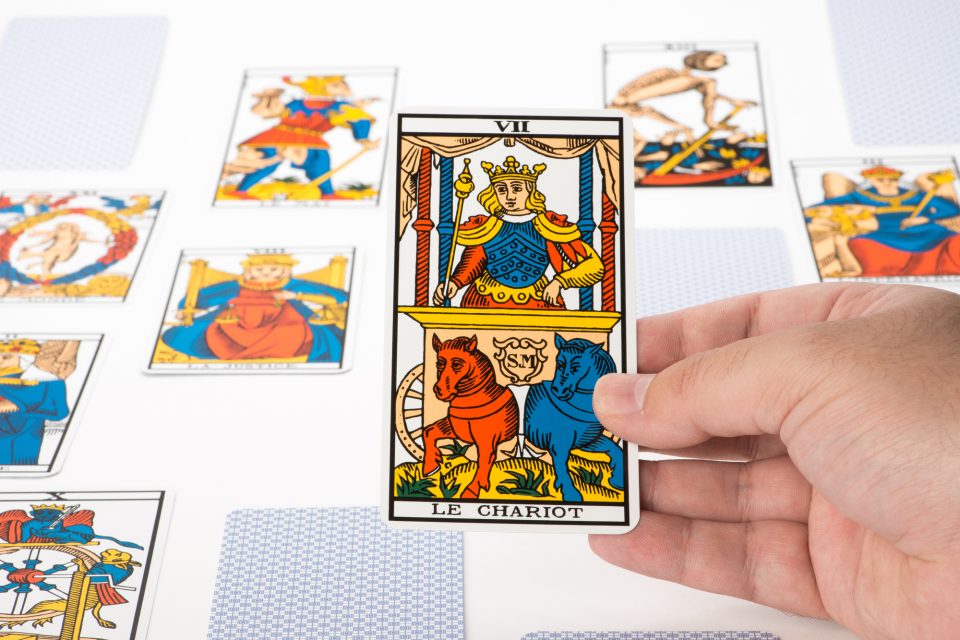 The Tarot is a deck of 78 sacred cards utilized to connect with Source energy, and unveil answers and insight into our lives. This information can assist us in understanding our destiny, current challenges, and fortunate events to come. The Chariot Card is labeled card “7” in the tarot deck, and therefore holds a very important meaning when it appears in a tarot reading.

The Chariot Card ​is a card of the tarot deck which helps compose the Major Arcana. The Major Arcana is the first 21 cards of the deck, which can be called the “trump” cards.” These cards are numbered from 0 to 22.

The Chariot Card is labeled number “7,” and therefore also contains the vibrational energy and traits of the Number Seven.

Some of the associations we will analyze to interpret the meaning of this card include its illustration, the Numerology interpretation of the Number Seven, and the relationship it has with the zodiac sign Cancer.

Visual Interpretation of The Chariot Card

The visual of The Chariot Card displays a man riding inside a chariot. The canopy of The Chariot has stars on it, which reflect the divine powers of the Universe that are assisting him. He wears symbols of alchemy and crescent moons on his clothing; the moons tell us he is connected with all that is Sacred above, while the alchemy symbols indicate a spiritual transformation.

The moons also face opposite directions, representing the physical reality here on Earth.

The Chariot is square-shaped, which symbolizes strong foundation and stability. The crown he wears is indicative of the spiritual evolution that he has achieved by maintaining balance, both through logic in the physical realm, and through dedication to growth in the spiritual realm.

This importance of balance is also reflected through the sphinxes at his feet; one is black, and one is white. Balance shows itself again, being shown in the Hindu symbol that represents negative versus positive.

We can see water in the background, and castles in a city behind him. The water is symbolic of emotions (like the water signs of the zodiac), and the castles and city prove the fact that he has turned his back on the material world in order to gain spiritual growth.

Numerology Association of The Chariot Card

Number Seven​ in Numerology resonates an energy of logical analysis, mysticism, and attaining spiritual understanding.​ It is the most intuitive, inward-thinking, and holiest of all of the single digit numbers.

The Seven relates strongly with all mystic and esoteric studies. This includes an insatiable thirst for wisdom, ancient knowledge, alchemy, psychic abilities, meditation, and spiritual awakening. Some significant aspects that correlate with the Number Seven are the seven chakras, and the seven pillars of wisdom.

The expression of the Number Seven also vibrates a frequency of knowledge, organization, awareness, understanding, and proper judgment. Introspection, looking within, and mastering complex thought processes. The Seven exudes the ability to contemplate deeply, and uncover the truth in any situation.

Even the visual shape of the Number Seven helps portray its energetic frequency.​ It is heavily biased on the top, showing that its roots are strongest in the higher mind. However, it also stands firmly grounded on the bottom, reflecting a firm foundation within the lower mind as well.

Zodiac Association of The Chariot Card

The astrological zodiac sign of Cancer is ruled by The Chariot Card.​ The only zodiac sign ruled by The Moon, Cancer is representative of all things to do with nurturing. It possesses a divine feminine energy, one that is ruled strongest by emotions, the true self, domestic life, and inner desires.

Reflected by the glyph of The Crab, this can be translated metaphorically as having a tough exterior, with an inner side that is extremely vulnerable. In many tarot decks, you are able to find a crab somewhere on the Charioteer’s clothing; the water behind him and the moons on his clothing also represent the emotional and tide-like ways of Cancer.

As Cancer is the sign of nurturing and motherhood, (ruled by the Moon), they are able to rise above conflict using strong intuition (like The Chariot). Cancer is also associated with moving forward, as it is a cardinal sign, (which is what the Charioteer is aiming to do). However, The Chariot is not moving, as he is thoroughly plotting his next move (as intuitive Cancer does).

What The Chariot Card Means In a Reading

When The Chariot Card shows itself in a tarot reading, know it is closely related to victory and overcoming opposition through intuition, confidence, and carefully controlled actions.

Even struggle comes with benefits; by being determined, self-disciplined, and in tune with your emotions, you will undoubtedly become stronger and succeed. Striving toward goals is extremely satisfying, but sometimes it takes logical contemplation alongside a bold sense of aggression to pave the way.

Instead of retreating when times get tough, (as there may be a decision you are thinking about making in the near future), channel your energy in the right ways, and you will be able to control the situation as long as you are also able to control yourself, physically and spiritually. You are the alchemist of your own destiny, so maintain balance and you will create the life you desire.