Without a doubt, this card has nothing to do with the other Arcanes, such as The Tower or The Devil. Especially for this reason, its appearance brings much more tranquility and serenity than the previous ones. In the Tarot for May 2020, The Star is the card that rules the month and attracts luck.

The Star is an Arcanum which is therefore part of the family of planets and which generates phenomena that go beyond our conscious perception but nevertheless resonate in us; that is, they echo and influence something in our inner world or psyche. The functioning of the planets is as connected to our unconscious psychomotor functioning.

A star shines with its own light. A star is like a sun, or a planet on fire. It is a source of energy, a source of light, which radiates. The stars project gleams emanating from innumerable universes.

They shine in the dark universe. We see them during the nights, which gives a reassuring effect. By learning to spot the stars, it is possible to orient oneself. The stars symbolize guides, as well as hope and faith.

Card 17 of the Tarot depicts a naked woman kneeling near a stream.

The Star holds two jugs, the contents of which she seems to pour into the river. She pours water back into the river, feeding the earth, continuing the eternal cycle of giving and receiving.

The Star has a foot in the water representing contact with her emotions and intuition.She knows how to listen to her inner voice.Behind it, there are two trees and a bird (depending on the version of the tarot) that represents the thought that flies and freedom.

Behind on the upper part, a major star with 8 branches and 7 small stars.It is necessary to open all these senses to the Universe. The branches of the Star represent the number 8 which refers to the mystery of Justice, in balance and clarity of vision.

The Star, the card of Tarot for May 2020, indicates the return of optimism, the possibility of believing in it and the creation of possibilities. It indicates that you found your place, your way. You are more aligned with your goals and your mission of life. The Star announces a period of stability and self-understanding. It’s time to be open to new possibilities or new ideas: the Star guides you as the star of the Shepherd guides sailors. 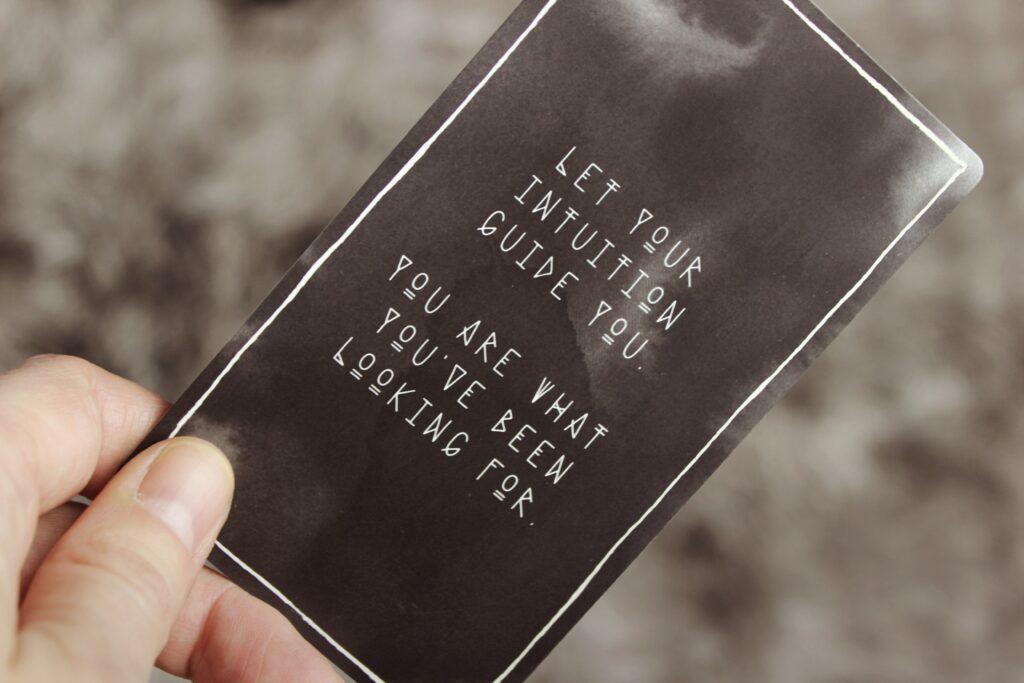 The message of the Star card

As we have seen so far, there is nothing to fear when The Star is announced. Overall, this card brings with it the power to guide you toward your goals. Have this Arcane as a kind of guide.

The Star is hope, the world in balance, inspirations and the certainty of success. With her jug ​​the woman dumps her repressed feelings, like sadness and emptiness, into the river. Abandon the disappointment and despair that strikes you when things don’t work out. Make room in your life to receive renewed feelings and lift your head.

Tarot for May 2019: interpretation of The Star card 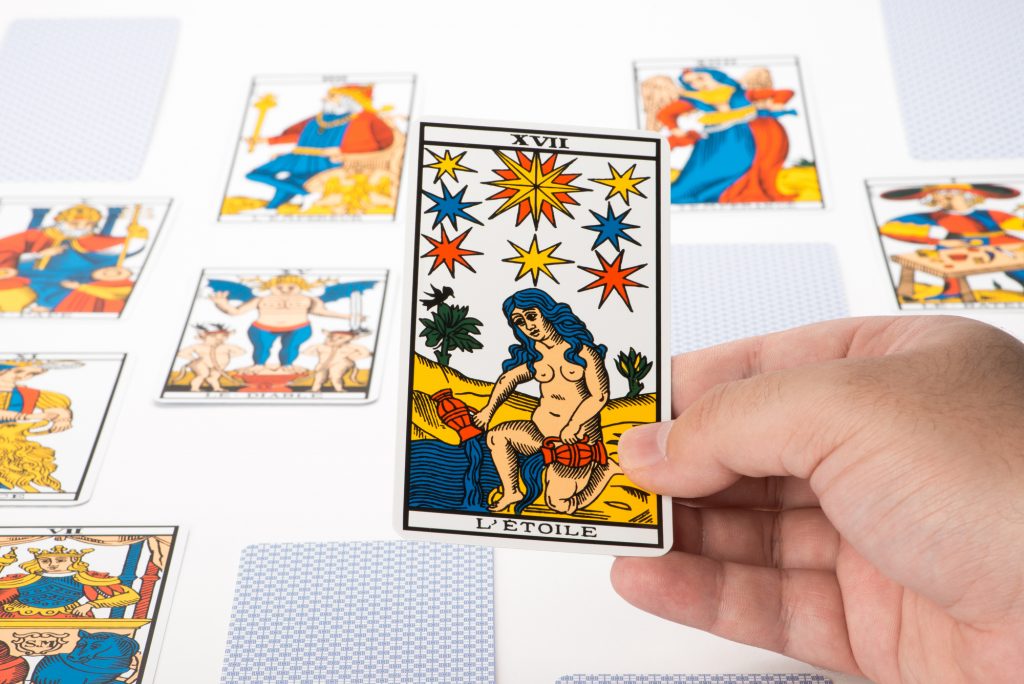 The figure that this tarot card represents is linked to the goddess of love of the Babylonians, known as Astarte, who is equivalent to the Egyptian God Isis, and of course closely related to the Greek Aphrodite and the Roman Venus.

Therefore, all the links with the goddesses of love make it a positive card, likely to enjoy life, which is why she lets the water spill from one of the amphorae onto the earth, to be able to enrich the land and so that it generates fruits she can benefit from.

And the action of letting the water run can also be interpreted as a sign of faith and confidence in the future. A sign that if we do things well, we will receive the fruits of our efforts in a while. It helps to sow hope.

In Tarot for May 2019, The Star indicates positive events, good luck, pleasure and friends.

On a sentimental level it could mean the return of an old love that we had forgotten about. A magical but ephemeral moment, because relatively soon things will be back to how they were before, although they will leave a fantastic and emotional taste in our mouths.

As for health, it encourages us to live in a vegetarian and hedonistic way, enjoying what nature has to offer. Regarding money, the investments we made some time ago are now beginning to pay off. 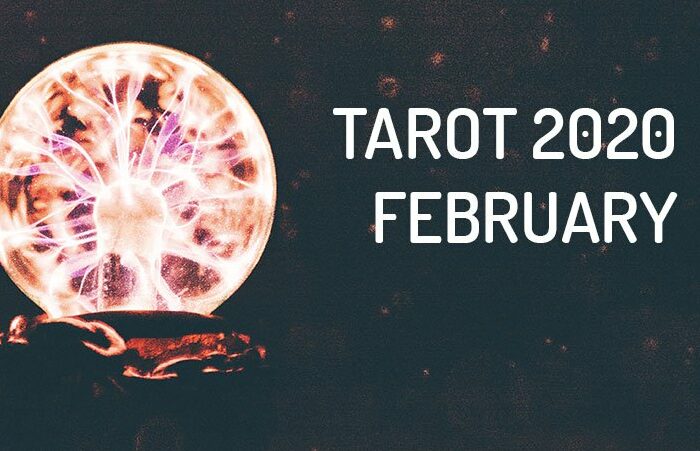 Tarot for February 2020: The Temperance card 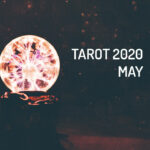