19 pagan symbols and their meanings - WeMystic

19 pagan symbols and their meanings 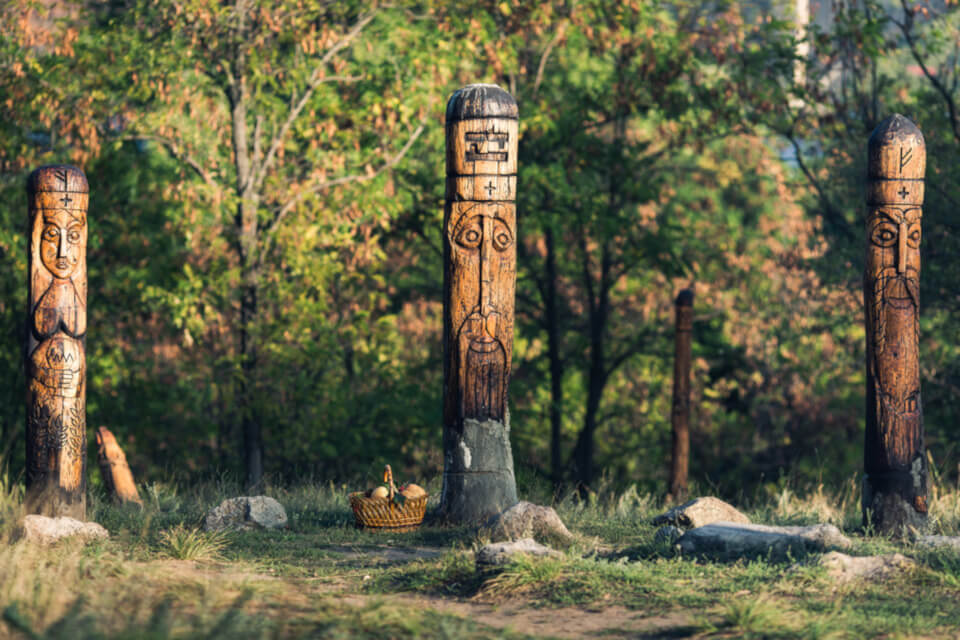 Pagan symbols are pretty varied and they also have different meanings. Each pagan symbol has not only its meaning but also an interesting context about how and when it appeared. 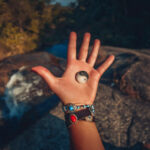 Pagan symbols: find out their meanings 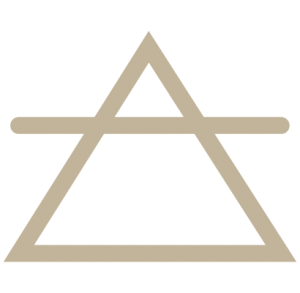 In most of the pagan traditions, you can find the element Air. It is connected to the soul of the individual and it is seen and is the breath of life; besides that, Air is also considered as the element of the East.

If you attend to a pagan ritual or spiritual work, you will find that it is actually quite common to invoke Air such rituals. It is also associated with the colours yellow and white, with the mind, with communication, and with wisdom. To represent Air, one can use feathers, incense or even a fan. 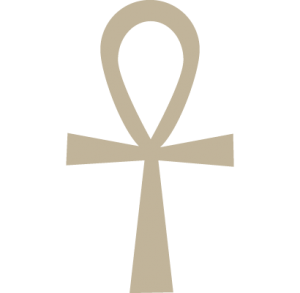 People who want to show their spiritual beliefs and do not relate with a specific religion, usually use the ankh. 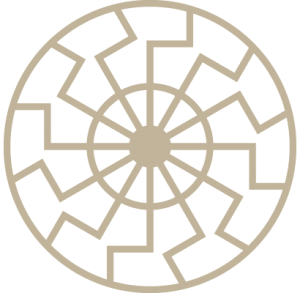 The Black Sun has its origins in Europe and used to represent originally the cycle of the sun. It was a dynasty that ruled northern France in the 5th century – the Merovingian. Unfortunately, the design of the Black Sun was adopted as a mosaic for the floor of Wewelsburg castle.

This was a Nazi base of operations for the SS and due to this, it has, since then, neo-Nazi connotations. 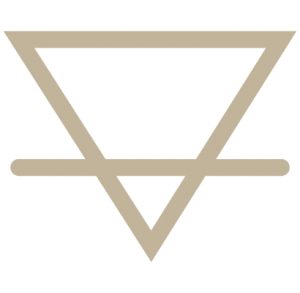 The Earth, like the Air, is one of the classical elements and it is actually used to symbolize Mother Earth.
This element is related to the colours of brown and green, fertility, abundance and prosperity. 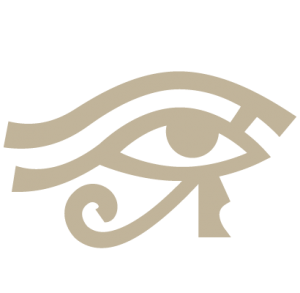 This pagan symbol, also known as the Wadjet, is used for protection. Many people believe that the Eye of Horus has the capacity not only to ward off evil spirits but also to heal and protect. This is why it is commonly used on protective amulets.

Horus was a God of the sky, who was typically depicted as a falcon. According to Egyptian mythology, Horus hurt his left eye during a battle with the god Set, and this is the reason why Horus’ left eye represents the waxing and waning of the moon. 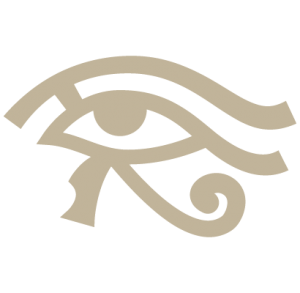 The Eye of Ra is a magical symbol used for protection. This pagan symbol was painted onto the boats of Egyptian fishermen to protect them from evil curses and on Egyptian coffins to protect the person in the afterlife.

The Eye of Ra is commonly used as a talisman or amulet. It can also be placed in your house to protect it and your family from any harm. 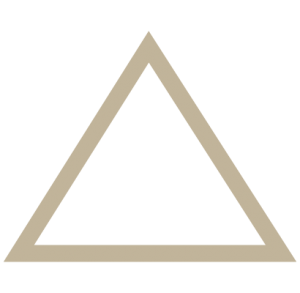 The element of fire can destroy whatever comes into its path, but it can also be a support to life, as it keeps us warm and helps us cook. This element is seen as a masculine element and a strong one as well.

It is associated with the south, with transformation and change, with energy and strong will. 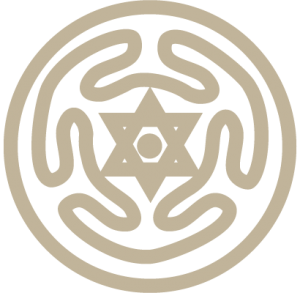 This pagan symbol represents three aspects of the goddess: maiden, mother, and crone. Hectate is a goddess from Greek mythology. She is associated with the moon, magic, sorcery, witchcraft, crossroads, entrances, herbs and necromancy.

The Hectate wheel symbolizes the power of life and knowledge; it is also a popular symbol amongst feminist traditions. 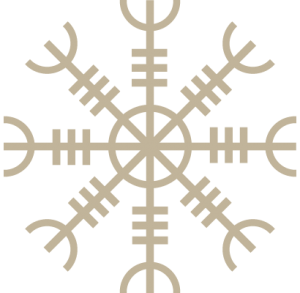 This pagan symbol is actually an ancient Viking symbol related to power and strength. It is used by the dragon Fafnir as a way to enhance his own power and invincibility. 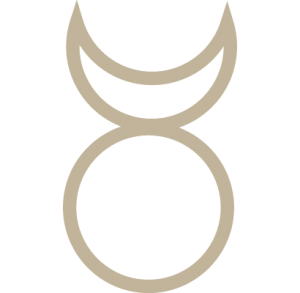 The Horned God is a pagan symbol that represents the male aspects of spirituality and life. It is commonly used within the Wicca tradition. One can use this symbol to invoke the god during rituals and other magical works.

It is associated with the wilderness and virility and there are also some people who believe that it the horned god carries the souls of the dead to the underworld. 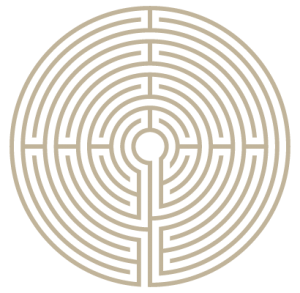 The star in the pentacle represents the four classical elements: earth, air, water, and fire plus spirit. The circle around them symbolizes the connection and relationship between them all.

This pagan symbol is used on altars and in magical work as a symbol of the element earth. 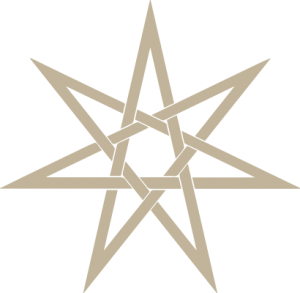 This pagan symbol is also known as the faery or elven star and it is used within some faerie traditions but is also related to other magical traditions.

In many pagan traditions, seven is a sacred number, and this symbol can be used to represent different sets of seven things depending on a person’s beliefs or tradition. 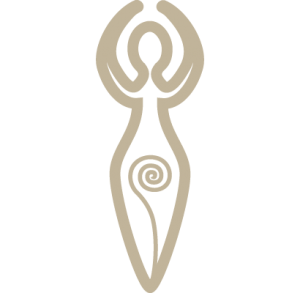 The spiral-goddess is commonly used by Wiccans, as a sign of life. The spiral is a representation of the continuing cycle of life, death, and rebirth.

The spiralling line can be seen as the constant path of life and has been found in different contexts throughout history. Spirals can also be found in nature, for example, galaxies and seashells. 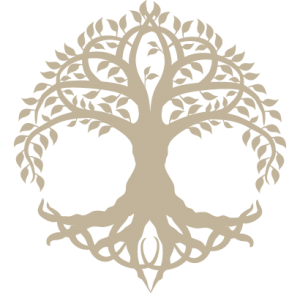 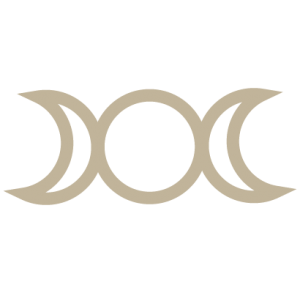 The waxing moon represents new life, new beginnings and rejuvenation. The full moon when magic is at its most powerful. The waning moon is the best time to send things away, remove them from your life, or to finish things. 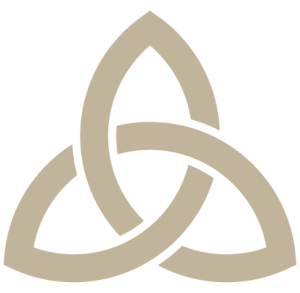 Used to symbolize the holy trinity, the Triquetra has been found not only in Celtic and Nordic inscriptions and arts, but also on Germanic coins and Swedish runes from the 11th century.

In some traditions, it is used to represent the connection between the mind, body, and soul. In Celtic-based traditions, it is commonly used as a symbol of the three realms of earth, sea, and sky. In the past, some considered this pagan symbol as a representation of the triple goddess or of feminine spirituality. 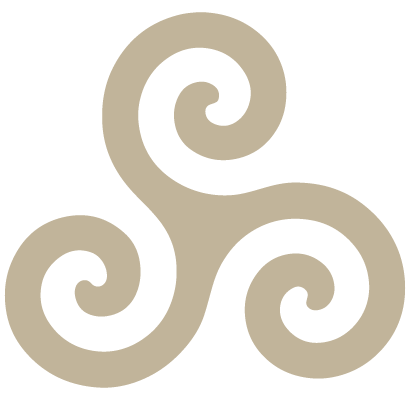 Although this pagan symbol is generally considered to be a Celtic design, it has also been found within Buddhist writings. Triskeles can be found all over the world, and some Celtic traditions use it as a representation of the realms of earth, sea, and sky. 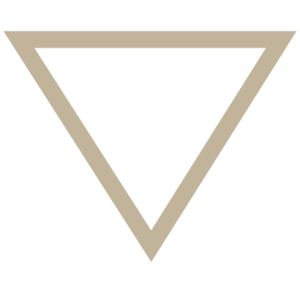 Water is believed to have a strong feminine connection, and therefore it is associated with all aspects of the goddess. The inverted triangle used to symbolize water is seen by some people as a symbol of the womb.

As a healing and purifying element connected to the West, water can be used in rituals involving love and other emotions and flowing water in nature such as a river, or the sea can be incorporated into magical workings in order to carry away negativity or other undesired aspects from life.