The relationship between Yoga and the balance of chakras - WeMystic

The relationship between Yoga and the balance of chakras 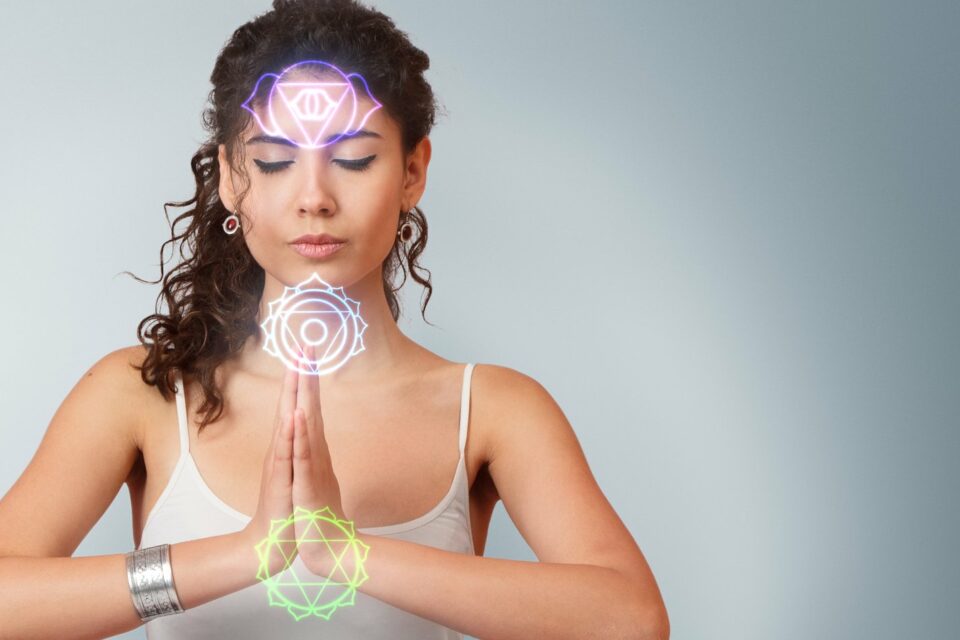 The yoga argues that the chakras are central energy points, thoughts, feelings and physical body. According to yogis, chakras determine how people experience reality through emotional reactions, desires or aversions, levels of confidence or fear, and even physical symptoms and effects. Also, the relationship between yoga and the balance of chakras seems closer than you might think.

Explaining the relationship between yoga and the balance of chakras

When energy is stuck in a chakra, it is often said to trigger physical, mental or emotional imbalances which manifest themselves in symptoms such as anxiety , lethargy, or poor digestion.

In the relationship between yoga and the balance of the chakras, one must take into account the asanas, which are the different physical postures of yoga. People who practice yoga use asanas to release energy and stimulate an imbalanced chakra.

Which are the main chakras?

There are 7 main chakras, each with a specific function. Yoga’s relationship with the balance of the chakras helps them in their vital function of controlling and channeling the energy that circulates in our body. 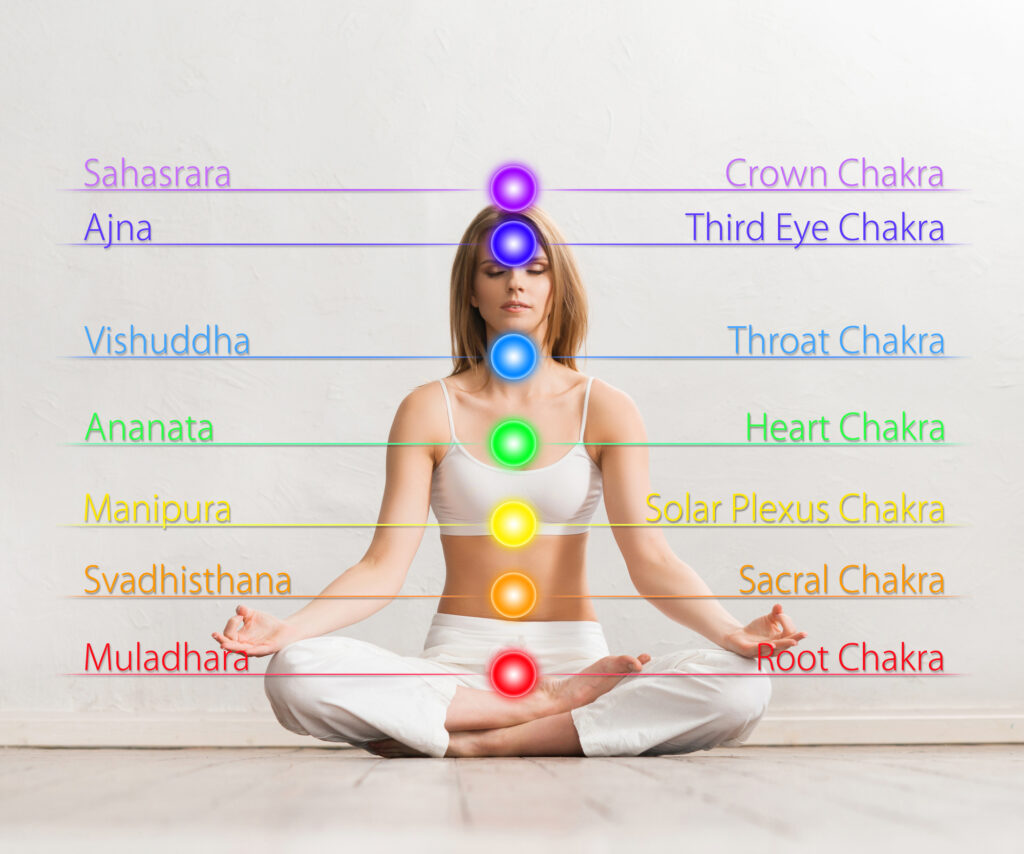 The “thousand petal chakra” or “crown” represents the state of pure consciousness. The chakra Sahasrara is located at the top of the head and its white or purple color represents it. Sahasrara involves questions of inner wisdom and physical death.

The “third eye chakra” is a meeting point between two important energy currents in the body. The Ajna matches the colors purple, indigo, or dark blue, although traditional yoga practitioners present it with the color white. The Ajna chakra relates to the pituitary gland, the engine of growth and development.

The red or blue color represents the “particularly pure” chakra, attached to the throat . Practitioners regard Vishuddha as the home of speech, hearing, and metabolism.

The “coronary” chakra relates to the heart and to the colors green and pink. The main issues regarding Anahata include complex emotions, compassion, tenderness, unconditional love, balance, rejection, and well-being.

Yellow represents the navel chakra. Practitioners associate Manipura with the digestive system, as well as personal power, fear, anxiety, the development of opinions, and a tendency to introverted personality.

Yoga practitioners claim that the sacral chakra is home to the reproductive organs and pelvis, genitourinary system, and adrenal gland. Swadhisthana‘s color, orange, indicates a connection with its most creative side and vitality.

The “root chakra” is at the base of the backbone in the tailbone region. Practitioners say Muladhara contains our natural urges for food, sleep, sex, and survival, as well as the source of our fears.

Yoga positions that balance the chakras

The relationship between yoga and the balance of the chakras is very important. Indeed, there are many ways to balance our energy centers, and yoga is one of the most effective and enjoyable. 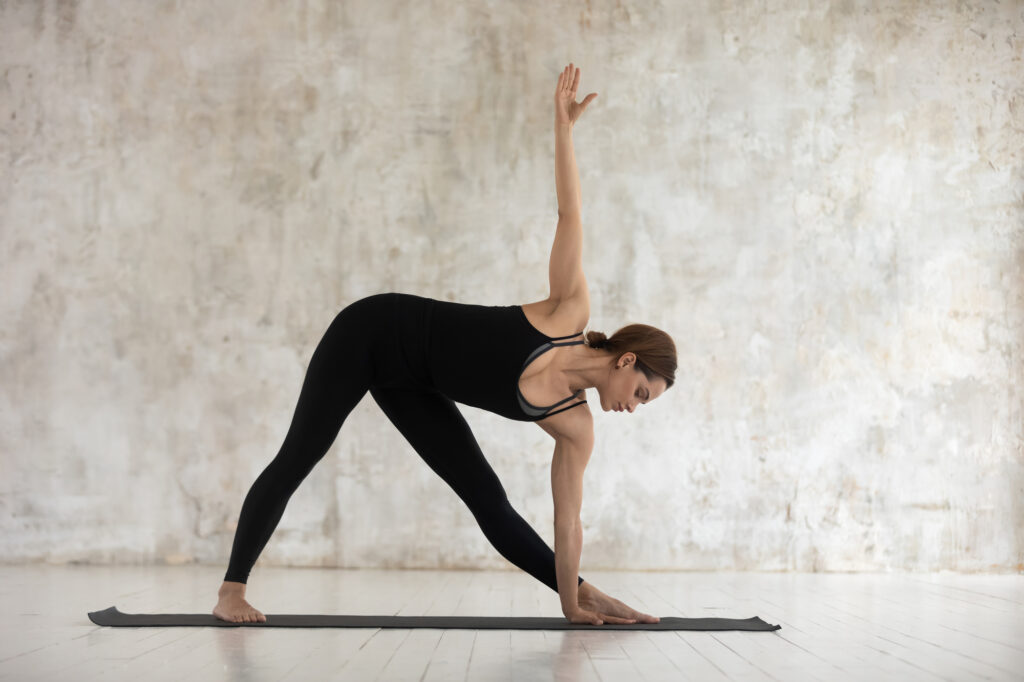 It is about reproducing the stability of this geometric shape, well anchored in the ground.

Stand up and spread your legs wide. Rock your body to the left, bringing your hand down so that it touches your ankle. At the same time, raise the other arm to the sky and turn your head so that you are looking at your hand in the air. Tighten your stomach and keep your legs straight.

Get into a lunge, left leg in front at first. Raise the right knee, leg straight behind, put the right hand on the ground and raise the left arm skyward. Turn your head to look up at the sky. Stay a few minutes then change by placing the right leg in front this time.

The goal here is to work on your lower abdomen to stimulate your second chakra. 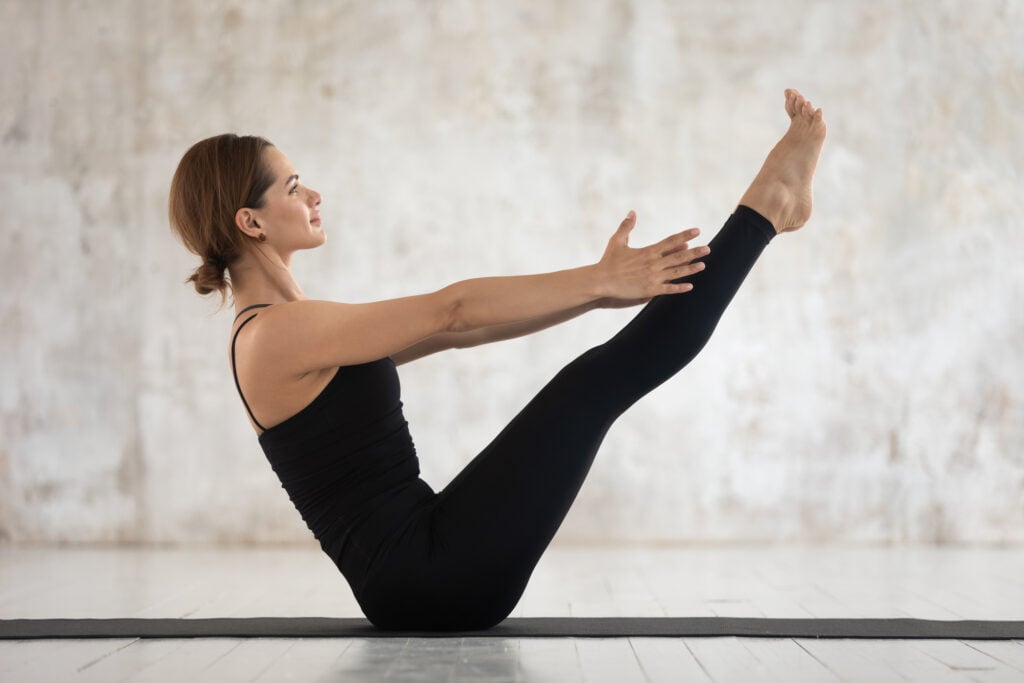 This position works the entire abdominal strap to reboost the solar plexus chakra.

Sit on your buttocks and pull your legs up in front of you. Gain and raise your head well. Once your body forms a solid, straight V, bend your knees so that they form a straight line. Hold the pose for about 5 breaths. You don’t have to pull on the back of your neck: the force comes from your stomach and your hip belt.

Here is another posture that allows you to work on the relationship between yoga and the balance of the chakras: that of the cobra. It stimulates the fourth chakra by making the energy of the heart circulate better in your body.

Lie on your stomach, place your hands flat on either side of your chest. Support yourself on your hands to gently lift your upper body until your arms are straight. Hold the position while inhaling deeply 5 times in a row.

Lie on your back, knees bent, collarbones firmly on the floor, push on the palms of your hands to lift your legs, buttocks and kidneys. Be careful to place your head correctly so as not to twist your neck and hurt your neck. Repeat the pose 5 times, resting your buttocks on the floor in the meantime.

This position allows you to further open your fifth chakra, through your energetic and blood breathing. 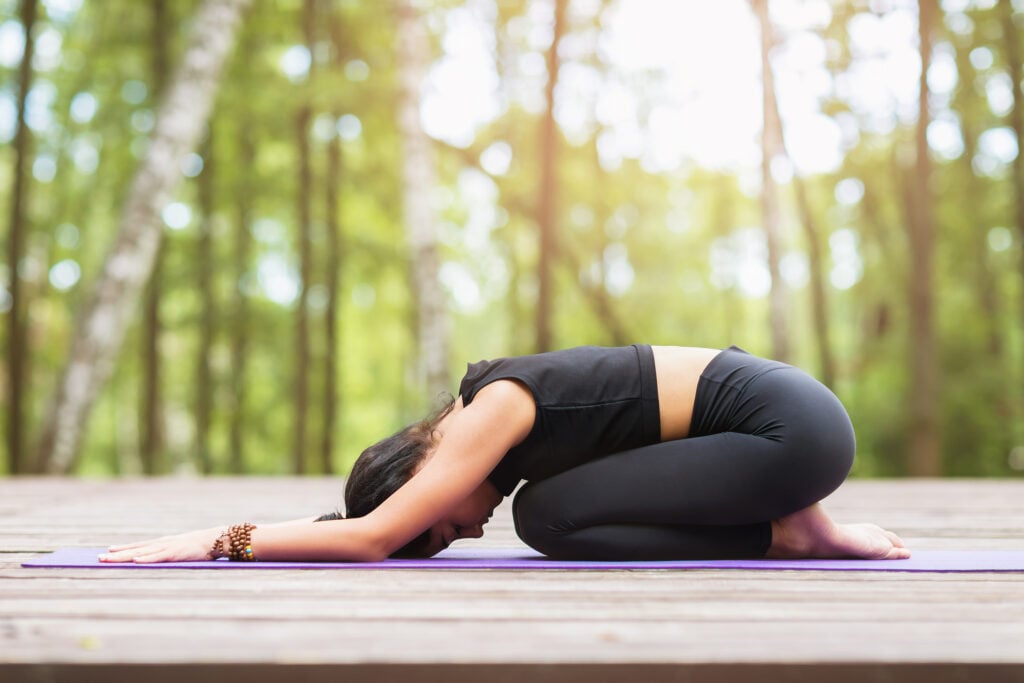 Get down on your knees and place your head between your knees, buttocks against your heels. It is somewhat reminiscent of the fetal position: it increases blood circulation to the head and forehead to “awaken” the sixth chakra.

Start from the Child pose and rock forward to hold the position on the top of your head. This pose takes practice, practice and a good balance.

It allows a kind of massage at the top of the head, which is the center of the last and seventh chakra. 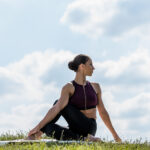