Aries Horoscope for May 2019 - WeMystic

Aries Horoscope for May 2019

Here is your Aries Horoscope for May 2019. Every month, you will find at WeMystic the astrological forecasts for your zodiac sign.

Aries Horoscope for May: what to expect

The transit of the Sun, Mercury and Venus on the House II of Aries, during May 2019, points to a reunion with the essence of the native. Since Uranus is also found in this sector of the astral map (House II), we are talking about processes that will be approached in an innovative or unconventional way.

The presence of the Sun in the House II of Aries, until May 20, suggests that the subject must attend to his inner voice, to dismantle the obsolete beliefs that accompany it. It is not a question of listening to the ego, but of appealing to the soul.

As this site (House II of Aries) will produce the New Moon in Taurus on 04/05, we are talking about an excellent opportunity to participate in therapeutic activities that contribute to promoting self-esteem and personal improvement.

The entrance of Mercury (from 06 to 20/05) and Venus (from 15/05) in House II of Aries indicates that it is necessary to assume the task of knowing and valuing you in a conscious way, and not for reasons of appearance. Love the person you really are, and get rid of the old layers (Chiron in Aries).

On the romantic plane, May 2019 indicates little attraction for love affairs, and greater interest in reconnecting with the group of friends and colleagues, in a space of sincerity (Psyche in House XI of Aries).

The couples of Aries will be going through a period of reorganization, during May 2019, when the retrogradation of Pallas in the House VII of Aries ends (30/05).

Time to review agreements and responsibilities, before assuming new commitments (Full Moon in Scorpio, on House VIII, on May 18th).

May 2019 is projected as a positive period for the sons and daughters of Aries, in financial matters. The Sun will remain in House II of this sign, until 20/05, which translates into opportunities for economic growth (important businesses, salary increases, payment of old debts).

It is worth mentioning that on May 4th the New Moon will take place in Taurus, an event that will have an impact precisely on House II of Aries, and marks the beginning of a season dedicated to economic growth (analysis of commercial proposals, investments, employment contracts and ventures).

In addition, Mercury and Venus will be transiting over House II of Aries, from 06 and 15 May (respectively). The passage of the communication planet in this sector of the astral map (until 20/05), refers to resources received unexpectedly, and the possibility of diversifying the usual sources of income.

For its part, the planet of desire (Venus) in House II of Aries (since 15/05), alludes to favourable conditions for transactions associated with the field of real estate, arts, advertising, antiques, agriculture, banking and heritage.

Another astrological aspect to take into account is the Full Moon in Scorpio of 18/05, which will touch the House VIII of Aries, and suggests the conclusion of economic agreements, which involve the participation of partner, couple or family.

The lunar event will also be conducive to clarify decisions on property, heritage or joint ventures, which merit the approval of all parties involved, to move forward.

In the work environment, the entry of the asteroid Eros to the House VI of Aries (06/05) directs the focus towards those professional activities that capture the true interest of the individual, to the detriment of repetitive or daily tasks.

Let us remember that Pluto and Saturn continue to retrograde in the House X of Aries, where the South Node is also located, which implies rethinking work objectives, the personal concept of success and even the career itself.

The trend also concerns students of the sign, and those who are immersed in international procedures (travel, removals, scholarships), due to the retrogradation of Jupiter in House IX of the ram.

Retrograde approaches are an invitation to introspection. For the Arians, the apparent retreat phase of Pluto, Saturn and Jupiter indicates the need to understand their motivations and desires, instead of acting impulsively, moving away from the real objective.

The physical health of the natives of Aries will maintain a positive balance, during May 2019; however, the entrance of Lilith in the House XII of the ram, the day 03/05, can cause severe disorders in the patterns of sleep (nightmares, night terrors, insomnia).

Let us remember that Neptune is present in the same location (House XII of Aries), which alludes to an intense psychic or spiritual activity, now with the arrival of Lilith to this location, the internal conflict can be revealed as a constant for the natives of the sign.

Keep in mind that Lilith speaks of repressed or hidden instincts, and by placing himself in the 12th House of Aries, he points directly to the unconscious. The subject may feel pressured not to make the mistakes of the past, generating escapist behaviour (evading reality).

Similarly, there is a tendency to be suspicious of others for no apparent reason (especially of old acquaintances), or to trust people with dubious intentions, or with whom one is just beginning to interact.

Despite these circumstances, Lilith in the 12th House of Aries should not be considered an astrological malefic or negative aspect; on the contrary, it offers the opportunity to discover the authentic desires of the soul; to overcome self-punishment (guilt); and to overcome fear of social isolation and past events.

The native of Aries must recognize that the old experiences constituted life lessons, which helped them to build the person they are now. Don’t forget that the past only defines you if you allow it, and old wounds show where you come from and not who you are.

In this astrological context, the entrance of Mars will take place in the IV House of Aries, where the North Node and the asteroid Juno are also found.

Upon entering House IV (representation of the home, the family and the roots), the warrior planet and regent of the ram impels the individual to a reunion with his emotions (as an important part of being, and not a symbol of weakness). The time is approaching to let go of the burdens of the past, to commit to the present and to project into the future. 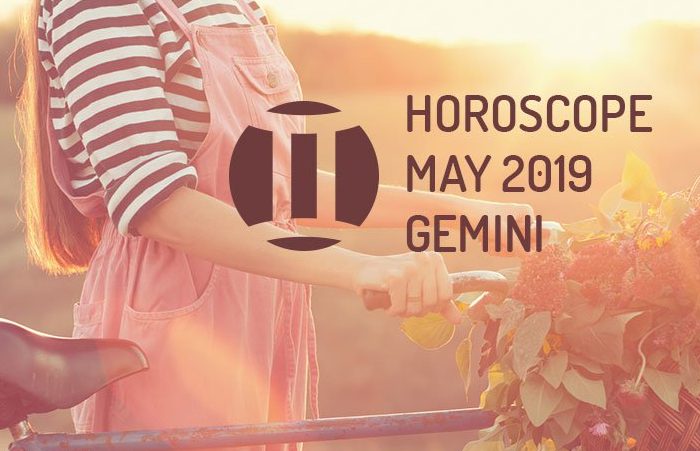 Gemini Horoscope for May 2019 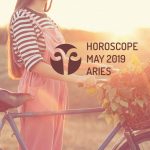 Aries Horoscope for May 2019