Capricorn Horoscope for May 2019 - WeMystic

Capricorn Horoscope for May 2019

Here is your Capricorn Horoscope for May 2019. Every month, you will find at WeMystic the astrological forecasts for your zodiac sign.

Capricorn Horoscope for May: what to expect

In May 2019, home will be the refuge for the sons and daughters of Capricorn, since the presence of Chiron in the IV House of the sign (accompanied by Venus, until 14/05) is the perfect incentive to rediscover family bonds, heal through forgiveness, practice conciliation, and appreciate the security provided by your intimate circle of affections.

On the sentimental plane, Venus’ entry into House V of Capricorn (15/05), where Uranus is and the New Moon will take place in Taurus on May 4, announces the possibility of a new and intense romance.

As the interaction will take place under the effects of Uranus, you will probably be attracted to a type of person that you do not consider “your type”, or you handle the relationship in an unconventional way.

Additionally, the fact that Mars makes its entrance into House VII of Capricorn (15/05), where the North Node is maintained, alludes to engagements or marriages that happen suddenly, or fracture in the same way.

Another aspect that strengthens the available alignments is the entrance of Eros in House IX of Capricorn, on May 6th. This event encourages couples to travel to unexplored places, romantic interest in people from other cultures, and loves in the academic environment.

Finances will remain stable for the natives of Capricorn, during May 2019. However, the presence of the asteroid Psyche in House II of the sign alerts on the possibility of compensating emotional voids, with material objects.

Fear of one’s own vulnerability is common in modern society, but if you accept to reconnect with your emotional world, you will find strengths in what you assumed to be weakness.

In the workplace, most alignments favour Capricorn’s sons and daughters. The entry of the Sun and Mercury into the House VI of this sign, suggests the possibility of promotions, promotions, and even proposals for a new position or workspace.

Likewise, the entry of Venus into House V of Capricorn, on May 15, will give an impulse to the inspiration and creativity of the individual, which together with the presence of Uranus in this location (House V), is capable of producing innovative and ingenious proposals.

Nevertheless, and despite the fact that the entrance of the Sun in the House VI of Capricorn will impel you to shine in your work environment, it is advisable not to ventilate your ideas with third parties, since the entrance of Lilith in the House III (03/05) can generate conflicts, due to casual conversations.

Keep in mind that it is about expressing your talents freely, not crushing competition, and despite your willingness, Lilith’s influence may echo the resentment of others.

Don’t forget that Neptune is also in House III of Capricorn, a transit that highlights the subject’s charming conversation, but can easily lead to errors of judgment about the people who listen to you, by trying to idealize them.

Another reason to keep your plans low profile is that the direct phase of the asteroid Pallas, will begin May 30 in the House X of Capricorn, therefore, it is time to analyze your strategies and professional goals, before taking the plan to action.

For Capricorn students, May will be a quiet season in which they can spend time planning the execution of pending assignments. The entry of the asteroid Eros into House IX of the sign (06/05), announces the possibility of a romance with someone from the academic environment.

With Pluto and Saturn retrograde in Capricorn, it is suggested to watch for the appearance of symptoms associated with old ailments, particularly diseases of the skin, bones and reproductive system (female and male).

Pluto and Saturn retrograde in Capricorn favour the processes of deep transformation, in which the subject is questioned about its purpose, mission and goal of life.

Considering that Jupiter is also in apparent retreat, but in House XII of this sign (the realm of the unconscious), it is possible to interpret that the native is led into a process of internal expansion (progressive, not immediate).

The results may take time to manifest, but they will be promising. Remember that the South Node remains in Capricorn, which refers to the complete renewal of the being: definitively releasing the past, and the burdens that hinder progress.

Although the retrogradation of Pluto and Saturn in Capricorn point to the reappearance of old pathologies, the prognosis of recovery is favourable, as the Sun and Mercury will enter House VI from 21 May, giving greater physical vitality to the natives of Capricorn.

The sons and daughters of Capricorn who are in good physical condition will probably be interested in participating in team sports, competitions, or starting a new exercise routine.

However, it is advisable to avoid excesses to minimize the risk of injury (Saturn retrograde in Capricorn affects the bones). Before introducing any modification, consult with experts (trainers, doctors, physiotherapists), and introduce the changes gradually. 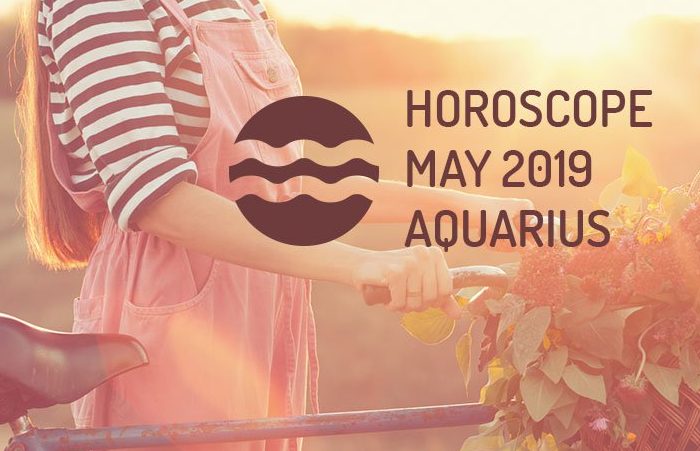 Aquarius Horoscope for May 2019 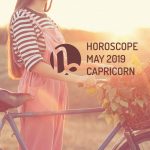 Capricorn Horoscope for May 2019