Here is your Gemini Horoscope for August 2019. Every month, you will find at WeMystic the astrological forecasts for your zodiac sign.

Gemini Horoscope for August: what to expect

Even the Moon will be part of this formation, on 30/08, when the New Moon occurs in Virgo (on the House IV of the twins).

A stellium in the House IV of Gemini refers to removals, which can be physical (change of address) or psychological (another way of thinking). The main concern of the subject will be to seek family welfare and to settle accounts with the past.

The second aspect that will mark this season for Gemini, on the sentimental level, is the beginning of the direct phase Jupiter in House VII of the sign, from August 11.

With Jupiter direct in the twins’ House VII, couples will have the opportunity to begin working on common goals, formulate new agreements, and be clear about what they both want, within the dynamics of the relationship.

The finances of the sons and daughters of Gemini will not suffer significant alterations, during August 2019. The constant presence of the North Node in House II of the twins impels the native to construct the economic structure that will allow them to concretize their objectives and purpose of life.

However, the presence of Pluto and Saturn retrograde in the House VIII of Gemini, next to the South Node, constitute an indication that before advancing towards the future, and it is fundamental to fulfill the old commitments (debts, loans), especially those that involve family responsibilities.

It is important to point out that Mercury, the regent planet of Gemini, will enter on August 11 in House III of the sign, location where the Venus Star Point (conjunction Sun – Venus) will take place, on August 14.

The Venus Star Point is a stellar event that is characterized by illuminating the desires of the soul which, together with the presence of Mercury in the III House of Gemini, alludes to the need to focus the mental scheme in the development of strategies that will bring you closer to your dreams.

In the workplace, the entry of Eros in the House VI of Gemini (04/08), directs attention to the most pleasurable activities, leaving aside the routine or less attractive.

The entry of asteroid Pallas in the same location (House VI), will promote the organization of workspace, routines and pending tasks. Beyond your preferences, you must fulfill the responsibilities assumed.

Remember that Neptune continues to retrograde in the House X of Gemini, so your perception of the reality of work may not be the most accurate. Another astrological aspect to consider, during this time of the year, is the beginning of the direct phase of Sagittarius in House VII of Gemini, a transit that will translate into positive changes in the terms and responsibilities of business relations with the main associate(s).

Finally, the Full Moon in Aquarius on August 15 will touch House IX of Gemini, which for students of the sign represents the culmination of a project or academic cycle. The lunar event refers to the culmination of procedures associated with the foreigner.

The physical condition of the Gemini natives will remain stable, during August 2019; however, it is advisable to act with moderation during this time of year, due to the entry of Eros in the House VI of Gemini (04/08).

Known as the asteroid of lust, the presence of Eros in the House VI of the twins arisen the senses.

The subject feels the need to pamper himself and satisfy his whims, a line of conduct that can lead him (easily) to exaggerate with the ingestion of food and drink, sexual expression, or impulsive purchases.

Fortunately, on August 26, asteroid Pallas will enter the same location (House VI), promoting prudence, and attention to personal care, from a mature perspective. Pallas in Gemini’s House VI is an excellent ally for organizing domestic and work routines, planning strategies and workgroups, and establishing schedules and goals based on your strengths. This stellar position is also favorable for those who want to start a new diet or exercise, comply with medical treatments or therapies.

Another astrological aspect to take into account, in August 2019, is the beginning of the retrogradation of Uranus in the XII House of Gemini, on August 11.

The apparent retreat of the planet from the change in the twins’ XII House can be interpreted as the manifestation of the insecurities, which were hidden deep inside.

It is possible that the native experiences a certain sensation of restriction or confinement, and that their efforts to break the old beliefs and trace their path are vain and fanciful.

The retrogradation of Uranus in the XII House of Gemini is not a new (insurmountable) obstacle; it is the opportunity to review your personal goals and the approach with which you face them. It is worth noting that, if you spend your days on social networks, in front of the television or the computer (without it being part of your usual job), you will be evading reality and wasting valuable time, which you can devote to reflection.

Retrograde Uranus in the XII House of Gemini will also leave evidence of those habits, relationships, and memories of the past that you cling to the most, although you know very well that it is not the best thing for you.

Important: there is the possibility that due to the transit of retrograde Uranus in the XII House of Gemini, you will experience intense dream activity at night hours, so you may feel exhausted even when you comply with your rest schedule. 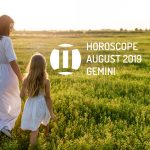