Here is your Leo Horoscope for June 2019. Every month, you will find at WeMystic the astrological forecasts for your zodiac sign.

Leo Horoscope for June: what to expect

June 2019 is a month full of tensions for the natives of Leo, in sentimental matter. The retrogradation of Jupiter in the House V of the sign, where the Full Moon will also take place in Sagittarius on 17/06, points to the possible dissolution of a relationship, which is in its infancy.

Although it may seem like an impulsive act, the truth is that the matter has been the cause of deep wonderings, for the subject. The same tendency applies to projects that generated enthusiasm at the time, but that must now culminate.

On the other hand, the presence of the asteroid Psyche in House VII alludes to the sensitivity at the surface of the skin, within the dynamics of the couple. There is a deep discomfort, and the native will feel gained to evade the circumstances, instead of facing them (Lilith in Leo’s House VIII, where he will initiate the retrogradation of Neptune, on 21/06).

While there is the possibility of starting a romance with a friend or colleague, as announced by the New Moon in Gemini on 03/06 and the entry of Venus into Leo’s House XI (08/06), Leo will prefer to be inclined towards professional projects, rather than love affairs.

The finances of Leo’s sons and daughters will remain stable, during June 2019; however, it is advisable to pay attention to family businesses or associations with third parties, due to the beginning of the retrogradation of Neptune in House VIII of the sign, on 21/06.

Neptune retrograde in the House VIII of Leo, in high vibration, speaks of recollection and introspection, a necessary process to evaluate our actions, and look at the past with a fresh perspective.

As a contrast aspect, Neptune’s apparent retreat into the VIII House of Leo alludes to evading reality, to avoid touching on fundamental issues within relationships, personal or commercial.

This transit (Neptune retrograde in Leo’s House VIII) can also fuel a propensity for fantasy, rather than observing in detail the practical aspects of a given transaction, involving family assets or shared resources (e.g., the sale or rental of an inherited property or the purchase of a new premises).

In terms of work, let us remember that Pluto and Saturn are retrograde in House VI of Leo (until September – October 2019), so it is not advisable to make major changes in the professional environment, except those that were planned.

Pluto and Saturn retrograde in House VI of Leo also allude to the possibility of tensions in the work environment, and the need to modify your schedules, if not you want them to have a negative impact on your health, (it is time to learn to delegate functions and manage burdens).

Although Uranus is in Leo’s House X, propitiating the search for a new work horizon (perhaps a venture, or promotion, something closer to your true interests), the entry of asteroid Vesta in this location (House X), on 09/06, will appeal to the importance of reflecting on your plans privately, before bringing them to light.

Likewise, Vesta in Leo’s House X indicates that it is necessary to remember the true vocation, which ignites your passion and allows you to enjoy the associated tasks, as well as the satisfaction of the fulfilled duty.

Another aspect to consider, at this time of year, is the New Moon in Gemini on June 3, which will play the House XI of Leo, bringing with it the opportunity to participate in group projects or impact on the collective.

As Venus will enter in this same location (House XI of Leo), the day 08/06, there is a strong creative component in the proposal.

You will probably feel blocked (at inspiration level) or with little confidence in your ideas (Jupiter and retrograde Ceres in Leo’s House V), but the team synergy will be so powerful that it will allow them to move forward, without setbacks.

At this point, it is essential that you understand that what is most relevant is what can be achieved, thanks to joint effort, and not enter into confrontations for the sake of protagonism.

The retrogradation of Pluto and Saturn on Leo’s House VI, over a long period of time (until September – October 2019), places health and self-care under the focus of the natives of the sign.

This transit (Pluto and Saturn retrograde in House VI); can indicate the reappearance of chronic ailments, diseases that were believed in remission (recovery), or affections of genetic/hereditary nature.

In this sense, the parts of the body to which you should pay most attention are the skin, bones and joints (whether or not you suffer from a pathology associated with them).

Pluto and Saturn retrograde in the House VI of Leo, also invite to adjust the lifestyle of the individual, making them solely responsible for his own welfare, (the position does not correspond to the family or partner).

It is possible that you are used to doing things in a certain way (food, sleep routines, work or fun), but that does not mean that it is the best thing for you, in the present circumstances (and even in other times).

With the entry of Venus into Leo’s House XI (08/06), there will be a greater receptivity to the advice and suggestions, provided by close friends, aimed at introducing improvements in lifestyle (recommendations from specialists, therapies, new diet and exercise, will be the order of the day).

Another astrological aspect to take into account, in June 2019, is the entry of the asteroid Juno to Leo, which will encourage you to take the necessary actions to commit to positive and healthy changes.

As Mercury will enter Leo on June 26th, you will probably consider different options before choosing the one that is most convenient for you; however, your thoughts will be aligned with your actions. Good luck!

In WeMystic, you will find everything about Astrology, Tarot, Numerology and Spirituality and Well-being. Go to m.me/wemysticen and have a chat with us!
Read Next 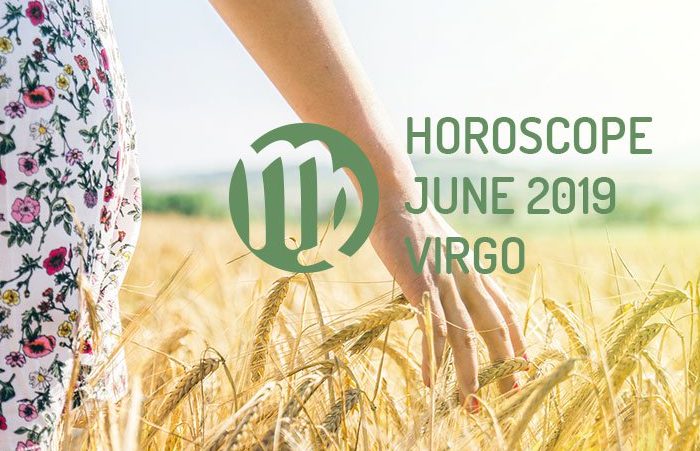 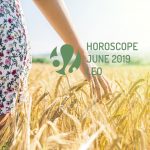