Here is your Pisces Horoscope for July 2019. Every month, you will find at WeMystic the astrological forecasts for your zodiac sign.

Pisces Horoscope for July: what to expect

The Total Eclipse of Sun in Cancer on July 2nd will hit House V of Pisces, translating into the need to express one’s own talents (creativity, inspiration); connection with the inner child; and the opportunity for a fun and provocative romance for singles.

Considering that Venus will be passing through this location (House V) from 03 to 26 July, while the Sun will be present in the mentioned location until 21/07, there is the possibility of unexpected pregnancies, but it is also a clear invitation to enjoy the relationship with the children.

This trend will be reinforced with the Purple Moon in Leo on July 31. The retrogradation of Mercury in House V, from 19 to 30/07, will be a reminder of the need to listen to the inner voice, as much as you attend to the requirements of your interlocutors.

In another order of ideas, the partial Eclipse of Full Moon in Capricorn on July 16th aims to keep in mind that, in moments of difficulty, it is when you recognize true friends; therefore, thank good company rather than focusing on those who are kept at a distance.

The finances will remain stable for the sons and daughters of Pisces during July 2019. The retrogradation of Chiron in House II of the sign of the fish, from July 8th, is an invitation to analyze your consumption patterns, and whether you use material goods (or purchases) to compensate for other types of shortages, especially emotional ones.

The fact that asteroid Pallas remains in House VIII of the fish suggests that, at the moment of sincerity of your finances, you will have the support of a partner or family, as long as you are honestly involved in the process.

Be careful: this is not a joke about attacking you or criticizing your lifestyle, simply the time has come to act with maturity and take responsibility for your actions, to move towards personal goals, which are important for you (professional improvement, travel, vehicle acquisition or housing, among others).

On a professional level, the entry of Mars, the Sun and Venus into House VI of Pisces (on the 1st, 22nd and 27th of July, respectively), indicates that the Pisces have clarity about their work goals (short, medium and long term), and is determined to use his natural abilities to achieve them.

However, keep in mind that from July 7th to 18h, Mercury will be regressing in House VI of Pisces, while Jupiter continues in phase of apparent regression, in House X.

These alignments aim to reflect before acting, and not to take for granted the verbal agreements reached during this period until there is physical proof (legal contract) of the same.

Note: avoid telling your plans and projects to third parties, unless they are people of your absolute trust, as Pluto and Saturn continue to retrograde directly in your House XI.

It should be noted that the partial Full Moon Eclipse in Capricorn on July16th  will take place precisely in the XI House of Pisces, which will allow you to elucidate who the people you can really trust are.

On the other hand, the total Eclipse of the Sun in Cancer on July 2nd will affect the V House of Pisces, where the Sun will remain until July 21st, and Venus will transit from July 3rd to 26th.

Both the eclipse and the transits of the Sun and Venus in House V speak of a period of great inspiration for Pisces, which will not even be interrupted by the final phase of the retrogradation of Mercury, from July 19 to 30, (although this planetary movement may shake confidence in your ideas).

Anyway, with the alignments in House V of Pisces, and the Purple Moon in Leo, on July 31st, you have all the elements in favor for the conceptualization of new projects, personal and professional.

July 2019 will be a month mostly positive for the natives of Pisces, in terms of physical health, although the retrogradation of Neptune in the sign of fish may make you feel withdrawn or with a tendency to escape (evasion of reality).

Retrograde Neptune in Pisces is also a warning to those Pisceans who follow prescription drug treatments, foot injuries, addictions, and chronic exhaustion.

Important: Retrograde Neptune in Pisces can cause loss of laboratory analysis, or confusion in results. If the treating doctor or the subject has doubts about it, it is advisable to repeat the process as many times as necessary.

On the other hand, the entrance of Mars, the Sun and Venus in the House VI of Pisces (the days 01, 22 and 27 of July, respectively), will confer greater vitality, strength and enthusiasm to the subject to implement changes in their habits and lifestyle.

It is worth noting that the first phase of the retrogradation of Mercury will be precisely on the House VI of Pisces, from 07 to 18 July, a period that can be used to reflect on the new routines to implement, or consult the references of the specialists to whom you will address, to accompany the day (psychologists, nutritionists, personal trainers, life coach).

Retrograde Mercury in the House VI of Pisces can increase susceptibility to respiratory diseases, allergies, and sudden changes in temperature, so it is advisable to take the forecasts of the case.

Finally, the Purple Moon in Leo on July 31 will also hits House VI of Pisces, reaffirming the individual’s decision to commit to the changes necessary for their greater well-being. 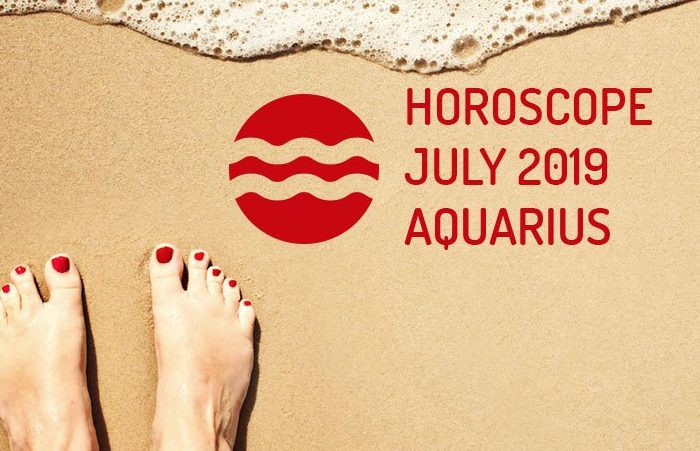 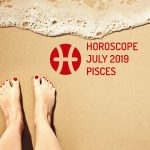