Pisces Horoscope for May 2019 - WeMystic

Pisces Horoscope for May 2019

Here is your Pisces Horoscope for May 2019. Every month, you will find at WeMystic the astrological forecasts for your zodiac sign.

Pisces Horoscope for May: what to expect

Lilith’s entry into Pisces on May 3 can make the natives feel uncomfortable when faced with the manifestation of their deepest desires, which imply a good dose of rebellion against situations that were considered habitual, but have produced wear and tear.

In sentimental matter, the entrance of the asteroid Eros to the House VII of Pisces (06/05) will be the incentive for the couples to ignite the romance, and enjoy the mutual company, beyond the time dedicated to review the common objectives for the future (direct Shovels in the House VIII, from 30/05).

Also, the entrance of Mars in the House V of Pisces, on 15/05, will give singles the courage they needed to embark on the conquest of a new love interest, travel alone, share with a new group of people, or simply enjoy the moment.

This transit is also positive for the relationship between parents and children, since it stimulates camaraderie and the undertaking of adventures together.

It is worth remembering that in House V of Pisces are Juno and the North Node, which refers to the commitment to move forward, invest in the present and future, without letting nostalgia interfere with the path.

Finally, the entrance of the Sun and Mercury in the IV House of Pisces, on May 21, favours family reconciliations, the processes of searching for a new residence, removals and structural reforms. Don’t let the good streak escape you.

The finances of Pisces will remain stable, during this period of the year. The presence of Chiron and the asteroid Vesta in House II of this sign, alludes to measure and prudence in the management of available resources, but be careful not to try to compensate the emotional void with material objects.

On the other hand, the beginning of the direct phase of the asteroid Pallas in the VIII House of Pisces, on May 30th, is an invitation to take advantage of the period prior to the event, organize the funds you share with third parties (family, couple, and partner) and analyze the next investment objectives together.

In terms of work, the entry of Mars into House V of Pisces (15/05) will encourage the native to assume the leadership of a creative project; however, it is advisable to channel the energy into proposals that you can undertake alone, in its initial phase, since the retrogradation of Pluto and Saturn in House XI can cause tension in dealing with groups and teams.

In this sense, it is important to point out that the Pisces’ native is not willing to excuse others. The entry of Lilith in Pisces (03/05) will motivate them to rebel against those who pretend to endorse their guilt and responsibilities, surprising the people around them.

Another aspect to consider is the New Moon in Taurus on May 4, which will touch House III of Pisces. As Uranus is in this location (House III), and Venus will make its entry on 15/05, it is likely that you will feel fully inspired, creative and eager to innovate.

Carry with you a notebook or some electronic device, in which you can keep a record of your ideas and occurrences.

It is important to keep in mind that Jupiter continues to retrograde in the House X of Pisces, so you should take advantage of this stage to plan your next professional goals, and not jump into action trusting in a blind optimism.

Last but not least, the Full Moon in the Scorpio on May 18th will affect the 9th House of Pisces. For the students of the sign, the lunar event represents the attainment of an academic achievement, for which they have been fighting for a long time.

Other sons and daughters of Pisces will receive with joy news of the culmination of a procedure or management, whose duration was extended more than expected. You are on your way to expansion.

May 2019 will be a positive period for the natives of Pisces, as far as health is concerned. The presence of Chiron and the asteroid Vesta in the House II of the sign, alludes to the work of consciousness oriented to the development of the own self-esteem and spirituality.

This alignment also favours the detachment of limiting beliefs, self-affirmation and healing of emotional wounds. The fact that Psyche is in the 12th House is another element in favour of reconciling with past actions, and understanding your most sensitive part.

However, in low vibration, Psyche in House XII of Pisces can make you a victim of the nostalgia and traps of the past.

May 2019 is a good time to attend individual therapy sessions (Pluto and Saturn retrograde in House XI can make you feel uncomfortable in groups), practice meditation or prayer, and devote time to reflection.

The New Moon in Taurus on May 4, will touch House III of Pisces, alluding to a new way of thinking, and greater mental clarity to perceive the environment, something to be thankful for in this period, as the entry of Lilith in the sign of fish (03/05) may cause some confusion.

The lunar event also refers to improvements in the communication of your ideas and proposals, and short trips near your place of residence.

As Uranus remains in House III of Pisces and Venus will make its entry into this location on 15/05, you may discover yourself doing things differently, traveling alone, or interacting with a new group of people. It may be scary at first, but you will enjoy the experience. 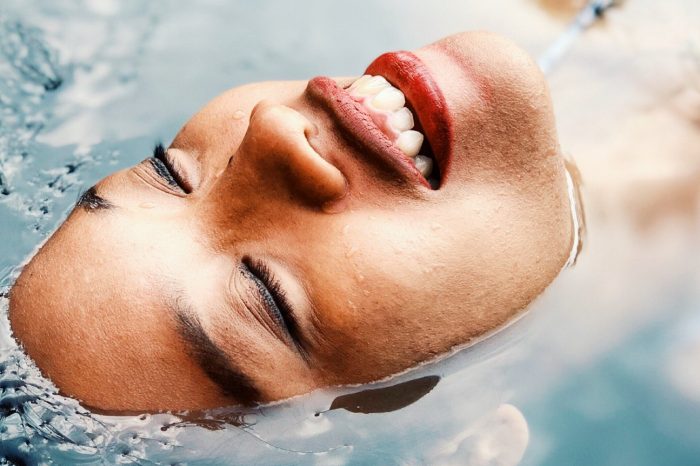 Psalm 95: a joyful and enthusiastic prayer 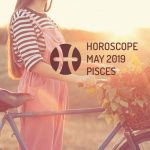 Pisces Horoscope for May 2019