Here is your Pisces Horoscope for September 2019. Every month, you will find at WeMystic the astrological forecasts for your zodiac sign.

Pisces Horoscope for September: what to expect

Pisces’ natives will face complex feelings, during September 2019. In the first instance, retrograde Neptune and Lilith in Pisces, suggest a wrong (and pessimistic) perception of the “I”, and a desire to rebel against one’s essence.

Also, Chiron retrograde in House II of the Pisces points to the need to reformulate the old beliefs and the scale of values ​​of the subject, because they no longer correspond to their true being, in constant evolution.

Finally, Uranus retrograde in House III can impose an internal dialogue of love and respect. The fact that the Full Moon of 14/09 occurs in the Pisces sign, and that the asteroid Vesta begins its phase of apparent retrogradation in House III (23/09), provides the necessary mental clarity (obtained following a introspective process), to promote the transformation, based on how you speak to yourself (do you motivate yourself or criticize yourself without mercy?) and how you communicate before others.

For couples, September 2019 will be a particularly intense season. The first half of the month, the stellium (accumulation of planets) in House VII of the Pisces, alludes to new commitments and to the development of common goals.

As you will recall, a stellium was formed in House VII of Pisces, during August 2019, with the presence of the Sun, Mars, Venus, Mercury, and the asteroid Juno. This configuration will remain active until 14/09, when the planet of desire (Venus) and the star of communication (Mercury) are transferred to House VIII of the sign.

Mercury and Venus in House VIII of Pisces, where the Sun will join them (23/09), is an invitation to intimacy and to deepen trust in couples. It also refers to the quality of observing the changes, with love and positivism, despite the moment of initial shock.

For their part, the singles of Pisces will not give up the opportunity to live a romance, get involved in a creative project, or show their talents and have fun (North Node in House V).

Chiron retrograde in House II of Pisces suggests a sense of insecurity at the economic level, even though it does not correspond to reality. It is necessary to understand that stability must be cultivated inside, and not based on external material objects, which may disappear due to one or another circumstance.

The transit of Mercury (09/14), Venus (09/14) and the Sun (09/23) over Pisces House VIII, indicates that you will receive financial support from partner or family, to boost your individual goals.

Like the New Moon in Libra on September 28, it will take place precisely on House VIII of Pisces, investment opportunities are announced, involving common or shared goods with people from your immediate surroundings.

At the work level, there will be no changes during this period of the year, although the presence Jupiter and the dwarf planet Ceres in your House X, speaks of projection and professional expansion.

If you are looking for a location abroad, climbing positions in the corporate area, or launching your own venture, Jupiter and Ceres in the X House of Pisces favor the preparation processes, to realize these objectives, such as: learning new languages, updating of competencies, promotion of the resume, and expansion of the network of contacts.

This trend is reinforced by the asteroid Pallas in House IX of Pisces, which encourages strategic planning, within the framework of your plan for self-improvement.

Last but not least, on September 18 will begin the direct phase of Saturn in House XI of Pisces, a planetary movement that will allow you to strengthen ties with the intimate circle of friends and colleagues. Keep in mind that this process also includes the imposition of healthy limits, so those friendships that are not aligned with your ideas and projects are likely to leave your life.

For the students of Pisces, September 2019 will be a period in which they can dedicate themselves to organizing the academic calendar and the possibility of participating in courses and workshops that allow them to deepen their knowledge.

The physical state of the Pisces natives will not experience major alterations, during September 2019. However, retrograde Neptune in the sign of Pisces can increase the susceptibility of psychic or emotional imbalances.

As you will remember, Neptune is the ruling planet of Pisces, so its retrogradation has a significant impact on the sons and daughters of the sign.

Retrograde Neptune in Pisces increases susceptibility to infectious diseases. Also, be cautious about the possibility of poisoning (food or medication) and foot injuries. 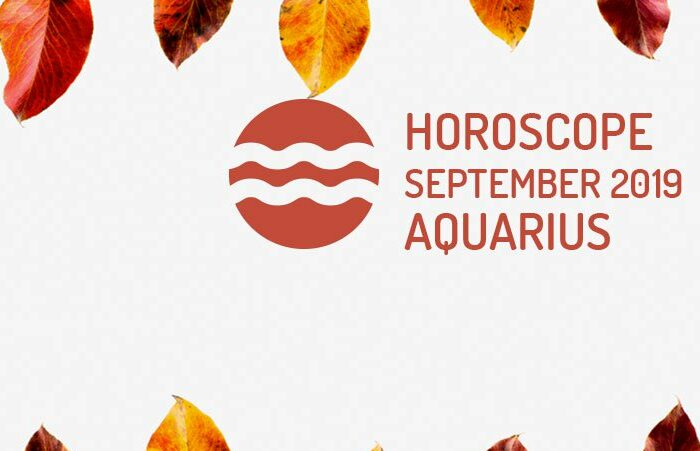 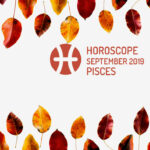