Here is your Taurus Horoscope for April 2019. Every month, you will find at WeMystic the astrological forecasts for your zodiac sign.

Taurus Horoscope for April: what to expect

The main astrological event of the season for Taurus, in addition to the entry of the Sun in its sign (20/04), will be the start of Jupiter’s retrogradation in the VIII House of the bull, on 10/04.

Retrograde Jupiter in House VIII of Taurus refers to the fact that expansion is found inside, in freeing oneself from the old taboos, secrets and faults, which create negative charges in the life of the subject.

This transit also encourages us to evaluate the relationships of trust with the couple, the partner or the closest relatives, and redefine the parameters of the same (do you give yourself too much or are you looking to create distance?).

On the other hand, asteroid Eros remains in House IV of Taurus, a stellar movement characterized by the enjoyment of household activities, (exaggerated) complacency towards one’s companion, and the constant desire to draw attention to or be needed by the other.

Overall, Taurus’ finances will remain positive during April 2019. The presence of Mars in House II of the sign, refers to the determination of the native, when it comes to achieving an increase in the flow of resources, through conventional means (such as shift work), or new ventures.

It is important to note that Mars in House II of Taurus may be indicative of (unnecessary) economic risks, so it is advisable to study the various options before making a hasty decision.

As Juno is in this same location (House II of Taurus), until April 19, the bullfighter will feel committed to those actions that will lead him to conquer financial security.

Nevertheless, it is prudent to avoid putting pressure on the subject, and to pay attention to the environment. The beginning of the retrogradation of Jupiter in House VIII of Taurus (10/04) indicates that it will be necessary to revise the common projects, with a couple, partner or family.

It will probably be necessary to support the finances of the partner, modify the management scheme of shared assets, or change the strategies that had been outlined previously.

Avoid falling into frustration due to small inconveniences, and observe the general panorama: study in detail the initiatives to be developed together (retrograde Jupiter in House VIII), adapt your schedules and routines for greater well-being and productivity (retrograde Shovels in House VI), and rescue the idea of the work you really want to do (Double Full Moon in Libra in House VI, on the 19th).

If you have in mind a move or international expansion of businesses, editorial publications, or pending academic matters, keep in mind that they will also enter a process of revision and rectification, due to the retrogradation of Pluto and Saturn in House IX of Taurus, from April 24 and 29, respectively.

You may feel vulnerable to these events that delay your professional growth (Psyche in House X), and want to reveal yourself breaking with the established (Lilith in House X), but remember that everything has its time, and it is not convenient to hasten the processes. Make the most of the extra time.

During April 2019, the focus of the Taurus natives will be to consider a definitive change of lifestyle, and the search for mental-spiritual balance.

The entrance of the Sun in Taurus on April 20 will provide greater vitality and physical strength to the natives of the sign, which is especially flattering for those who are in the process of recovery.

One astrological event to which you should pay particular attention during this period of the year is the Double Full Moon in Libra, which will take place on 19 April, and will have an impact on House VI of Taurus.

The phenomenon of the Full Moon consists of two full moons occurring in the same sign during a calendar year. This type of event is characterized by making conscious, that which remained hidden.

By positioning yourself in the sign of Libra and on the VI House of Taurus, the Double Full Moon of the 19th of April encourages the revision of the relationship you maintain with yourself, as well as habits and routines.

In March 2019, during the first Full Moon in Libra (20/03), the subject recognized those patterns of behavior that negatively affect their physical, mental and emotional well-being.

Now with the Double Full Moon in Libra, the truth becomes an undeniable fact, and the individual will feel compelled to take a final resolution and act accordingly, betting on his best version.

It is worth remembering that asteroid Pallas is retrograde in House VI of Taurus, which alludes to the manifestation of difficulties related to organization, and time management.

The natives of this sign will be obliged to seriously examine their schedules, and give their fair value to the activities they perform (prioritize), without underestimating the time of rest and self-care.

It is important to point out that, in April 2019, House XII of Taurus will have a considerable astrological movement, with the entry of the asteroid Vesta (03/04), the New Moon in Aries (05/04) and the entry of Mercury and Venus (on 17 and 20/04, respectively).

Vesta in House XII of Taurus aims to find refuge in yourself, and reconnect with spirituality. On the other hand, the New Moon in Aries on April 5, which will affect this same sector of the astral map (House XII de Taurus), is an invitation to break with the past.

The transit of Mercury and Venus on this site (House XII of Taurus) will be just what the native of the sign requires, to reflect on the past, from a perspective of forgiveness, and liberation.

Let us not forget that Uranus is found in the sign of Taurus, and its presence speaks of slow and definite changes, to get rid of the old schemes, to create new structures (to evolve). 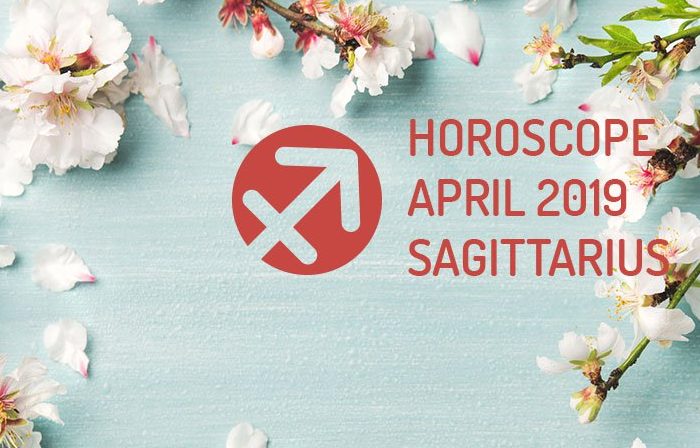 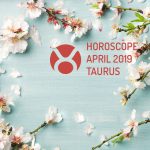