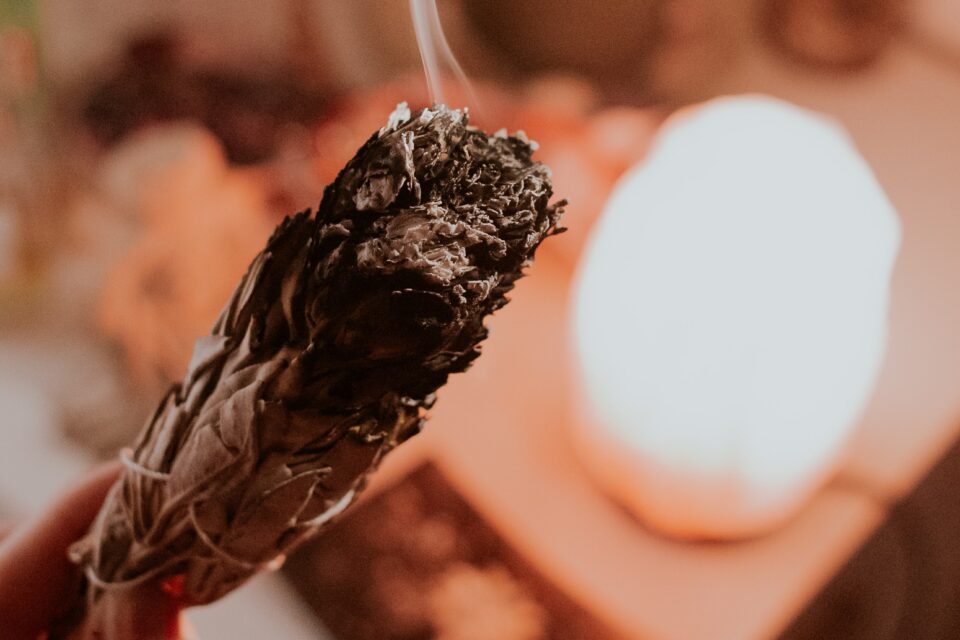 Usually, the ingredients used in this esoteric procedure include a candle; a ceramic or clay plate; spices, cereals, grains, seeds, herbs, coins, and oil (essential or not). There are different ways to prepare the abundance plate, since each practitioner usually develops their own procedure, according to their tradition, experience, location, and ease of access to the elements.

For example, while most opt ​​for the use of a single candle (candle), others prefer to use 5. Also, there are variants that include crystals (jade, green quartz, pyrite) and archangels (Raphael or Uriel).

What the specialists do agree on is that, before performing the ritual, an energetic / spiritual purification of the practitioner must be performed, and the space where the process will take place (your home).

Personal cleansing can be done with the aid of an auric spray; salt or herbal baths; smudging (spreading smoke from incinerated herbs); burning palo santo; or other preferred methods.

Note: some teachers recommend cleaning (with smoke) the ingredients to be used (vegetable elements, oil, candle, plate, coins, and others if any: stamps, quartz).

Remember that there are different versions of the steps to follow in the preparation of the abundance dish, leaving it up to the practitioner to use the one that best suits his needs, or his spiritual tradition.

Below, you will find a description of one of the best known procedures, which you can use as a final ritual, or as a basis to create your own version. You will need:

The fact that the numbers 3, 7 and 9 appear in the amount of ingredients to be used in the ritual of the abundance plate, is not accidental. The number three is linked to the creative power, the Trinity, and the union between Heaven, Earth, and Humanity (oriental culture).

In the same way, the number 7 is commonly associated with good luck and material prosperity; and the number 9 with the concepts of universality, and unlimited divine abundance (fullness, in oriental culture).

How to make the abundance plate? Part I

Once the personal purification is complete, and the workspace (and the ingredients, if you consider it necessary), place the plate in the center of a table (away from inflatable materials or combustible substances).

Attention: if you plan to use the representations of the elements, place them on the table, following the protocol of your spiritual tradition, before starting the ritual. Generally, the symbol of the Earth is positioned to the North; the Fire to the South; the Air to the East; and the Water to the West.

However, the arrangement of the objects may vary, depending on the querent’s magical path, his experience, or the use of a personal altar.

How to make the abundance plate? Part II

As a rule, the index and middle (middle) fingers are used when performing the anointing with oil; however, the practitioner is free to use another system. Likewise, it is advisable to rub the candle or candle an odd number of times, and visualize the objective (attract prosperity / abundance), during the process.

After anointing with oil, place the candle in the center of the plate. Take a handful of each of the cereals, grains, legumes, or seeds, and distribute them around the candle in 7 different piles, (without mixing them).

If necessary, spread the vegetal elements, so that they completely cover the area of ​​the corresponding section (being careful not to mix them, or that they are transferred to other sectors of the circle).

If you are going to use quartz fragments and crystals, it is time to spread them over the grains. Otherwise, place the 3 bay leaves directly on the cereals and seeds, (one on each side of the candle, and one behind, as if you were marking the vertices of an equilateral triangle: three equal sides and angles).

Once the bay leaves are arranged, other optional ingredients such as mint and thyme can be incorporated, or proceed to integrate the 7 cloves (one in each of the 7 divisions of the plate), and the 9 coins, according to your taste .

Important: those who choose to use the image of the Archangel Uriel, or Saint Raphael the Archangel, must place it under the plate, preferably before placing the candle on it. Another alternative is to position the image as close as possible to the arrangement with the ingredients.

What to do at the end of the ritual?

When the abundance plate is ready, the candle is lit, while affirmations, sacred codes, and prosperity mantras are recited, or the prayer of the chosen Archangels, if that was the case.

Needless to say, during the preparation phase, the practitioner must be in tune with the magical goal, confidence in the results, and positive thoughts.

Most specialists recommend letting the candle burn until the end, once it is lighted on. However, some teachers advise light it on for 10 minutes each day, and then blow out the candle (with a candle snuffer), repeating the operation for 3 consecutive months.

This last alternative is especially advisable for those people who, for one reason or another, cannot be attentive to the entire process of incineration of the candle (remember the safety measures).

After the candle has been completely consumed, there are two options for the practitioner, according to his preferences and spiritual tradition:

Note: If after the candle is completely consumed, a large amount of wax residue was left behind, you can grind it up and scatter it at a crossroads, or ultimately bury it with the seeds.

The abundance plate ritual can be done once a year, or every three months. If you decide to renew the esoteric procedure every quarter, remember to bury the ingredients, once the candle has been consumed.

Specialists in traditional magic suggest preparing the abundance plate every December 31; during the New or Waxing Moon phases. 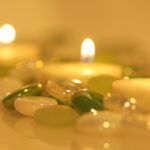 You may also like
Money rituals and spells: a ritual for prosperity in 2021