The World card: discover the meaning of this Tarot card - WeMystic

The World card: discover the meaning of this Tarot card 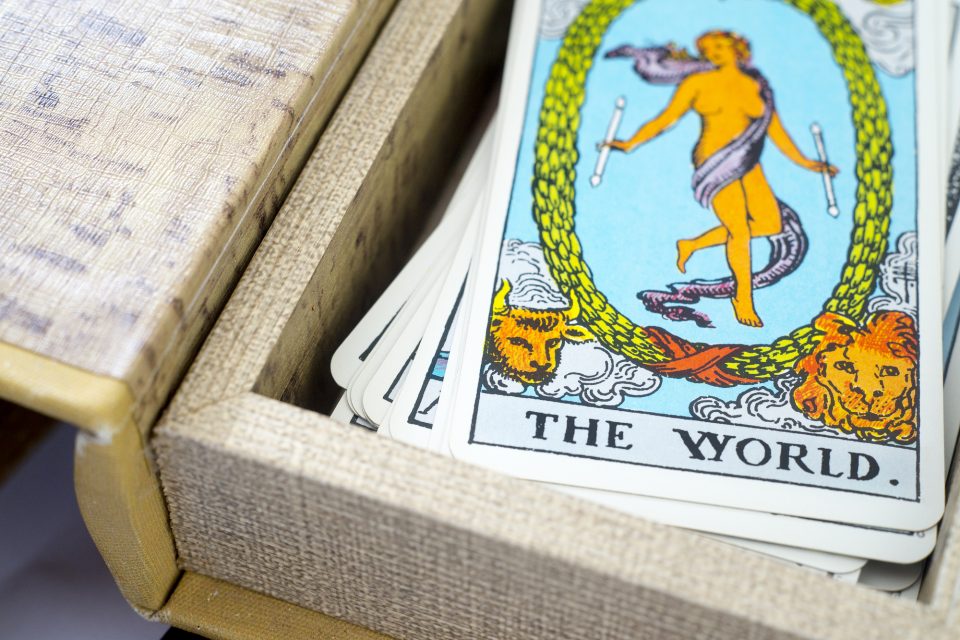 The Tarot deck is used for divination purposes to connect with Source, providing intuitive answers about life, future opportunities, and events to come with a set of 78 cards. By intentionally asking for guidance, the Universe provides answers through the cards that fall or are dealt. The World card of the Tarot sends a meaningful message of encouragement.

The World Card is the Number 21, which is the last card in the Major Arcana of the Tarot deck. The Major Arcana are the first 22 cards (the trump cards), numbered from 0 to 21. The Number 21 is a higher vibration of the Number Three, numerologically composed of the energies of Number One and Number Two.

Visual Illustration of The World Card 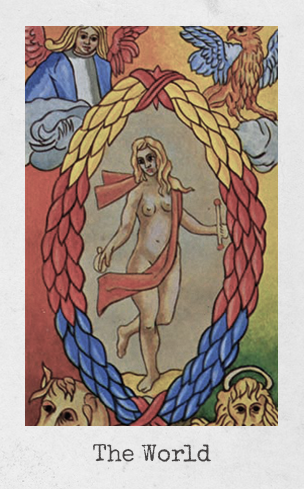 The illustration of The World card displays a feminine figure who is possibly dancing, but undoubtedly harboring a joyous energy within. Her legs are similar to that of The Hanged Man, as one leg is crossed over the other in a triangle formation. It is almost as if she is his opposite, as she is upright (while he is upside down).

She is surrounded by a green circular wreath. This wreath is reflective of accomplishment, victory, success and finality… just as the red ribbons of eternity that hold it together represent. These red bows are in the shape of the “infinity” symbol, which indicate reaping the infinite rewards of the effort she put forth to accelerate this growth within herself (and to those around her).

She holds a wand in each hand; these wands are a representation of balance and evolution. They are the truest indicator of attaining higher consciousness and spiritual enlightenment, by way of taking intentional action. This correlates with the “Wands” suit of the Tarot, which represent the ever-enthusiastic fire sign energies in the zodiac.

There is a figure in each corner of the card, which represent the same figures we see on The Wheel of Fortune card – a bull, a lion, an eagle and an angel. These are the fixed signs of the zodiac: Taurus, Leo, Scorpio, and Aquarius. The significance of “four” is also symbolic of the four elements, the four compass directional points, the four seasons, and the four suits of the Tarot (and traditional playing card) deck.

Additionally, just like The Wheel of Fortune, this card symbolizes the human experience and inevitable cycles of time.

What The World card means in a reading

When The World card appears in a Tarot reading, it indicates the end of a cycle, and a slight pause in life prior to a new and significant cycle beginning. The enlightened feminine figure is rejoicing the nature of completion and pausing to celebrate… all the while looking forward to the new beginnings she knows always follow an end.

This card relays a message of attainment: you have completed something worthy of acknowledgement or fulfilled a long awaited goal; you have (or should have) a well-deserved sense of accomplishment. Things came together, and you are presently within the divine timing of the Universe – exactly where you need to be.

Know that this feeling of accomplishment is entitled to be paired with an invigorating sense of excitement for the doors that are naturally opening for you in the next cycle of your life.

The World card is symbolic of being well aware of the world around us, collective consciousness, and a compassionate understanding that we are all one. This is a great time to give back to humanity and the areas of life that you are passionately involved in, as you now have much to contribute from your experiences that led to a well-earned wisdom and love-based mindset.

From a more literal perspective, The World card may also indicate foreign travel, especially in regard long-term stays when it comes to work, education or relocation.